Pere Aragonès wants a tool so that the citizens of Catalonia can vote in an agreed referendum and this involves having a "clarity agreement" that establishes the bases and conditions to make it effective. 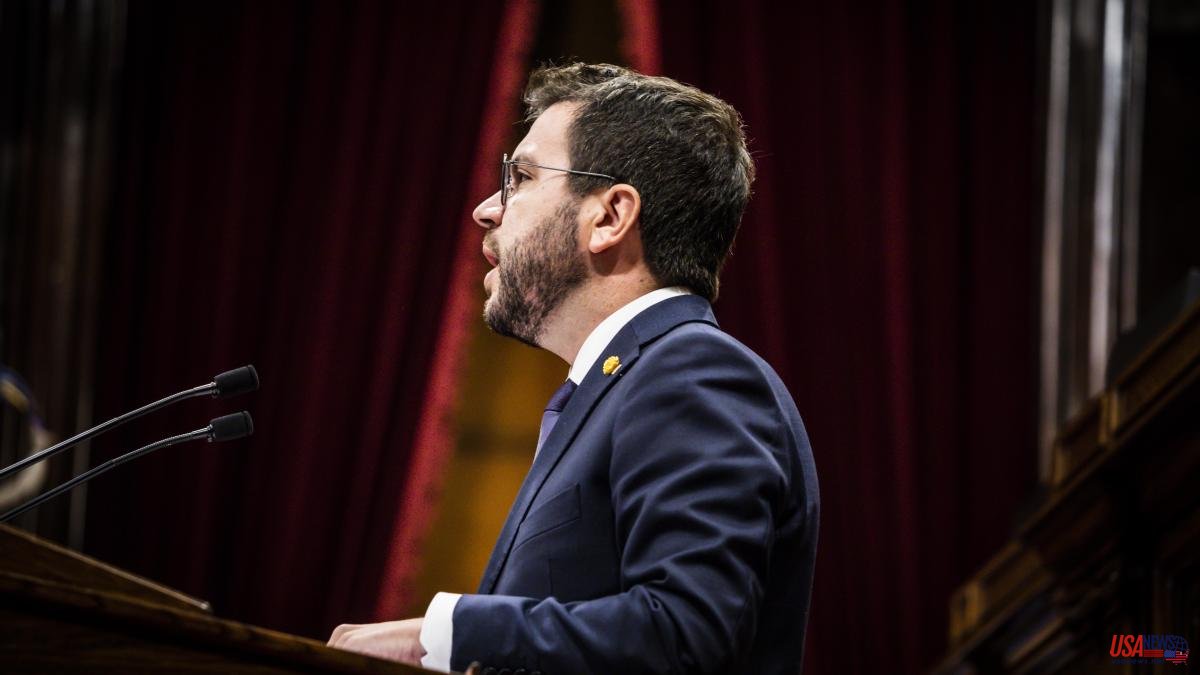 Pere Aragonès wants a tool so that the citizens of Catalonia can vote in an agreed referendum and this involves having a "clarity agreement" that establishes the bases and conditions to make it effective. The president of the Generalitat announced it this afternoon in the Parlament, during the general policy debate that he has reached with the magnifying glass placed on him both by Junts, his partner in the Government, and by the opposition. The idea, for the moment, is to establish the rules of the game with the involvement of experts, lawyers, political parties and civil society, but its materialization is yet to be defined. In any case, Aragonès is considering all the options, although it could lead to a new national pact for self-determination, and not so much to the crystallization of a law, such as the one created in Canada after the 1995 Quebec referendum, which set the conditions for future queries.

"It is a proposal addressed to the country as a whole with the aim of representing a vast majority of citizens that seeks to add a plural and diverse complicity", Aragonès assured, to reinforce the subsequent negotiation with the State. This proposal would have a first phase that would remain outside the dialogue table between the Spanish and Catalan governments and in which the independence movement would undertake a double process of accumulation of forces. On the one hand, to unite the maximum possible support and consensus within Catalan society, and on the other hand, to obtain the support of the international community. With these two pieces completed, the president of the Generalitat proposes, then yes, to propose this "clarity agreement" face to face with the State within the framework of the dialogue table. Aragonès has not set deadlines for all this.

The "clarity agreement" would be a starting signal with which they should study whether, for example, participation percentages are marked so that the hypothetical referendum would be validated, who will be called to the polls, if any law needs to be created or modified . "An agreement that identifies when and how Catalonia can again exercise the right to decide", Aragonès summarized.

For Aragonès, this approach has virtues. One of them, the example of Quebec, where the conditions for future referendums were established. To propose this clarity agreement, the president relies on the latest data from the Center d'Estudis d'Opinió (CEO), according to which 80% of Catalan citizens are in favor of the right to decide. Aragonès, relying on that study, recalled that "it is the option of 73.7% of PSC voters. And it is even the option of 50% of Ciudadanos voters".

Likewise, the head of the Government values ​​this option because, in his opinion, it places the attack back on the playing field of democracy, since the right to vote is promoted. In addition, as it has already repeated during the legislature so far, "it is the most inclusive proposal", since it involves supporters of independence and those who do not. "It is an inclusive proposal because it is addressed to all democrats, whether they are pro-independence or not." And, finally, he believes that the option agreed upon through this clarity agreement is the most homologous for the international community and at the same time is compatible with the idea of ​​"good government", of continuing to apply social and economic measures to face the day to citizenship day.

This first phase of construction of the agreement would be piloted from the Government. However, it remains to be defined if it is done through a position or figure created expressly for this purpose. Be that as it may, the task of gathering support, both within Catalan society and the international community, seems complicated, also taking into account that it will surely require a margin of trust from Junts and the CUP. Aragonès has recognized that the independence movement is "facing a blockade situation" that it has to overcome. "We can start from different points. Even opposite. We have diverse analyzes and diagnoses. But despite that, we have to overcome ourselves to move forward again," the president stressed in a clear message especially addressed to Junts and the CUP.

"Even if someone doesn't like it, reality is stubborn and today there is a vast majority of Catalans who want to decide the future of the country by voting in a referendum", Aragonès assured at the end of the speech that was applauded by the members of the Govern de Junts, but not the post-convergence parliamentary group.