"We define ourselves as Catalan independentists and European federalists. 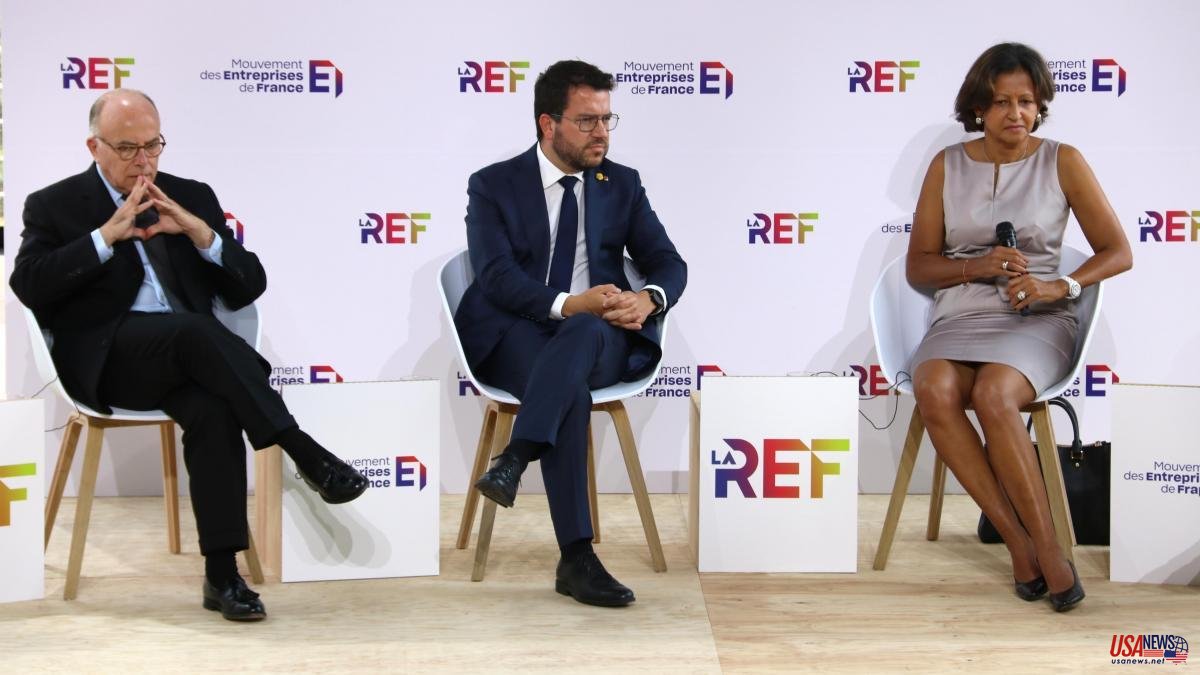 "We define ourselves as Catalan independentists and European federalists." Pere Aragonès has taken advantage of the invitation from the French employers' association Medef to ensure in Paris that sovereignty keeps alive the aspiration of an independent Catalonia within the European Union. The title of the debate “Autonomous or independent. But Europeans above all!” It has given the president the opportunity to vindicate this desire once again. It has not considered whether that possibility exists administratively, but it has justified that a hypothetical independent Catalonia cannot remain isolated because "in a world like today, with threats and challenges such as climate change, in the economic, energy and security, cooperation between states is essential.

Aragonès took part in an hour-long talk at the Longchamp racecourse, on the outskirts of Paris, together with former French Prime Minister Bernard Cazeneuve, the president of Corsica, Gilles Simeoni, and the vice president of the Guadeloupe region, Marie- Luce Penchard. It was planned that the French Minister of the Interior, Gérald Darmanin, would also participate, but in the end he did not do so for personal reasons.

The president of the Generalitat has referred to the non-agreed referendum of October 2017 in Catalonia and the judicial consequences it has had. "For a year we have resumed a negotiation process to find a solution to this political conflict", he recalled before those present, in which the Government demands an agreed referendum and amnesty. These words are especially relevant if one takes into account that Junts has given himself a month of margin to finish deciding whether to leave the Government in the future. The postconvergents intend to shape the amendment that they have formulated since the beginning of the legislature to the ERC strategy in the national axis, which is based on the dialogue table.

For Aragonès, independence is the best way to manage a Catalan society "neither better nor worse, but it has its uniqueness". The head of the Catalan Executive has underlined that the independence movement, in his opinion, is "deeply Europeanist" and has repeated that an independent Catalonia "makes sense within the framework of the EU".

Simeoni, for his part, has also put Corsican independence aspirations on the table, has sympathized with the Catalan sovereignty movement, but has also made a difference. The president of Corsica has recalled that they are "far from having a statute of autonomy" like that of Catalonia. The reply has come from the former French Prime Minister: Cazeneuve wanted to emphasize that "there is only one French people" and has looked back in time to affirm that "nationalism feeds war".

At this point, Aragonès has stressed that the Catalan independence movement will not be the one to tell "the Corsican people or the French how they should organize themselves". In any case, the president has assured that they view the situation with respect, while at the same time he has highlighted "the long history of complicity with the Corsican movement" that he maintains that the Catalan independence movement maintains with the Corsican. “Societies should be the ones to decide”, he has sentenced.