Aragonès maintains his faith in the negotiation, but admits that “no progress has been made since the pardons

Together with the language in Catalan schools, another of the main concerns these days in the Government is the blockage in the resolution of the Catalan conflict. 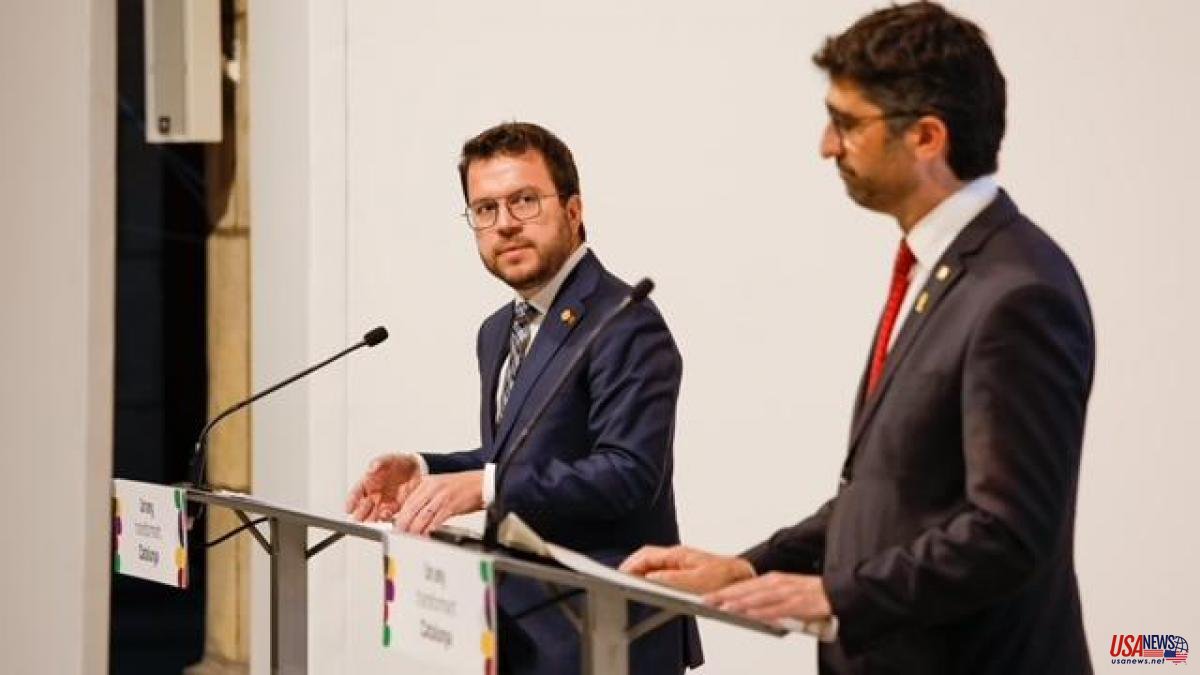 Together with the language in Catalan schools, another of the main concerns these days in the Government is the blockage in the resolution of the Catalan conflict. The dialogue table has not met since September 15 of last year. Pedro Sánchez was postponing for months a meeting that the Generalitat hoped would take place at the beginning of the year. The espionage with Pegasus on some sixty people from the pro-independence environment -among them the president of the Generalitat himself- ended up freezing relations between the two governments and Pere Aragonès continues to demand explanations before taking any other step. For this reason, he has considered that it is “absolutely essential that the State Government moves” and that responsibilities are assumed and that there are guarantees of non-repetition of espionage. In line with his latest interventions, the head of the Government has again avoided giving names and surnames of resignations for the Pegasus case.

Today, during an appearance at the Palau de la Generalitat together with the vice-president Jordi Puigneró to take stock of the first years of the Government, the president has recognized that the resolution of the conflict "is complex". “It is evident that the evolution up to now is not going as we would like and the results are not yet what we expected”, he has admitted and later pointed out that “since the pardons have not been sufficiently advanced and the judicial persecution continues”.

If it is also taken into account that the Supreme Court has changed its criteria and has ordered that pardons be studied for the leaders of the procés, the stones on the road multiply. But despite the difficulties, Aragonès continues to firmly believe in negotiation as a path to self-determination and amnesty.

The head of the Government has explicitly referred to the dialogue table. He has done it to highlight "the difficulties" that he is encountering, "but for progress to be made, the will of both parties is needed," he has said by way of reproach to Sánchez. The president believes that the socialist leader must move, first giving explanations about the espionage revealed at the end of April by Citizen Lab, in order to restore "trust and credibility" necessary and lost after the interference recognized by the National Intelligence Center (CNI) on 18 mobile devices.

Aragonès has referred to Sánchez's scheduled appearance this Thursday in Congress on this matter. “We will be attentive to the explanations that he gives”, he has affirmed. The Generalitat hoped that the meeting between the two leaders would have taken place before it. However, the president of the Generalitat has stated that he does not want that appointment, if it occurs, "to be a photo" and has stressed that the important thing is to deal with the content of that face-to-face meeting that Sánchez personally promised to Aragonès during his visit to Barcelona. "The question is not to meet, but the measures that the Spanish Government has to undertake." However, the Catalan leader has acknowledged that there are still contacts to try to find a date for the meeting.

The recent decision of the Supreme Court to agree to review the pardons of nine pro-independence leaders for 1-O does not help the climate of reestablishment of relations that Aragonès would like with Moncloa. For the president, the Supreme Court "is highly politicized and it seems that he plays to what color the judge is, if he is blue or red, if he is from the PP or the PSOE." He has also pointed out that if there have been changes in the criteria it has been due to changes in majorities in the High Court. “It is very easy to attribute the sympathies of the judges to one party or another”, he has remarked, for which he has ensured that the new analysis of the pardons is political and not judicial.