Shortly after it became known in mid-April that 65 people from the pro-independence environment had been spied on with Pegasus, the president of the Generalitat announced that he would file a lawsuit.

Shortly after it became known in mid-April that 65 people from the pro-independence environment had been spied on with Pegasus, the president of the Generalitat announced that he would file a lawsuit. Today, finally, the legal team of the Generalitat already has it ready and will present it against the former director of the National Intelligence Center (CNI), Paz Esteban, and the Israeli company NSO Group, owner of the espionage program, in “the next few hours ”.

The Government spokeswoman, Patrícia Plaja, at a press conference together with the Minister of Business, Roger Torrent, and after the Consell Executiu this morning, explained that the complaint will be presented this Tuesday, "tomorrow at the latest". According to the Catalan Executive, the facts denounced by Catalangate may constitute crimes of unauthorized interference in computer equipment, illegal interception of communications, computer espionage, and the production and acquisition of spyware and other crimes against fundamental rights. The criminal action is initiated against Esteban and NSO Group, but may be extended to any legal or natural person to whom the instruction may attribute responsibilities, whether criminal or civil.

This complaint comes after a whole series of legal actions from the independence sphere that have had little progress. The one presented in April 2020 by Roger Torrent and Ernest Maragall was provisionally filed by the judge, pending the investigation that was commissioned. And after learning of the Citien Lab report on espionage (April of this year) only that of Òmnium Cultural has been considered for admission, but only to clarify whether the mobile devices of those affected were really infected, and if it is So who made them? The bulk of the complaint was dismissed.

The entire Pegasus case is what is preventing relations between the Spanish and Catalan governments from thawing. In the Generalitat they are still pending to specify a date and the content of the meeting between presidents that is planned for this month of July and that should channel the thaw after a first meeting a few days ago between the Minister of the Presidency, Félix Bolaños, and his counterpart in the Government, Laura Vilagrà.

Be that as it may, the report made public by Citizen Lab determined that Aragonès' mobile phone was infected on at least four occasions when he was Vice President of the Government led by Quim Torra. Plaja has assured that these attacks violate the individual rights of the president, "but at the same time they have a projection that extends to the rights linked to the exercise of his political and representative responsibilities", taking into account, according to the spokeswoman, that no can ensure that Aragonès has not been spied on as president of the Generalitat.

According to the Citizen Lab report, the infections occurred during a temporary context, in January 2020, when Aragonès and ERC were negotiating the investiture of Pedro Sánchez as President of the Government. It is also the time when Torra's deputy act was withdrawn. “It is obvious that the NSO company must have systems to verify the legality of the use of its technological tools,” Plaja stated, later lamenting that they are not effective enough to prevent “massive political espionage of government or non-governmental actors. ”.

“That the espionage we are talking about is linked to the CNI is already obvious today,” Plaja stressed, for which he considers it necessary to ask the body who specifically makes use of this program, who is the person responsible and Who has it been used against? It should be remembered that in the appearance before the Official Secrets Commission, Esteban acknowledged the espionage of some 25 people, of whom he provided the names and surnames of 18. The rest were not revealed because they were not included in the Citizen Lab report. All of them, According to what he said, they were spied on under judicial authorization, and in the case of Aragonès, by the alleged leader of the Defense Committees of the Republic (CDR).

Plaja has recalled that appearance and has underlined that in his opinion "it is evident that the characteristics of the targets spied on demonstrate a clear motivation of a political nature". "What has been done is a criminal offense that has to be investigated," the spokeswoman judged.

The complaint is filed with the courts of Barcelona and will be assigned to the investigating court that plays in turn. 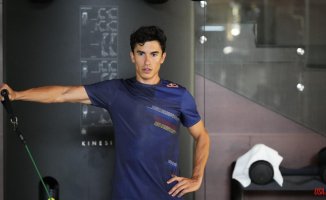 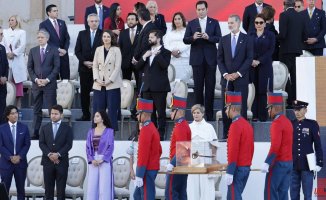