The president of the Generalitat, Pere Aragonès, has assured this Tuesday that before the end of the year there will be a concretion in the dejudicialization process that the Government and the Government agreed at the dialogue table. 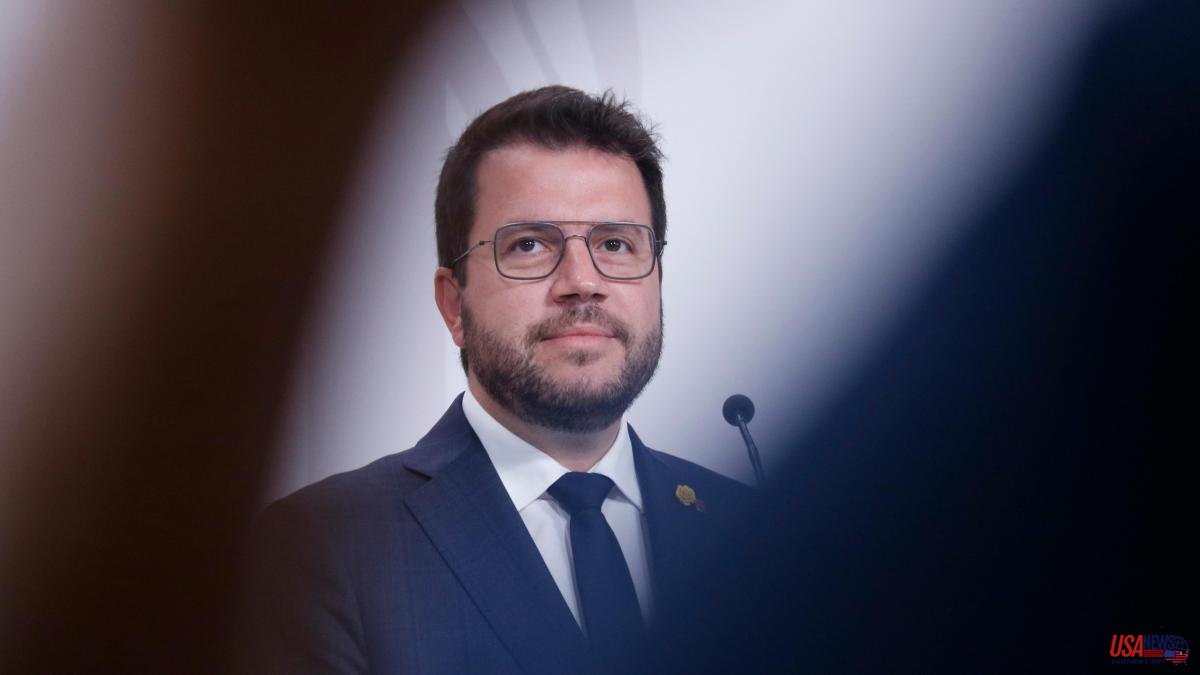 The president of the Generalitat, Pere Aragonès, has assured this Tuesday that before the end of the year there will be a concretion in the dejudicialization process that the Government and the Government agreed at the dialogue table. "Before the end of the year it has to be finalized. There must be certain agreements and legislative changes in the dejudicialization process," said the head of the Catalan Executive in an appearance after the meeting of the Consell Executiu, in which he took stock before the political holiday break.

Likewise, after several members of the central government with the president, Pedro Sánchez, at the head, have affirmed in recent weeks that the necessary majorities do not exist for the reform of the crime of sedition and rebellion in the Penal Code, Aragonès has indicated that he is "convinced" that they do exist, and has prescribed "discreet work and the will to come to an agreement". However, relying on the discretion that he considers "necessary", he has refused to clarify whether he was referring to the reform of these two crimes when he demanded legislative changes before the end of 2022. "Majorities are built and we are willing to build them", has ended afterwards.

During his speech, the president has also replied to one of the arguments that Moncloa brandishes when defending the negotiation process with the Generalitat. "If Sánchez is so sure that dialogue and negotiation minimize or neutralize the independence movement, and he is so sure that they will win, let him put the ballot boxes," Aragonès challenged. "They don't put them on because they know they won't win," he added.

In relation to the dialogue with the Government, Aragonès, "clear and exhaustive", has affirmed that the first agreements "will be temporary, partial and begin to build a path" and has described the current phase as work on "construction measures of the trust". "But the objective remains unchanged: amnesty and self-determination," opposed the president, who has reiterated that the solution is "far away" because without a vote of the citizens there is no possible resolution to the conflict, although he has focused on the situations prosecuted, for which he claims amnesty.

"Never again should a person go to jail for his political commitment and his public responsibilities in defense of the freedom of Catalonia. Nobody should go into exile, nobody should see their heritage in danger, nobody should be disqualified. Therefore, we will move forward, step by step, safely and confidently", the pro-independence leader has settled.

Regarding the situation of the Catalan Executive after the suspension of Laura Borràs as president and deputy of the Parliament, the also national coordinator of Esquerra Republicana has indicated that the matter has not been addressed in the meeting of his cabinet. "The will expressed on my part is that there be the best possible climate so that the Government can continue with its work," he asserted.

Regarding the disagreements between coalition partners, he has asked for "a long look", "isolating oneself from empty criticism" and from the "day-to-day warfare", while stressing that all its ministers already do so in part , those of Junts and those of ERC, and that is why the Government "advances". "Empty criticism that responds to party interests must be isolated and rhetoric for rhetoric's sake should not guide us," he summarized.

Junts per Catalunya is part of the Government but does not support the strategy of dialogue, and the president of its parliamentary group, Albert Batet, asked Argonès to reflect on this folder with an eye toward the general policy debate, which will take place in September in the Catalan Chamber and that JxCat has marked in red on its calendar. The head of the Executive has highlighted that it is always good to think, and once again has said that if there is an alternative proposal to the concrete dialogue, he will value it.

On the economic side, Aragonès has expressed his willingness to approve the next budgets of the Generalitat, with the CUP and En Comú Podem, with whom he facilitated his investiture and with whom he cast his votes last year to approve the 2022 public accounts. In this sense, he has pointed out that in the budgets, the most important law for any government, there will be "shock" measures to combat the effects of inflation, in the sphere of families, but also in the business sphere.

"There will be help lines for the most vulnerable families and economic sectors and company profiles that have their business continuity at risk," the president advanced, detailing that the objective in this second point will be "to guarantee that business activity can continue". "The fewer closures the better, we will apply the same scheme that existed during the pandemic," explained Aragonès, who stressed that the fiscal level that exists now in Catalonia is "adequate."

In addition, the head of the Government has explained that a macroeconomic picture of recession is not expected in Catalonia next year, although there will be economic growth of "lesser intensity".