Aragonès aspires to seal a clarity agreement during 2023

"2023 has to be the year to give shape to the Catalan proposal for a clarity agreement. 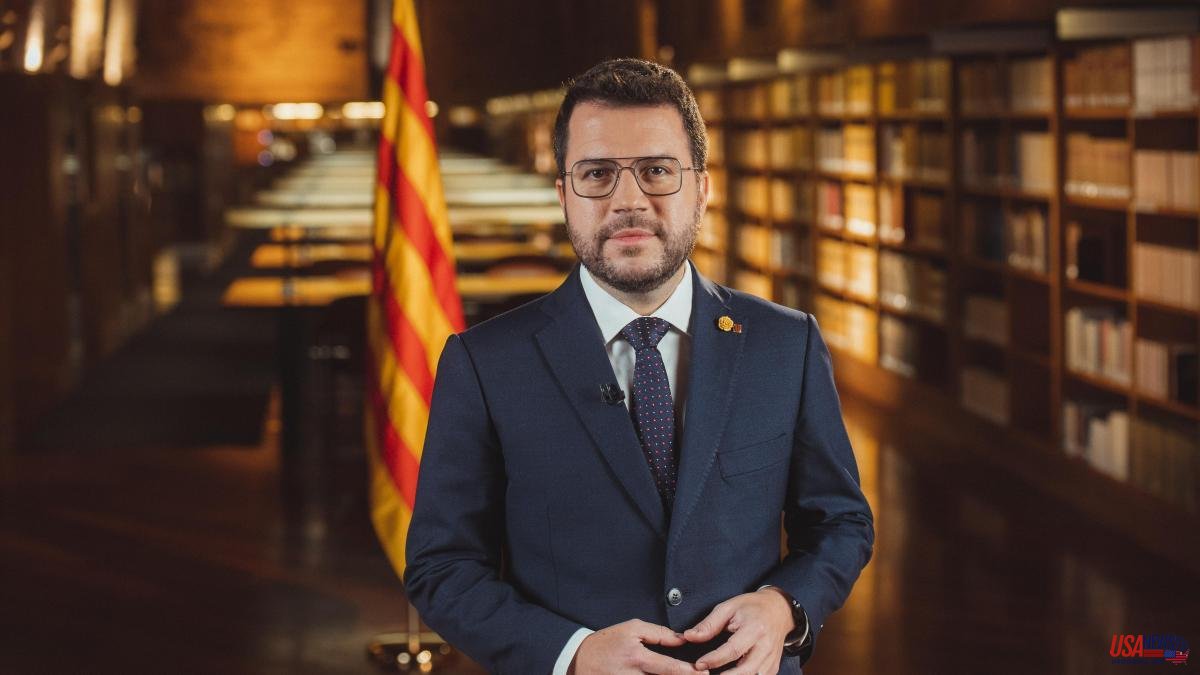 "2023 has to be the year to give shape to the Catalan proposal for a clarity agreement." Pere Aragonès has insisted this Monday night on carrying out a great pact between social, economic and political agents, all from the Catalan sphere, which sets the conditions for a referendum agreed with the Government. The initiative was launched in Parliament on September 27 without setting deadlines. But yes, he has done it this time, during his institutional Christmas speech: it has to be configured next year.

The president insists on a proposal that was born lame, since it was rejected just three days later in the Catalan Chamber with the only votes in favor of Esquerra and the commons. Junts, who at that time had a week left to live in the Government, abstained. In addition, Moncloa has been in charge of putting the brakes on the Aragonès project in recent days and has stated that "there will be no self-determination referendum", that it is "unconstitutional", and that "it will not be held".

Even so, the Republican is confident. He has picked up a run thanks to the results of the dialogue table. The momentum is even greater after seeing that the crux of last year's institutional message, also during the Sant Esteve festivity, has been fulfilled: "2022 must be the year in which we begin to unblock the conflict with the State, it has to be the year in which the negotiation with the State advances and begins to contribute tangible results”, he observed then. “To persevere is to advance (...). The negotiation to resolve the political conflict is beginning to bear fruit ”, he proudly proclaimed on this occasion.

So now for Aragonès it is essential to open a new phase that addresses the axis of self-determination. The clarity agreement is his bet and to shape it the president proposes to promote in 2023 "a debate, a great conversation with the whole of Catalan society". It would be "a great agreement in Catalonia that is explainable and internationally comparable" and that ultimately should be outlined and retouched with the Spanish Executive.

It remains to be seen if the dialogue table is staged again. La Moncloa wants to hibernate it; at the Palau de la Generalitat they do not throw in the towel and believe that they can see each other again before the end of 2022. They remember that the date of the last of the appointments, that of July 27, was made official the previous afternoon.

Aragonès has delivered his speech from the Llevant room of the National Library of Catalonia, in Barcelona. It is one of the most representative samples of Catalan civil Gothic and is part of the Catalan cultural map. Last year he already spread his institutional message on December 26, thus breaking the tradition since 1980 of the presidents of the Generalitat of making his words coincide with New Year's Eve.