The president of the Generalitat de Catalunya, Pere Aragonès, participated this Thursday in a United Nations forum on minorities in Geneva in which he expressed his concern about the future of the Catalan language and assured that Spain, like France or Italy, "will not offer the recognition and protection that every language deserves. 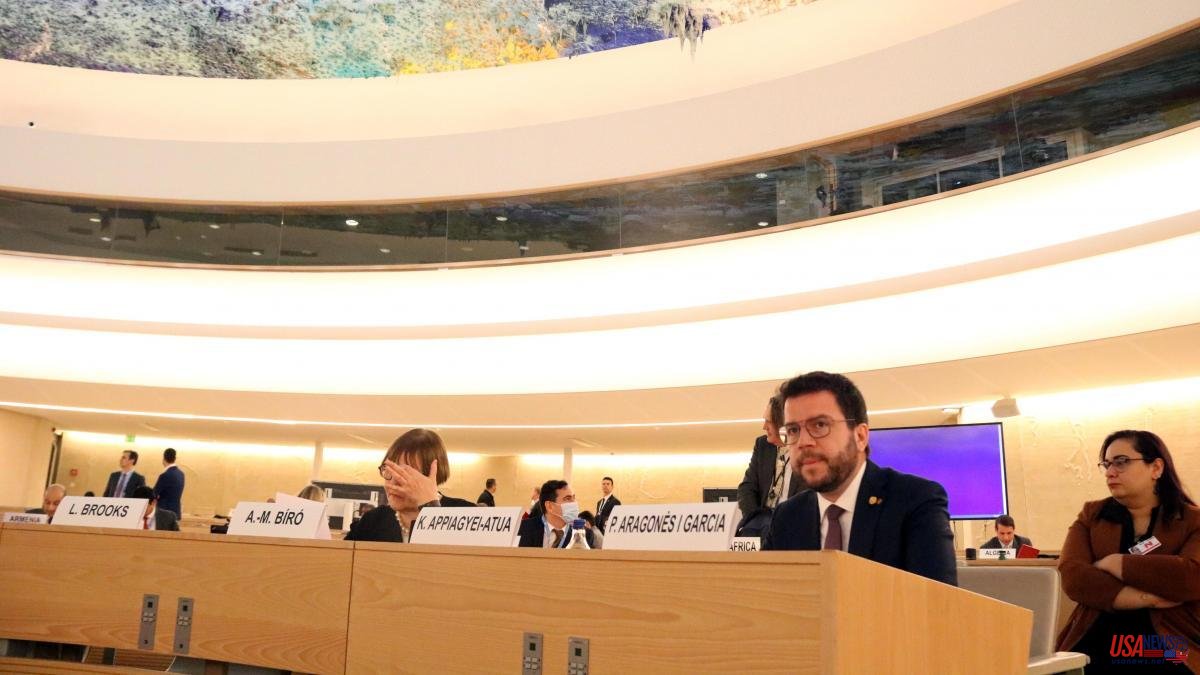 The president of the Generalitat de Catalunya, Pere Aragonès, participated this Thursday in a United Nations forum on minorities in Geneva in which he expressed his concern about the future of the Catalan language and assured that Spain, like France or Italy, "will not offer the recognition and protection that every language deserves.

In front of more than 500 representatives of various governments and minorities, Aragonès assured that Catalan is a language "not of minorities but it is 'minoritized'" and presented Andorra, where it is official, as the only State where this language has adequate protection .

"We participate in this forum as a nation without a state, with great concern for the future of our language, Catalan, and for how we can preserve our linguistic diversity", highlighted the president of the Generalitat, who stated that this language "plays a role fundamental in guaranteeing and promoting social cohesion".

Aragonès recalled that Catalonia has developed language policies in the more than 40 years of democracy, which have resulted in the use of Catalan in institutions, public media, education or place names, sharing official language status with Spanish and the aranese

"We have taken advantage of the recovery of our institutions, with limited sovereignty, to stop the replacement of the Catalan language by Spanish," said Aragonès, who added that this process of "linguistic, national and cultural assimilation" also affects the Valencian Community and the Balearic Islands.

This process also includes "a conscious political and economic recentralization", assured the Catalan president, who used Catalan and English in his speech.

Aragonès mentioned as an initiative to defend Catalan, a language that - he said - is spoken by 10 million people in four countries, the Pacte Nacional per la Llengua, a proposal by the Government at the request of Parliament. Said pact, he stressed, defends among other ideas that imposing state languages ​​in "nations without a state" such as Catalonia supposes an erosion of minority languages ​​"that violates our human rights."

The XV Forum of Minorities of the United Nations is held in the Human Rights Room of the Palais des Nations, the European headquarters of the UN in Geneva, with the presence, among others, of the president of the Human Rights Council, Federico Villegas, and the rapporteur for minority rights, Fernand de Varennes. Aragonès held meetings with both before the start of the forum, as well as with the UN high commissioner for human rights, Volker Türk.