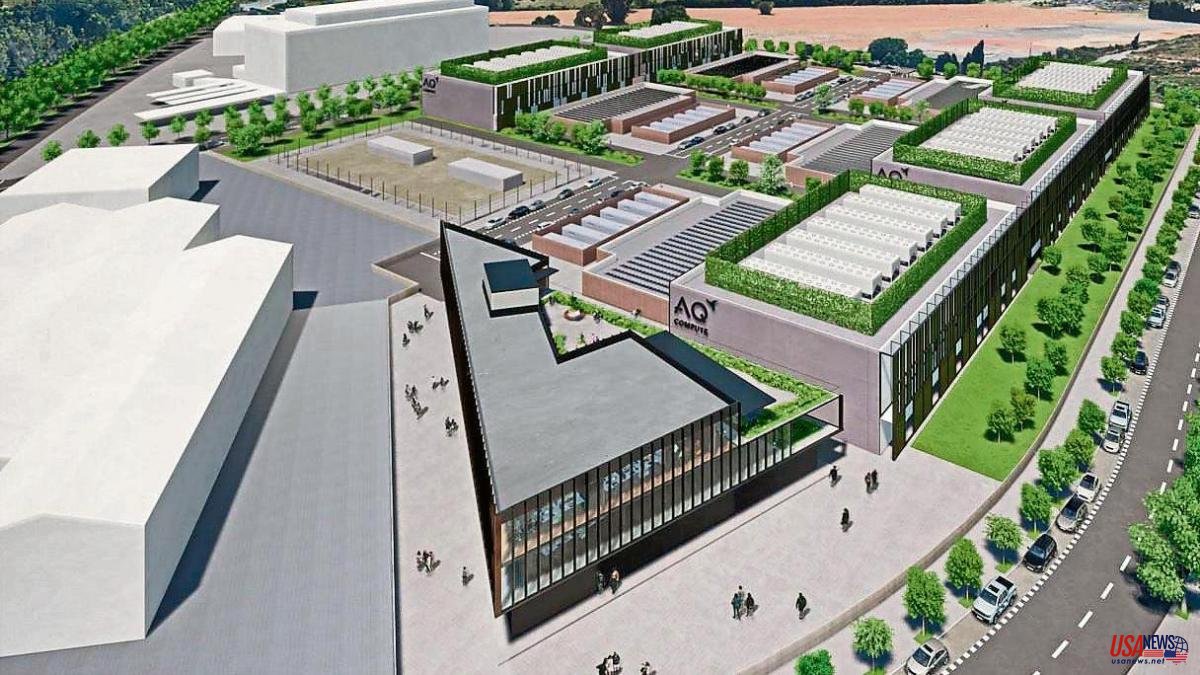 Barcelona, ​​along with Oslo, have been the two cities chosen by AQ Capital to start building its network of data centers, which it wants to extend to twelve European capitals. "These are markets that are now considered secondary, but have great growth potential," explained the company's CEO, Petter M. Tømmeraas.

Barcelona now has 17 MW of installed capacity in its data centers, and plans to take it to 84 MW, still far behind Madrid, which has 240 MW in projects. Enrique Martínez Laguna, vice president of the CBRE consultancy, explained that the capacity of data centers in Catalonia will be multiplied by five in the coming years. The city benefits from its strategic location: it is the entrance of the underground maritime data cable that links Europe with Africa and with the center of Europe through Marseille. There is also a large market of users and industrial and technological fabric.

CBRE, explained Martínez Laguna, will be the manager of AQ Compute's data centers, as well as its real estate advisor to search for locations throughout Europe. Elliot Zounon, director of Data Center Solutions of the consultancy, explained that it is currently difficult to find land to open these facilities, which require the complicity of the administrations because the operator has to make a large investment with a long-term horizon.

Henry Daurnet, executive vice president of AQ Compute, assured that after the Cerdanyola center the group is preparing to open another two in Catalonia "because normally the companies that occupy them need 'redundant' facilities within a radius of a few kilometers that guarantee that in the event of any unforeseen, connectivity will be maintained”. The Cerdanyola center, which will open in 2024, will have 7,000 m2, five buildings, a direct connection to the submarine cable and a training and innovation center. "It will not be an empty box, but a hub of talent and qualified employment."

Rolf Zarnekow, CEO of Aquila Sustainable Infrastructure, recalled the commitment of the German group in Catalonia where it has already invested 790 million euros, mainly in the real estate sector: it has bought 350,000 m2 of land and has built 2,060 homes.