Apes go on the attack

Planet of the Apes has landed in Yamaguchi, the capital of Japan's least populated prefecture. 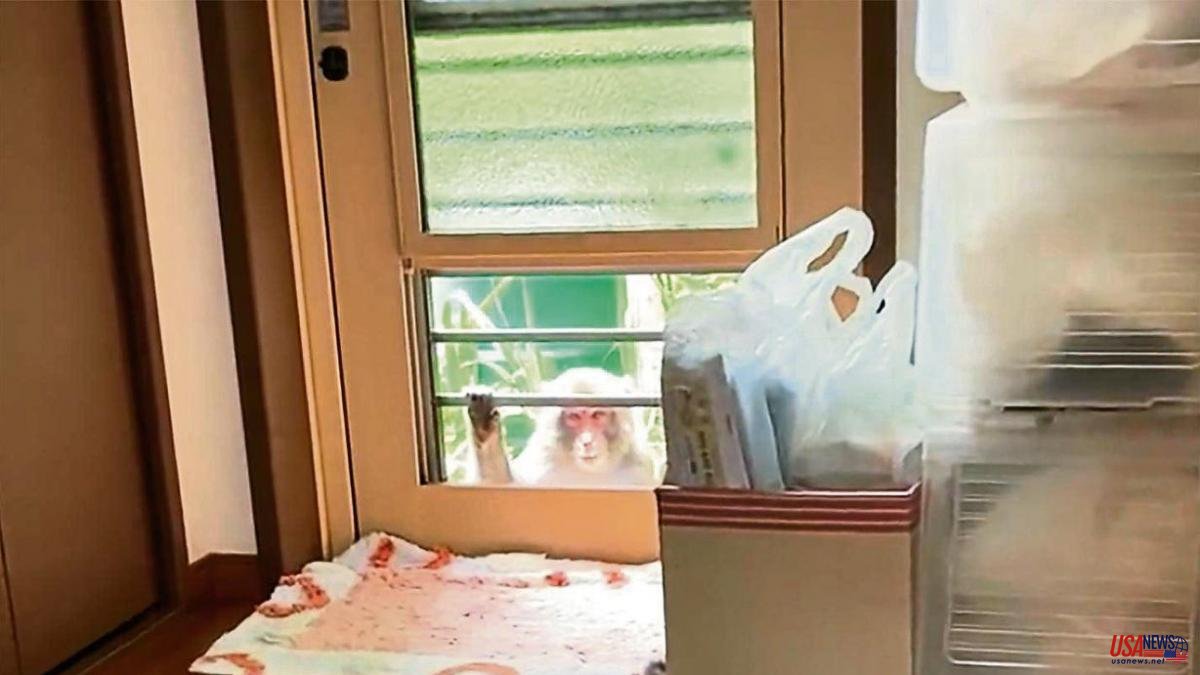 Planet of the Apes has landed in Yamaguchi, the capital of Japan's least populated prefecture. It seems that July is the month of the monkeys: aggressions on an unusual scale have forced the authorities to resort to hypodermic weapons to calm them down.

In some cases, it seems like the prelude to an apocalyptic movie, although the comic tone is indisputable. The antagonists entered homes through sliding doors or through open windows. “I heard crying from downstairs, so I hurried downstairs,” a father told the Japanese press. Then I saw a monkey hunched over my son." Seeing these incursions, the authorities recommended the closure of any point of entry.

The party then moved to the streets. The police were patient. The traps did not work: the monkey, or monkeys, because their number is not yet known, roamed freely. Interestingly, the size of the attacking force was also not known with certainty. "Whether a monkey is small or large, it changes from person to person, since it depends on the perception of it," Yamaguchi City Hall official Masato Saito told CNN.

The aggressor had also evaded the patrolling of the authorities, who, in turn, had decided to change their strategy and bet on tranquilizer dart guns. A few days ago they finally reported the fateful fate of a “terrorist” monkey. A relief, of course, for the people of Yamaguchi.

Hopefully it's not the last run. It is not possible to know if the other macaques will fall under the sedative influence of the darts, but the press closely follows the adventures of the assailant apes.

In the past, now home invaders were an endangered species. At the beginning of the 20th century, nobody would want to be a monkey: they were food for humans, if parts of their body were not used for traditional medicine. That is why, as a result of the Second World War, measures were promoted to recover the population: hunting was prohibited and forests near human settlements were restored, producing "rich food resources" for the animals. This was explained by Hiroto Enari, an expert in primates, in a recent study by Yamagata University.

These efforts paid off. Too many, in fact. The monkeys reproduced without control and today they have everything they need to harass civilians wherever they want. The conservation of the species, paradoxically, has "provoked and intensified", says Enari, human-macaque conflicts to the point that people who live near these animals run the risk of seeing their habitat besieged.

Yamaguchi's attacks are unusually dramatic, according to Enari. "If humans give them a lot of opportunities to learn, they might cause more conflict," he explains. Each attack, he adds she, gives the monkeys a chance to perfect the annoyance to each other. For example, removing roof tiles or messing with garbage dumps. The main concern is that the animals could spread hepatitis B or other diseases.

It is also not the first time that Japanese citizens have become prey for monkeys. Although some 25,000 are killed each year, hunting them remains illegal in Japan and the population continues to grow. One reason, Enari says, is that macaques are moving into abandoned areas near shrinking rural communities.

In this aspect, Yamaguchi presented itself as the perfect setting, with its residential neighborhoods nestled between hills and mountains. "I don't know if something is happening in the mountains," explains Masato Saito. It's hard for humans to know. What is clear is that a line has been crossed and we have to do something.”

These apes are listed by the International Union for Conservation of Nature as a species of "least concern." At the same time, the constant attacks and excessive population growth cause “increasing concern”.