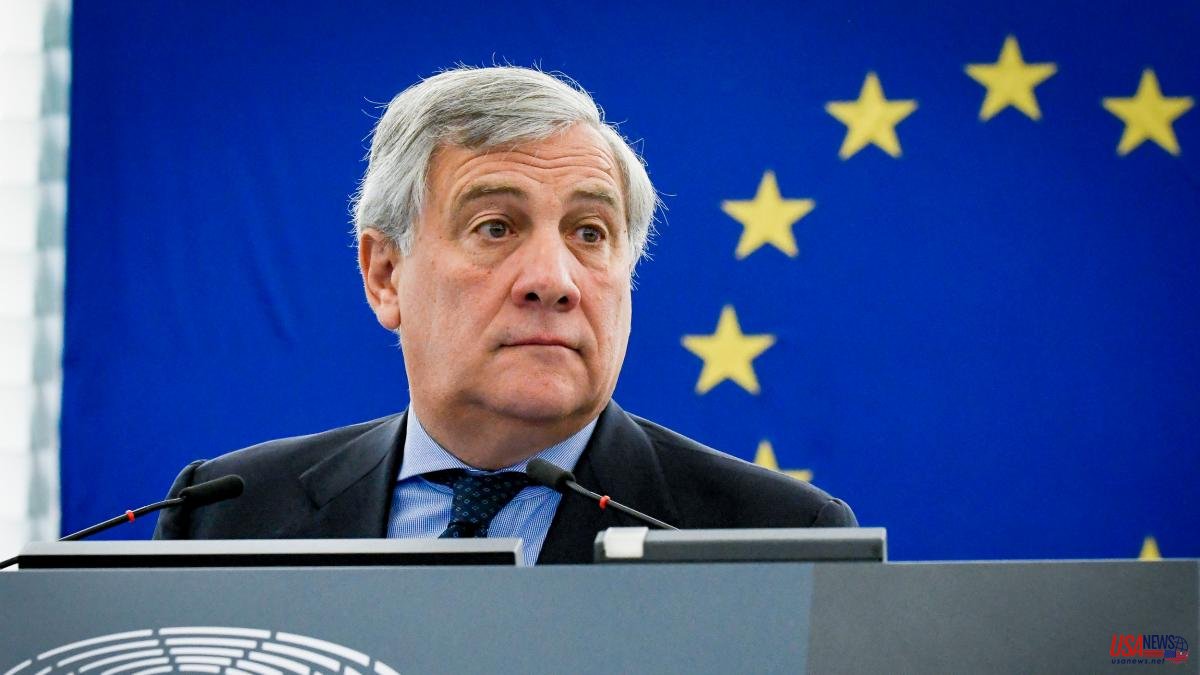 The leader of the European People's Party (EPP), Manfred Weber, traveled to Rome to publicly endorse Forza Italia governing jointly with Giorgia Meloni's Brothers of Italy and Matteo Salvini's League, as predicted by electoral polls in Italy. The former president of the European Parliament Antonio Tajani (Rome, 1953), is the party man who is traveling the country on behalf of Silvio Berlusconi, who at 85 prefers to limit himself to interviews and social networks. In an interview with La Vanguardia, Tajani defends that, with the approval of the EPP, his party will be the guarantor of Europeanism in the probable future Italian government.

Seeing Meloni's advantage over Forza Italia, do you think it was hasty to topple Mario Draghi's government?

It is not our responsibility. The 5 Star Movement (M5E) and the Democratic Party (PD) did it because we have always said that for us, Draghi could be prime minister until the end, but without the M5E because they tried to kill the government. Then it was Draghi's decision to leave him. We said that we would go ahead, but without the M5E, because if they tried it once they would do it again. But the PD said no, he didn't like having a party on the left. We already see it, the M5E is taking votes from the PD. In the polls the M5E goes up, and the PD goes down.

Should Europe be worried about a Meloni government?

But with 8% of the votes according to the polls, to what extent will they have room to influence foreign policy?

I think we will get more than 8%. It is the quality, the experience of Forza Italia in the business, industrial or European policy sectors.

We defend the rule of law around the world. We have voted with the EPP against the decisions of the Orbán government. The left speaks of the rule of law only when there is a government of the right or extreme right. We always do it, also in Venezuela. It does not seem to me that the M5E I do. Why don't they speak against Maduro?

Does Forza Italia agree to leave the government if Italy sides with Hungary on the cohesion fund issue?

Berlusconi has said that we cannot participate in a government against Europe and against the US. Let's start, let's see what happens. Before we win, before we make the government, but in our program it is already that it will be a pro-European, Atlanticist government in favor of Ukraine.

Salvini insists on withdrawing the sanctions on Russia.

It is more economic than political. Yesterday he said that he was against Putin.

I am leaving the EU after 30 years and I am going to put my experience to work for my country. But I'm not asking to be anything, I'll do whatever it takes, I can also be a deputy.

Do you think that the EPP, after supporting a Forza Italia government with Meloni and Salvini, would also bless an alliance of the PP with Vox?

It is a decision of the Spanish PP. I don't understand why a coalition with Vox is always a problem and there are no problems if the coalition is with Podemos, which organized demonstrations against the NATO summit in Madrid.

The relationship is between Italy and Spain. It is a country that is a friend of Italy, we will not change our position if there is a government of the left or the right. We are friends of the PP, but the relationship is between governments. The important thing is a stronger Spain in the EU. Europe cannot be just France and Germany. More strength is also needed from the Mediterranean countries.

In Spain there is talk of the possible construction of a gas pipeline between Spain and Italy if the Midcat cannot be built due to the opposition of France. If you are foreign minister, would you support it?

All infrastructures that can help development are positive. If we can do it at a European level, better. For this reason, if there is an Italy-Spain coalition, it could be a good solution to lower the price of energy.

What do you propose to lower the price of energy?

We propose an action at a European level so that there is a control on the price of gas. You have to keep the Amsterdam stock market under control. It is necessary to make the division between the energy produced by gas and by renewables. And at the national level, we are in favor of nuclear energy as Europe has said and then take more gas because we can do it in the Adriatic, other Balkan countries do it, and also help renewables throughout the country.

Draghi traveled to Algeria to sign new gas agreements just after the diplomatic episode with Spain.

I did not like the choice of Algeria, but this problem must be solved. I also believe that it is possible to work at the diplomatic level for a solution. But now it is good for us to get more gas from Algeria and then Spain with a new government can work diplomatically with Algeria. Of course, Morocco is important, but you can also work with Algeria.