Antonio Garamendi wins the CEOE elections and will repeat his mandate

Antonio Garamendi has been re-elected to chair the CEOE for the next four years. 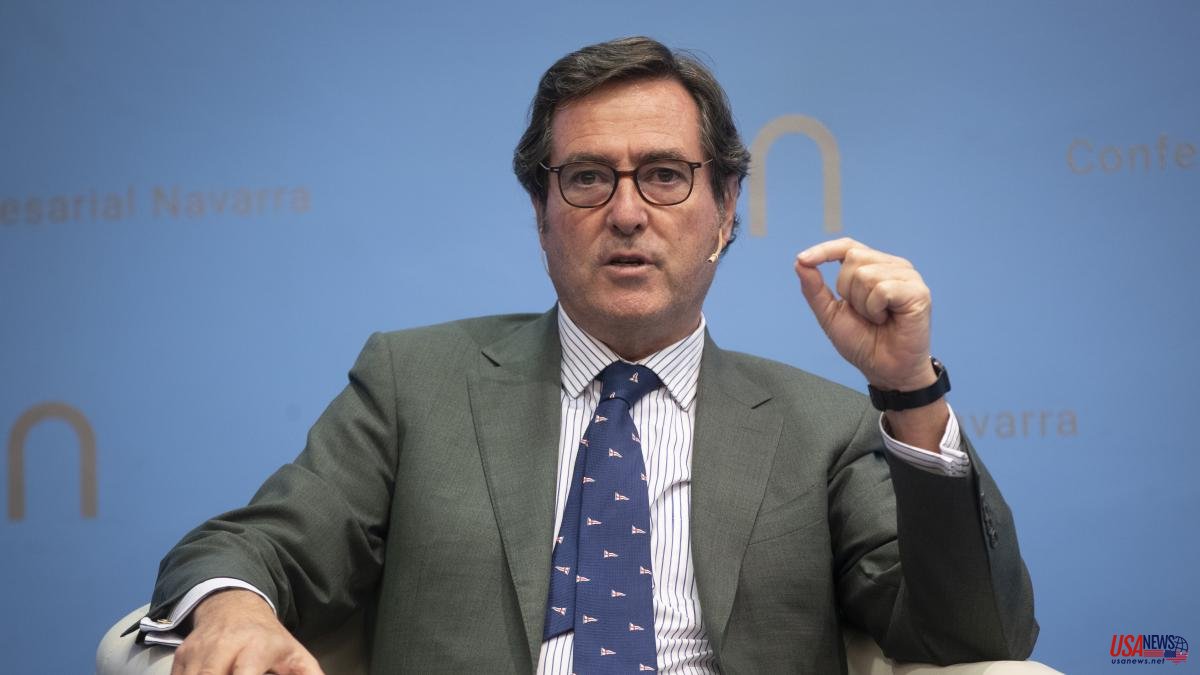 Antonio Garamendi has been re-elected to chair the CEOE for the next four years. In the Electoral Assembly held this morning, the current president has managed to add 534 votes while his rival, the vice president of Foment, Virginia Guinda, has obtained 87. There are also 14 blanks and 8 invalid ones. In total, it means that Garamendi has added 83% of the votes cast.

A resounding victory for Garamendi that has received a round of applause when the results were announced. His rival, Virginia Guinda, has only added 16% of the votes cast, so if the objective was to test support for the current president, he has come out stronger.

In his speech, Garamendi took the opportunity to highlight the work carried out over the years, and the numerous agreements reached. He has been introduced as an orchestra conductor. "As a conductor, I hope to hit the mark and hit it well," he said.

He has highlighted achieving a "record of agreements" that help generate social peace, showing himself willing to negotiate, but without giving up on essential demands. "It will be our yes, yes when it touches, and a no, no when it touches, but it will be reasoned, and from moderation and independence," he stated, adding that the channel with the Government is always open, but that sitting at the table it does not mean "do as we are told."

Asked what his relationship with Foment del Treball would be like after this victory, he said that "there is no one left over here", to add that suggesting that Foment is out is not in my mind."

Garamendi has also criticized the Government by declaring that "we are seeing a la carte laws, a la carte taxes that generate legal uncertainty", showing that Garamendi's honeymoon with the current executive ended a long time ago and that the negotiations that come will be complex.

Garamendi was the clear favorite and had a wide network of supporters who made him a great favorite from the start. He had the endorsement of the large territorial and sectoral organizations, obviously excluded, Foment del Treball, which has turned to its vice president, Virginia Guinda.

Guinda has stated that the results "reflect that an internal debate in the CEOE is possible", and has stressed that it has added "one out of every seven votes". Guinda was weighed down both because she presented her candidacy at the last minute, just a few days before the deadline, and because she is a person little known outside of Catalonia, which reduces her ability to unite the protest vote against the current president. .

The presence of several candidates is not usual in the elections for the president of the CEOE. In reality, in practically all the elections, there has been only one candidate. The exception was made precisely by Garamendi when, in 2014, he ran against Juan Rosell and although he lost by only 34 votes, that result propelled him four years later to become president.

Virginia Guinda entered the ring only after other options to face Garamendi did not materialize. Neither Miguel Garrido (CEIM), nor Gerardo Cuerva (Cepyme), nor Gerardo Perez (Faconauto) took the step. Pérez was the one who was closest, aiming to introduce himself and later retracting without giving clear explanations as to why. Guinda herself, in statements to La Vanguardia, explained that she was going to support the president of Faconauto and that, when he withdrew, she decided to present herself.

His candidacy tried to agglutinate the discontent in sectors of the employers' association with its current president, due to his agreements with the Government, due to a style that they describe as presidential and with little participation. Against her, she has had that she is little known outside of Catalonia and that she is perceived as having little experience to face a moment as complex as the current one.

The reading that was made from the Garamendi team of Guinda's candidacy is that it is an ally of Josep Sánchez Llibre, president of Foment del Treball, who is having a long confrontation with the current president of the CEOE. Foment was already one of the four organizations that abstained from approving the labor reform, a position that marked discrepancies on the substance of the regulation and also on how it had been negotiated.