In these long weeks of school holidays, we must remember once again that the municipal libraries are there again to offer non-consumer activities for children around the fact of telling stories. 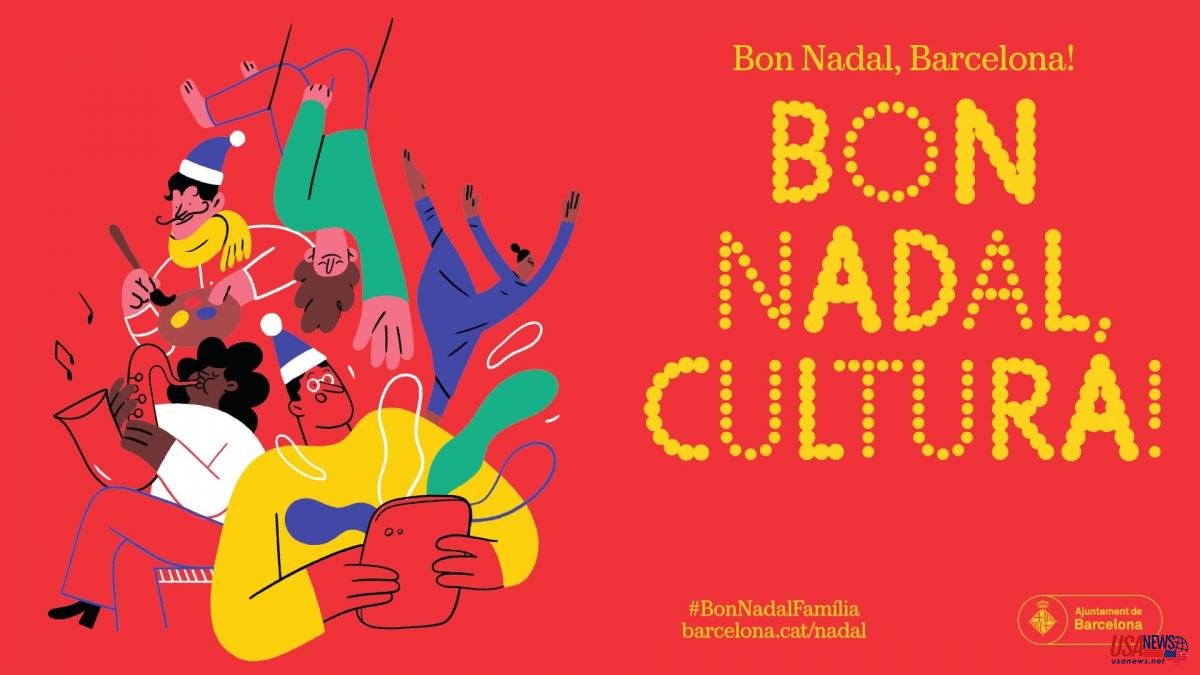 In these long weeks of school holidays, we must remember once again that the municipal libraries are there again to offer non-consumer activities for children around the fact of telling stories. The ones in Barcelona have programmed activities such as a “remake the stories” session, for children between seven and eleven years old, an activity in which a hologram projector is made, for children from nine years old (this is only done in the Guinardó-Mercè Rodoreda and the Nou Barris), a workshop for making notebooks, creating a story in stop motion or building robots to later elaborate a science fiction story. You just have to remember to register in advance in the libraries themselves or on the Town Hall website.

Catalans do not have a monopoly on eccentric Christmas-related traditions. In South Wales there is a custom of taking Mari Lwyd, a horse skeleton covered with a white sheet and adorned with bows, for a walk through the center of towns. Before, the bottom of a beer bottle was used to make the eyes, but now it is more common to put Christmas tree balls on it. The pagan and pre-Christian tradition, which is generally celebrated between the 25th and New Year's Eve, consists of knocking on the neighbors' doors and showing them the zombie horse. What happens then is a kind of poetry slam or cockfight called "pwnco", an exchange of verses, in Welsh or English, which usually ends with the inhabitants of the house inviting the bearers of the Mari Lwyd to cakes and liqueurs. . What was usually drunk was wassail, a kind of hot punch made with eggs, apples and spiced wine.

NOT EVERYTHING IS GOING TO BE ELF...

…and nougat spirits. Many authors have used the Christmas holidays as a backdrop for their most bleak scenes. In that other Christmas canon they are from Jane Austen, who describes in Emma a horrible Christmas Eve dinner that ends with an unwanted marriage proposal, to Zadie Smith, who included in her first novel, White teeth, with a suicide attempt one day New year. Jonathan Franzen has a curious Christmas fixation. The holidays are the engine of the novel that made him famous, The Corrections, in which the matriarch of a clan in the American Midwest wants to gather her family for one last Christmas. And they also have a fundamental role in his latest novel, Crossroads, which begins with a passage called Advent, in which Pastor Russ Hildebrant is struggling to write his Christmas sermon.

CHRISTMAS TALES ARE NO LONGER MADE LIKE THE ONE BEFORE, OR YES

A.G. Porta, the Barcelona writer who became known at the beginning of the eighties, when he co-wrote the novel Advice from a Morrison disciple to a fan of Joyce and threader of a peculiar literary universe with Roberto Bolaño, has now published a short Christmas meta-novel Portian title: Persecution and murder of the king of mice represented by the choir of the sewers under the direction of a failed writer (Cliff). There, the CEO of a large corporation, let's say a Scrooge, runs the risk of being turned into a mouse thanks to the (bad) arts of the unsuccessful writer of the title, who writes a Christmas story every year. Christmas stories by Andersen, Calders, Dickens, Capote, Kafka, Shakespeare and Quim Monzó are coming out of the story, as are people like Lieutenant Colombo or Charles Bukowski. A literary meta-feast for lovers of Christmas tales.

In 1920, when the first of his four children was three years old, JRR Tolkien began a tradition that would last until 1943: every year he wrote them a letter from Santa Claus or one of his elves. They are tales of the misadventures of the North Pole gang, including the character Polar Bear and his two cub helpers, Pasku and Valkotukka. They carried illustrations made by Tolkien himself, and stamps also drawn by the writer. Although the letters were intended as family entertainment, three years after the writer's death, in 1976, they were published in an edition guided by one of his daughters-in-law. Scholars of the author have found similarities between some of the adventures of Santa Claus and events in The Lord of the Rings, since Tolkien used those Christmas tales as a test bed for his most famous work. In Spanish, the Letters from Santa Claus can be read and given away in an Alianza edition and there is also a luxurious version, with a box, which was published a couple of years ago. In Catalan, Empúries published the Cartes del Pare Nöel in 2006 and now it is hard to find copies. The few that are for sale on the internet exceed 50 euros. Is it a sign that it's time for a reissue?