The Anti-Corruption Prosecutor's Office has asked the judge investigating whether the Madrid PP had a b-box to pay the expenses of its electoral campaign to file the accusation against former Madrid president Esperanza Aguirre and the party's leadership in that community. 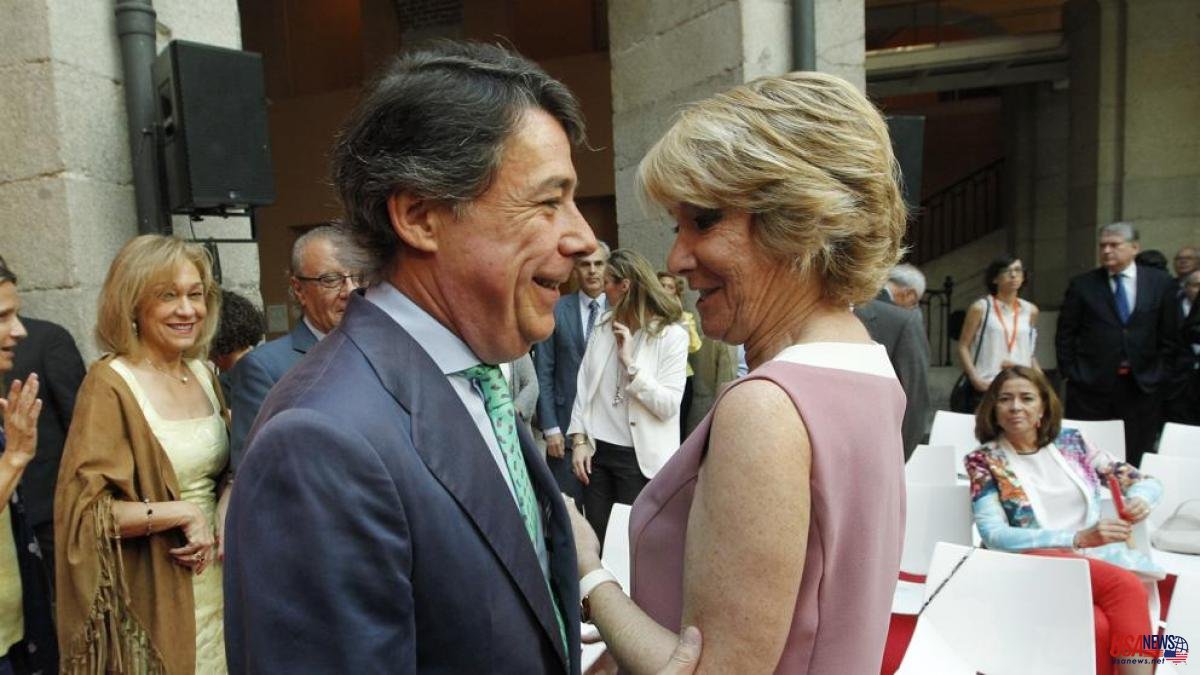 The Anti-Corruption Prosecutor's Office has asked the judge investigating whether the Madrid PP had a b-box to pay the expenses of its electoral campaign to file the accusation against former Madrid president Esperanza Aguirre and the party's leadership in that community. The request also extends to Ignacio González.

According to Servimedia, the central Investigating Judge number 6 of the National High Court, Manuel García Castellón, was waiting for this 800-page report to decide which investigators to process in piece number 9 of the Punic plot.

The investigation of this piece concluded at the beginning of the year and its resolution is of special importance because it is the one that will determine if there was parallel financing in the Madrid PP to finance itself irregularly and pay expenses of the regional electoral campaigns of 2007 and 2011, and in the municipal ones of 2008.

The Prosecutor's Office has presented a final report of 860 pages signed by the prosecutor Alejandro Cabaleiro Armesto and structured in four parts. A first section that includes the formation of the separate piece, the second with the legal report itself, a third that analyzes people, both natural and legal, from a procedural perspective and possible criminal liability and, finally, a last part in which the documentation requirements are set out, both for private companies and public administrations.

Anticorruption maintains the existence of electoral falsehood regarding the regional elections of 2011 and asks to continue the procedure for the procedures of the abbreviated procedure against Beltrán Gutierrez Moliner and Francisco Granados for an electoral crime, influence peddling and bribery (only the second), in addition of dismissal for the rest of those investigated.

He also sees signs of crimes associated with online reputation work for different politicians, which is why he is interested in continuing the proceedings against Isabel Gallego Navarrete, Salvador Victoria Bolivar, Borja Sarasola Júdenes and José Martínez Nicolás; as well as against Alejandro de Pedro Llorca, Diego Mora Borobia, María Luisa de Madariaga and Francisco Lobo Montalván, for crimes of prevarication and embezzlement.

As for the rest of the people who were cited as investigated or whose identification occurred during the investigation but were not cited as being investigated (152 individuals and 73 legal entities between the two categories), their procedural situation is clarified and, with respect to Of those that appear as investigated, the dismissal of the proceedings is of interest, either as a consequence of the prescription of the facts that motivated their appeal, or as a consequence of the lack of evidence that allows an accusation to be sustained, which is explained in detail. and individualized in writing.

The investigation of this cause began in 2014 with the discovery of the agenda of the former secretary general of the PP of Madrid Francisco Granados, considered the ringleader of the Punic, in which the donors of money to the PP and the amounts delivered were identified with acronyms. .

That money came from businessmen who had been beneficiaries of public contracts worth more than 250 million euros in what was dubbed the 'Punic operation'. Fifty people were arrested in the operation between officials, businessmen and politicians.