The unknown has been cleared approximately an hour and a half before the game. 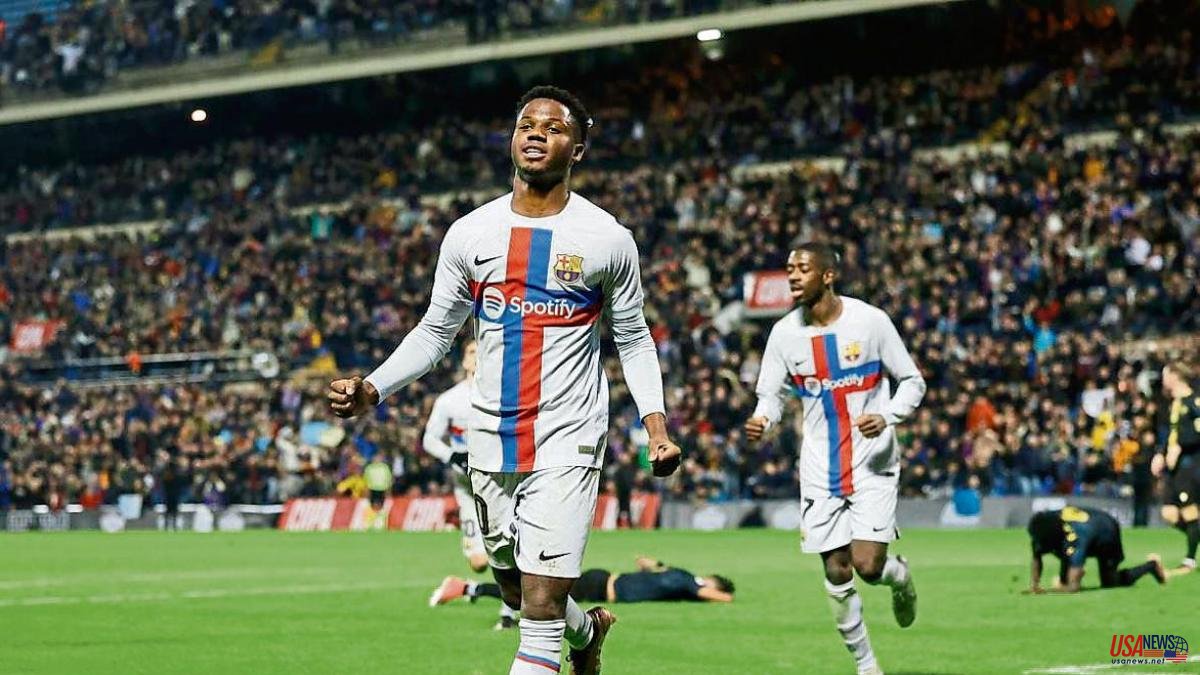 The unknown has been cleared approximately an hour and a half before the game. Xavi Hernández has chosen Ansu Fati to fill the void left by Lewandowski's sanction in the FC Barcelona attack to face Atlético de Madrid at the Civitas Metropolitano.

The Barça coach has opted for the youth player, scorer of the decisive goal in extra time in the Cup against Intercity, to accompany the indisputable Ousmane Dembélé in Barça's attack.

The Catalan team faces an important game against Atlético, with the option of capturing the leadership of the Santander League alone after Real Madrid's slip against Villarreal, so Xavi has chosen to take refuge in his security scheme in recent important matches.

Fati and Dembélé will be the only natural forwards in the starting eleven for the Catalans, and they will be accompanied by Gavi, who will act as a false winger, supporting the midfield line a lot.

In defence, Zavi has also opted for his most reliable players in the absence of Jordi Alba, who was suspended. With Balde and Koundé on the wings, Araújo and Christensen will be the center backs. Busquets, De Jong and Pedri will act in the media line.

For his part, Simeone has opted for his highest quality offensive duo and Atlético will form with Griezmann and João Félix as spearheads. In the rojiblanco eleven, the presence in the midfield of youth player Pablo Barrios, only 19 years old, stands out.