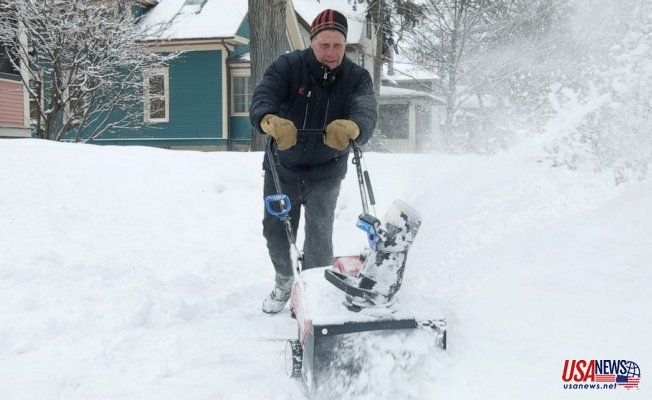 Another snowstorm is set to hit the Northeast this weekend since the Midwest braces for dangerous wind chills. First, the snow is slamming the Midwest Saturday. Six inches of snow fell so far in parts of Nebraska.

The arctic air racing across the Great Lakes is also triggering isolated thick bands of lake effect snow. Over 1 foot of snow has been reported near Buffalo and in areas of western Michigan.

By early Sunday morning, the snow will push into the Northeast, beginning in the Washington, D.C., and Baltimore areas before hitting Philadelphia and New York City by mid-morning.

Bursts of heavy snow are anticipated with snowfall rates of 1 to 2 inches per hour possible.

Unlike Monday's important snowstorm, this storm will move quickly.

The Interstate-95 corridor could see 3 to 6 inches of snow from Philadelphia through Boston.

Parts of Long Island and southeast New England could end up with over 6 inches.

Meanwhile, a burst of polar atmosphere is moving in the Midwest.

The bitter cold will remain in the Midwest for a few days prior to expanding south into the middle of the week.