And perhaps the true goal of my life is this: that my body, my sensations and my thoughts become writing, that is, something intelligible and general, and that my existence begins to dissolve in the head and in the life of the others". 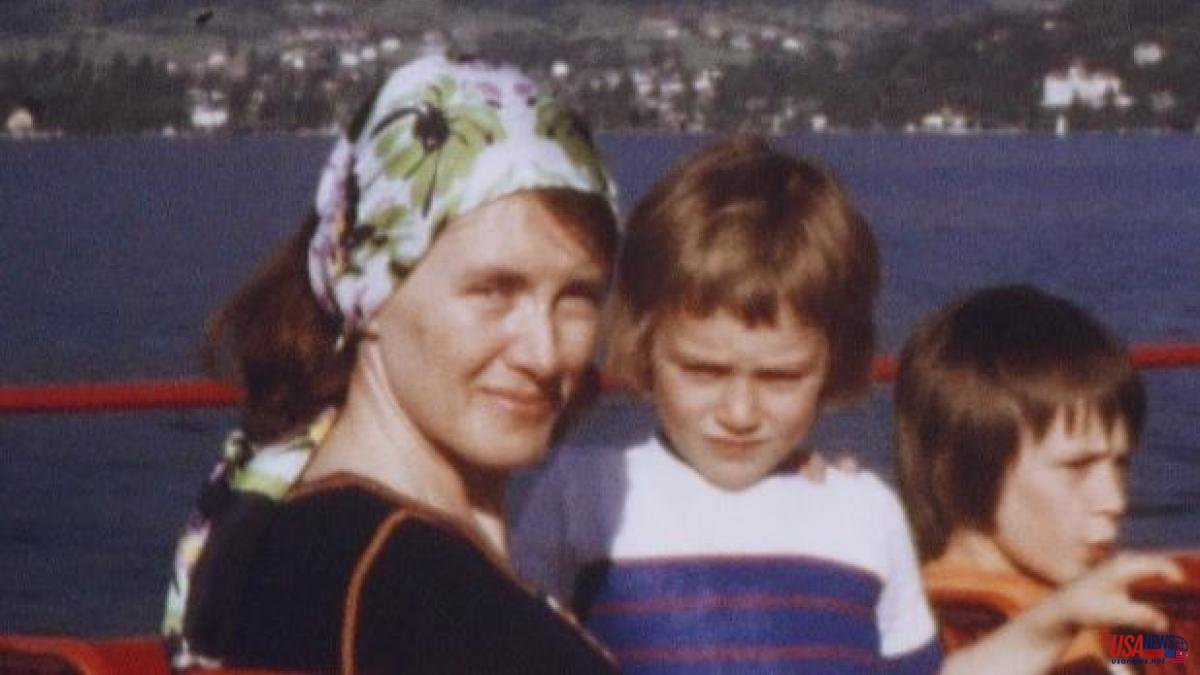 And perhaps the true goal of my life is this: that my body, my sensations and my thoughts become writing, that is, something intelligible and general, and that my existence begins to dissolve in the head and in the life of the others". Annie Ernaux ended with that reflection The Event (Tusquets), the stark account of how she suffered to be able to have an abortion in France in the 1960s.

All the books by the French writer, eternal Nobel candidate, are highly autobiographical and somewhat painful. Now, Ernaux has written about her life again, but in a different way and with the complicity of her son David. The author has recovered the super 8 tapes that her husband recorded in the 70s, when their marriage was happy and the children were young, and has turned them into a documentary, The Super 8 Years, which was screened at the Atlàntida Film Fest in Palma de Majorca.

“These are films that were kept in a drawer. For years we didn't see them, but David wanted to show them to his children and asked me to comment on them, because they don't have sound. Then I understood that I was the only person capable of giving birth to those images”, explains Ernaux who also went to the Atlàntida Film Fest to present The super 8 years.

The grandchildren were enthused by their grandmother's stories. The images, recorded between 1972 and 1981, present the daily life of the young couple, the happiness of the children with the arrival of Santa Claus, family vacations in Morocco, visits to the in-laws at their country house. They also cover the trips of a left-wing couple, at a time when traveling was something very exceptional, to Salvador Allende's Chile in 1972, to Albania or to Russia.

David thought there was material for a documentary and asked Annie to write a text to illustrate it. The author took advantage of the confinement to narrate her life again, but this time in a different way, supporting her story with those old homemade images. The result "goes beyond family history, because I felt very inspired to see the films of that family life," says the writer.

A story that again does not shy away from the painful part: "Because it also presents my beginnings as a writer and the estrangement from my husband," she adds. Ernaux was a teacher, but she wanted to be a writer, “I came from a humble family, but my mother instilled in me the intellectual, she encouraged me to study and read and empowered me”, she recalls.

But getting into letters wasn't easy for a mother of two in the '70s, so Ernaux wrote her first book "in secret." She sent it to two publishing houses that accepted it, but "hiding it caused a bomb effect in the family", "The fact of writing ended my marriage, I needed time for myself and my husband did not understand it".

The documentary, which Ernaux wrote “as if it were a novel” and which David later edited, reflects that distance. The happy couple cease to be so little by little and end up with some terrible arguments during their last trip together with the children through Spain. Soria, Salamanca, Valladolid... the marriage travels through the cities of Castile without enthusiasm, close to breaking up. Annie Ernaux conquered the world with her pen, but she couldn't combine writing with life as a couple.