The former deputy of the CUP Anna Gabriel has appeared today before the Supreme Court instructor Pablo Llarena to be notified of the indictment for a crime of disobedience. 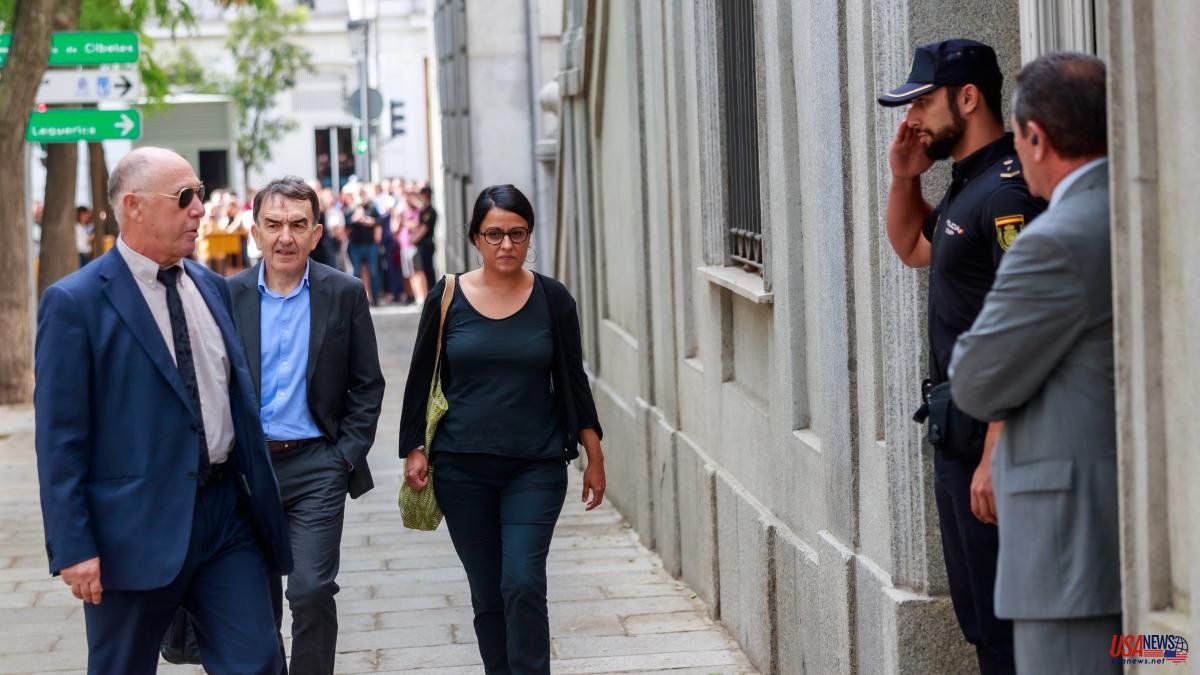 The former deputy of the CUP Anna Gabriel has appeared today before the Supreme Court instructor Pablo Llarena to be notified of the indictment for a crime of disobedience. As it did not carry a prison sentence, the former member of the anti-system party left the court 45 minutes later without any precautionary measure.

According to these same sources, Gabriel explained to questions from the prosecutor that she did not receive on those dates, from July to September 2017, any requirement from the Constitutional Court warning her that she could not promote any parliamentary initiative aimed at developing regulations for the independence of Catalonia .

Anna Gabriel is accused of a crime of disobedience for promoting and supporting the parliamentary initiatives that led to the approval of the disconnection laws in September 2017, despite multiple warnings from the Constitutional Court. However, by denying that she received any notification in this regard, she therefore considers that there could be no such disobedience.

As he does not hold any position in the Parlament, the Supreme Court now has to decide whether to retain jurisdiction over the matter or whether to refer it to the courts of Barcelona. Gabriel had been a fugitive from justice since February 2018 when she did not attend the summons to declare herself as being investigated in the procés case. She ever since she has been living in Switzerland.

As she was charged with a misdemeanor, she only had a national arrest warrant pending for failure to appear. However, Llarena never executed a European surrender order. It was not until this month of July that Anna Gabriel voluntarily surrendered and appeared before the Supreme Court. The instructor summoned her to communicate her indictment today.

Initially, the former CUP deputy was cited as being investigated in the case as a member of the alleged 'strategic committee' of the procés described in the Enfocats document.

According to the case, the agenda of the former number 2 of the Ministry of Economy, Josep Maria Jové, included those who would have participated in meetings that would have served to "devise" the independence process and, therefore, would have provided "political support ” for the execution of the referendum and the unilateral declaration of independence.

Anna Gabriel went to the Supreme Court today supported by various political leaders from both the CUP and other pro-independence parties, including Oriol Junqueras himself, leader of the ERC, Gabriel Rufian, or deputies from Bildu, among others.

“We are here to remember that no one should appear before this court taking into account all the resolutions of international organizations. I want to reiterate our commitment against repression and in favor of amnesty and the right to self-determination, our commitment to the Catalan Republic and the independence of Catalonia”, Junqueras said at the gates of the high court.