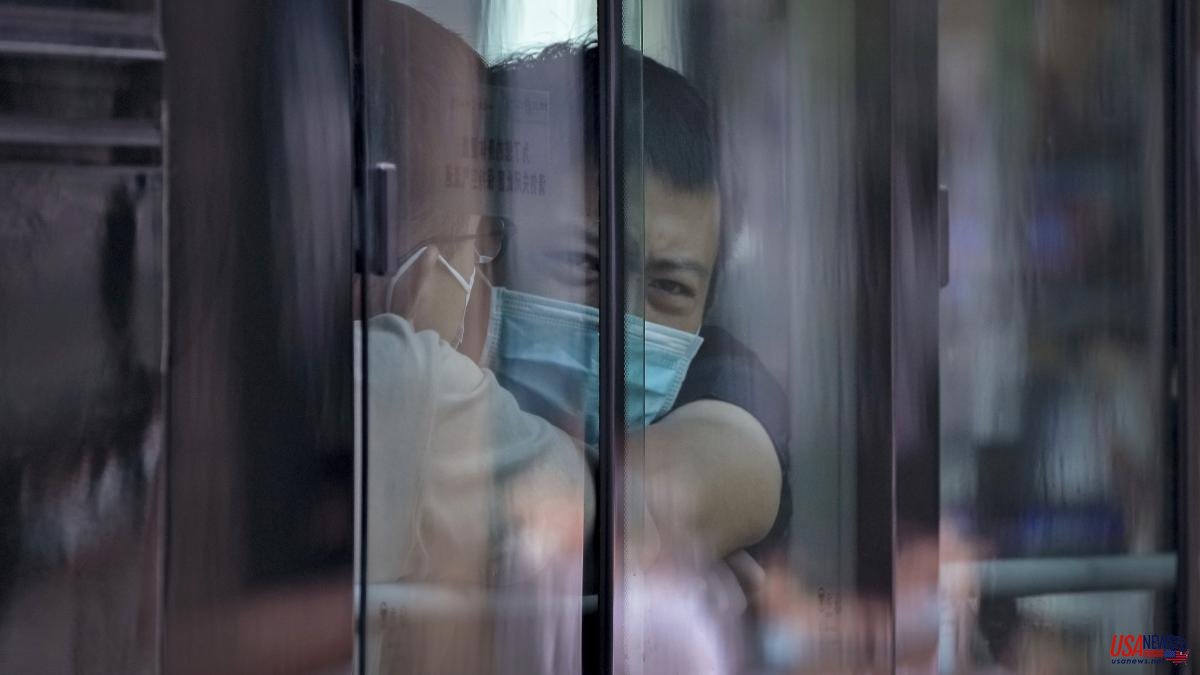 Controversial tragedy on Chinese roads. A total of 27 people died and 20 others were injured after a bus carrying residents of Guiyang, capital of the southeastern province of Guizhou, to a quarantine center against covid-19 suffered an accident in the early morning. This is the deadliest traffic accident so far this year in the Asian giant.

In all, 47 people were traveling to Libo county, including a relocation worker and the driver, when the bus fell into a deep ditch on the side of the road at 2:40 a.m. local time Sunday (6:40 p.m. GMT Saturday), it said. the state broadcaster CCTV. The exact causes of the accident are still being investigated and the injured are receiving medical attention, authorities added.

Hours later, it was confirmed that the bus was transporting people "affected by the controls of the covid-19 outbreak". A series of unconfirmed photos posted online showed all of the travellers, including the driver, dressed in anti-virus protective suits and goggles.

Some parts of Guizhou are confined by the sporadic outbreaks of covid that have been emerging in recent weeks (a thousand positives across the province in recent days). The six million inhabitants of its capital, Guiyang, have been under strict isolation measures since the beginning of September.

On Saturday, local official Wang Jie acknowledged that thousands of people have already been isolated in the city due to their possible contact with the virus and that, due to the limited capacities of the city, others were being transferred to quarantine centers located outside the city. the city.

That seems to be the case of the injured passengers, of whom it is not yet known if they had contracted the virus, were close contacts or just lived in the same building as someone positive.

The accident sparked a wave of criticism on social networks such as Weibo, the Chinese Twitter, where Internet users criticized the need to transfer so many neighbors to distant quarantine centers in the middle of the night.

“I could have been on that bus too”, “who tells you not to be on a similar bus in the next few days?” and other similar messages became the way to show his discomfort with the official measures, although many of these signs of being fed up were quickly censored.

A woman claiming to be the daughter of one of the victims wrote that she "cannot accept" her mother's death. “She stayed home for half a month. She didn't go out anywhere except to get PCR tests, but suddenly they took her to quarantine her and she died," she said. "When will all this stop?" Said another of the discontented.

Meanwhile, the deputy mayor of Guiyang assured that the isolation and transport protocols related to the prevention work against the pandemic will be reviewed and that possible "hidden dangers for road safety" will be investigated.

After almost three years of the pandemic, China is the only major world economy that continues to commit to a zero-tolerance policy against the virus. The protocol, in force since 2020, includes the isolation of all those infected and close contacts, strict control of its borders and massive campaigns of PCR tests and selective confinements every time a new outbreak appears.

With less than a month to go before the 20th Communist Party Congress, in which everything indicates that President Xi Jinping will renew his post for a third term, there is nothing to suggest that the country is going to relax these measures.

Along these lines, the local health authorities reiterated last week that the strategy is "the most economical and scientific" for the country because "it quickly detects new infections and contains the spread at the lowest cost and as soon as possible."