The American synchronized swimming swimmer Anita Álvarez starred in the big scare of the day at the Budapest World Championships after fainting while doing her exercises in the artistic swimming free solo final. 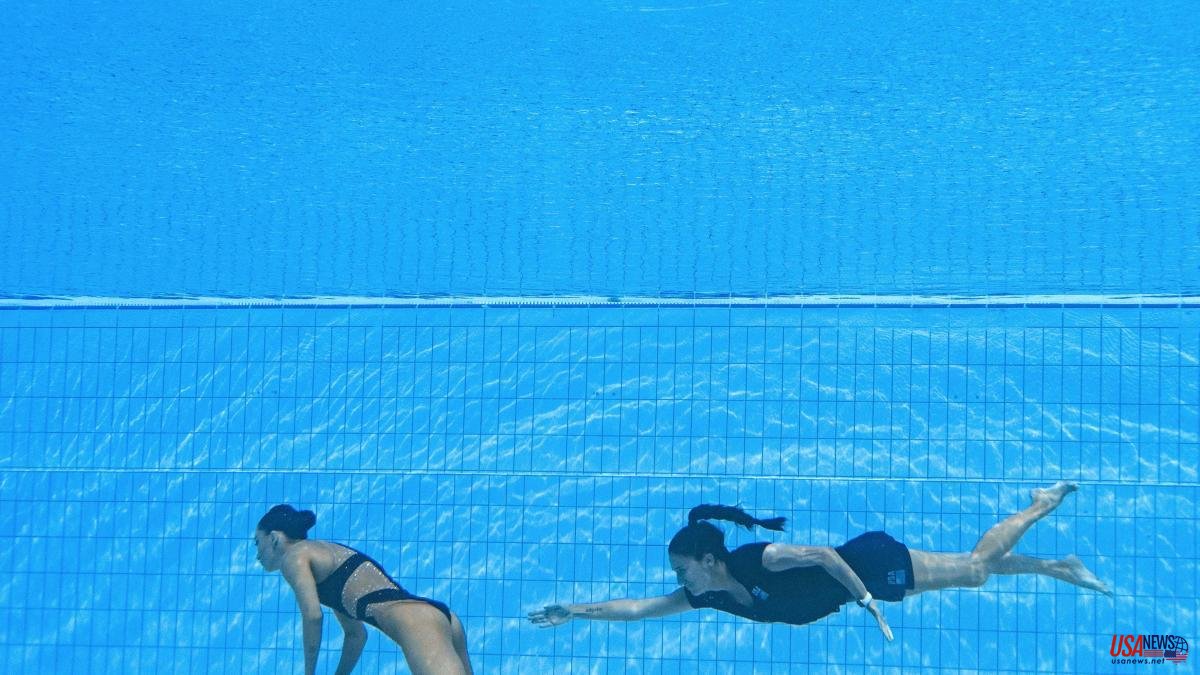 The American synchronized swimming swimmer Anita Álvarez starred in the big scare of the day at the Budapest World Championships after fainting while doing her exercises in the artistic swimming free solo final.

A mishap that was left alone in her scare thanks to the quick intervention of her coach, the Spanish Andrea Fuentes, who did not hesitate to immediately jump into the pool to rescue her pupil.

Fuentes explained on the RAC1 program Tu diràs that he decided to jump into the water when he saw that no one else reacted to Álvarez's fainting. "I yelled at the lifeguards to jump but they wouldn't, they didn't react. I saw no one coming so I jumped as fast as I could and swam towards Anita."

The US team coach explained that "normally, when you finish a choreography you are so tired that the first thing you want is to breathe, you need it". But in this case, she has seen how Anita Álvarez "went to the bottom, it was not normal."

"I had never swum so fast in my life, not even when I was an Olympic medalist", joked the specialist in synchronized swimming from Valls, world champion in 2009, six times European champion and with four Olympic medals – three silvers and one bronze between Beijing 2008 and London 2012–.

Andrea Fuentes has recounted the anguish of a situation that, luckily, has ended well: "I think she has been at least two minutes without breathing because her lungs were full of water, but we have been able to take her to a good place, she has vomited the water, he coughed and that's it, he's left in a good fright".

After leaving the pool on a stretcher, Anita Álvarez recovered and is out of danger, although as reported by the American team, she will undergo various tests in the coming days to reveal the causes of the fainting.

All in all, the contest of Anita Álvarez in the next round of the Budapest World Cup is not ruled out: "The doctors insist that everything is fine. Tomorrow – this Thursday – she will sleep all day and then she has the team final. She wants to swim and leave Budapest with her head held high, everyone is encouraging her to do so", said Andrea Fuentes, who has also commented that it is not the first time that her pupil has fainted, although on the previous occasion she had not been so serious.