Andalusia is Spain (without Madrid)

One day –Won’t Be Long, Aretha Franklin sang– we will have to admit that Ayuso, like the Cela who appears in Mario Camus’s La Colmena, is a creator of language, someone who contributes to enriching the national lexicon; especially, the always misunderstood section of the palindromes: “Madrid is Spain within Spain”. 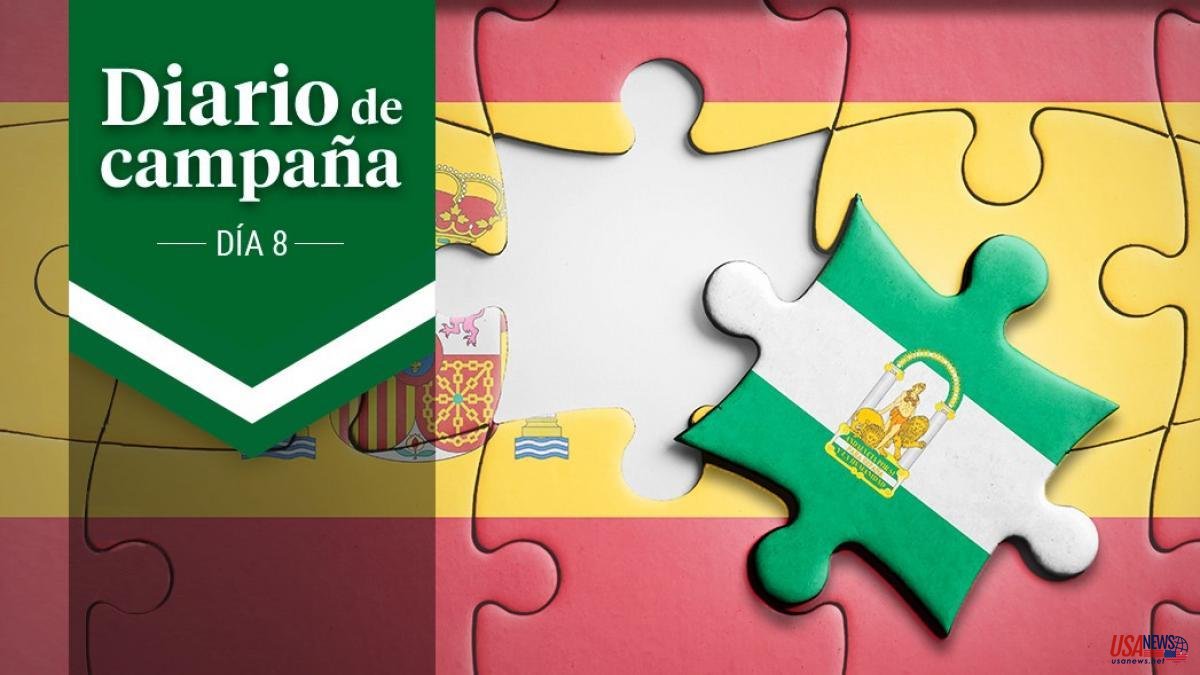 One day –Won’t Be Long, Aretha Franklin sang– we will have to admit that Ayuso, like the Cela who appears in Mario Camus’s La Colmena, is a creator of language, someone who contributes to enriching the national lexicon; especially, the always misunderstood section of the palindromes: “Madrid is Spain within Spain”. It can almost be read the same way forwards as backwards: “Spain within Spain is…Madrid”. The union of palin and dromos means in Greek 'go back'. Holy etymology: one of the conclusions drawn by the campaign in Andalusia –it was seen in the RTVE debate– is that the keys to 19-J are not such until they are interpreted by Madrid analysts who, as we all know, walk a meter and a half above the ground and look out over the (Andalusian) Tropic from the Porta del Sole.

What would become of us without these lights? Niente. In the South we would still be in darkness (despite the ambient light), like the shadows of Plato's cave. Let's rejoice tutti. The phenomen is not new. In The redemption of the provinces, Ortega y Gasset explains: "Six kilometers from Madrid, the cultural influence of Madrid ends and begins now, without transition or pellucid zone, the absolute peasant." Non-Madrilenians: people as disturbing as the ones who shared lunches with Jack the Decorator. If Madrid is the sum of all, it is above all because of its village condition. Only those who believe in a synecdoche –the part for the whole– are capable of denying that there is (intelligent) life beyond the M-30.

The autonomous State does not differ from the Canovas: a center projected inwards thanks to media onanism. In politics he sees himself with Lady Patria (Olona). She doesn't live in the South, just like the talk show hosts on RTVE, but it doesn't matter. He boasts of Salobreña and speaks with the demos of the first person plural, as he did yesterday in Pujerra, (Málaga), through whose Advanced Command Post – from here we offer condolences to those responsible – they passed, ritual and rhythmic, just like the brotherhoods in Seville, all the aspirants to San Telmo (Quirinale).

Mr. Concordia (Moreno), who was sailing by boat to support the fishermen of Fuengirola, was on the afternoon of the disaster at the head of the Infoca battalion wearing a superhero vest. The One