And with them came the scandal: Harry Styles and Florence Pugh revolutionize the Mostra

And with them came the scandal. 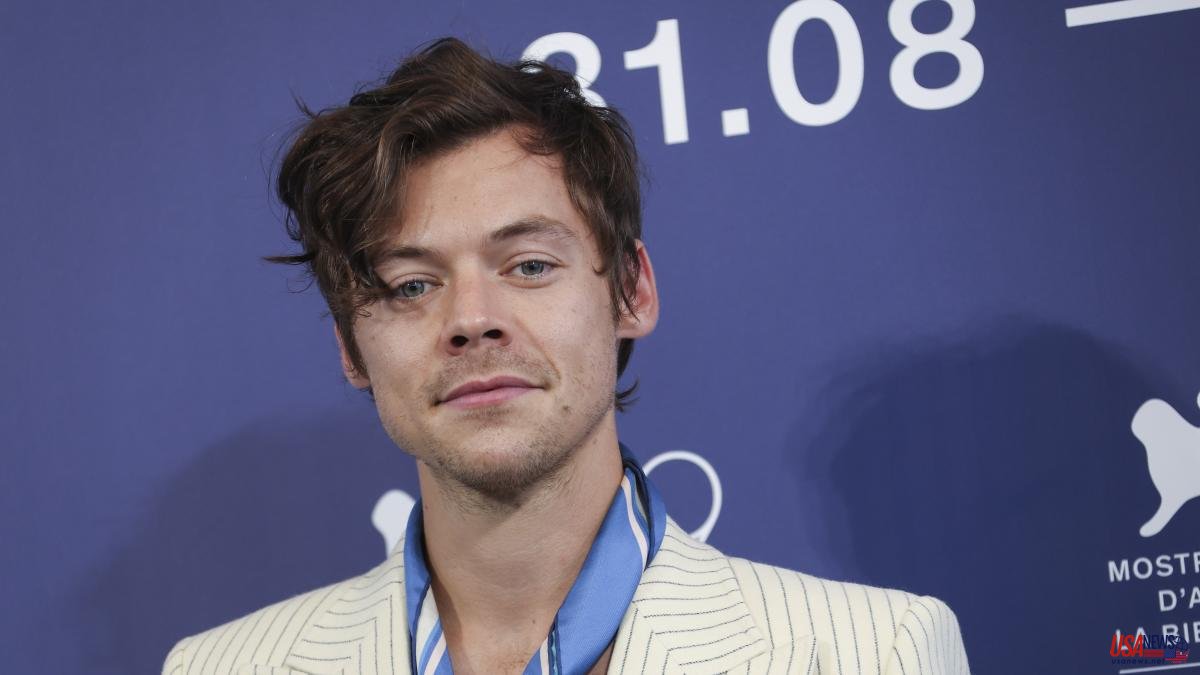 And with them came the scandal. Harry Styles revolutionized the Venice Film Festival yesterday as he walked the red carpet for the premiere of Don't worry darling with director Olivia Wilde, his partner, and co-star Florence Pugh, who reappeared on the red carpet after the absence of the previous press conference and rumors of disagreements.

The Lido, the peaceful Venetian island where the event takes place every year, experienced a day of authentic madness this Monday, with hundreds of young people who made a pilgrimage to see the British musician and, the most ambitious, try to get an autograph from him.

For this they had to wait at the gates of the Palacio del Cine for hours, there are those who spent the night in sleeping bags, and then had to endure the intense heat of the daytime hours, but in the end they managed to see their idol parade down the carpet red.

Styles and Wilde, his partner, arrived at the official premiere separately: he behind large sunglasses and dressed in a blue seventies suit and a matching shirt with large collars; she in a flowing yellow dress whose shoulder pads hung silver chains.

And as soon as the former member of One direction stepped out of the car, the delirium and screams broke out, especially when he decided to go through the security barrier to take some photos, say hello and sign autographs.

The last to arrive was the protagonist herself, Florence Pugh, despite the fact that, hours before, she had not attended the press conference to present the film.

The actress, who is filming Dune for Denis Villeneuve, walked the red carpet in a short dark blue chiffon dress but decorated with a long train and voluminous sleeves of the same color, all embellished with shiny details.

"I feel very lucky to have been able to play such a role," she celebrated at the Biennale's microphones.

Dont't worry darling, out of competition at the Mostra but one of its great highlights, takes place in a city built in the middle of the desert where reality seems to be dictated by an entity developing a secret project.

The film explores the lives of a group of women whose husbands work on that project while they dedicate themselves to having the perfect houses, preparing the food and developing inbreeding relationships, until one of them, Pugh, begins to wonder.

The premiere of the film has been surrounded by an avalanche of rumors about the alleged bad relationship between Wilde and Pugh during filming, although the director called them "endless gossip".

"The Internet feeds itself and I don't feel the need to contribute more," added the filmmaker, calling Pugh "a force." "I can't express how honored I am to have had her in the film," she said.