And suddenly you're cannon fodder 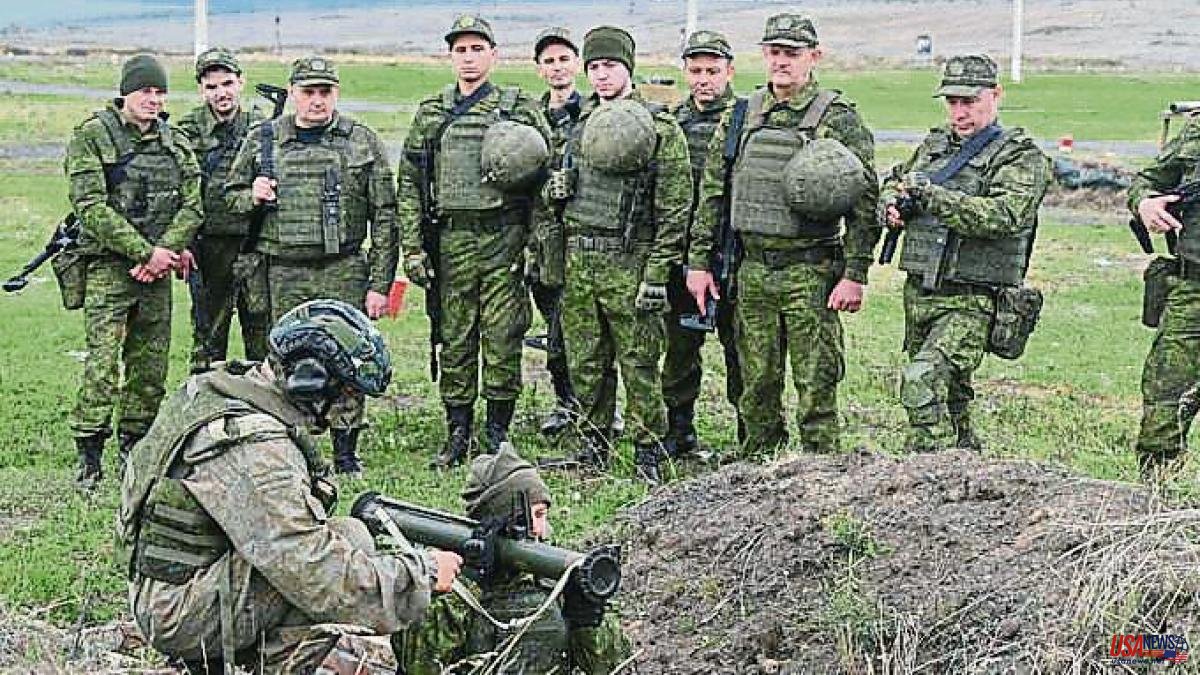 "Hello. I have a pregnant wife and a mortgage to pay. My wife is very scared and I don't have the money to flee abroad. How can I avoid the call-up? This is one of the hundreds of phone messages recorded on the answering machine of a newly created Russian association to assist and provide legal and psychological support to citizens subject to the "partial mobilization" dictated by Vladimir Putin. It was reproduced by Iliá Krasilschik, a journalist and promoter of said association, in an article published days ago by The New York Times. And it reflected the state of mind of hundreds of thousands of Russian citizens who, in the last two weeks, upon receiving their call-up, have seen their lives interrupted, thrown into war madness and, perhaps, their extinction on a war front. Ukraine.

The international press has published, since the Kremlin announced this mobilization on September 21, photos of groups of young people recruited on the run and about to be transported to Ukraine, still dressed as civilians or as soldiers, but always in fear, fatality and a certain resignation on the face. Also photos of fathers and mothers who, in tears, said goodbye.

Trying to put yourself in the shoes of one of those young people, whose life has just been kidnapped, and may soon be sacrificed, helps to understand the great injustice, the enormous nonsense and the inadmissible offense that Putin's war supposes. Those mobilized are not always reservists with military experience, as was guaranteed. Due to poor management, those called up include everything from pensioners to those unfit for military service, including citizens without the least bit of war experience. Recruitment is done in a hurry: testimonies have been collected from people who received the call at noon, with an appointment for two hours later, and who were already receiving instruction by mid-afternoon.

Some will show their acceptance, or at least their acquiescence, and go through this drink. Others don't. But all of them are in danger. Hundreds of detainees in demonstrations against the war have received their call-up at the police station itself, shortly after being taken to it. Others, trying to leave Russia, have been met at border posts. Others, Ukrainians to be exact, residents in territories that Putin has just annexed after calling irregular referendums (only recognized by countries like Iran, Afghanistan, Cuba or Venezuela), now fear being considered Russians, receiving the fateful call and being forced to fight against his own country...

Going to war is not a great plan. And it is even less so to go as cannon fodder, to cover the casualties of Russian soldiers already killed or wounded in combat –80,000, according to US sources–, during a poorly directed campaign with humiliating results for Moscow. Who wants to see their present destroyed and their future seriously threatened by being exposed without any consideration to enemy fire, to satisfy the demands of the tyrant and his court of oligarchs and soldiers? Aren't the more than one hundred million people – about 20% Russian, by the way – who lost their lives in wars of the 20th century not enough and left over?

It is clear that there are plenty and enough. That is why hundreds of thousands of young and not so young Russians have stood in line for up to 48 hours to flee across the borders of neighboring countries such as Kazakhstan, Georgia or Finland. That is why a growing number of Russians feel that the unspoken social contract that has kept Putin in power for twenty years – rewarding widespread political apathy with some stability – is breaking down. For this reason, faced with the dilemma of risking their lives in a war of his government, but not theirs, and risking it to defend the right to their own life, the choice should not raise great doubts. Who wants to be cannon fodder? No one. Chateaubriand already used this term –cannon fodder– in a pamphlet to criticize the cruel use that Napoleon made of recruits in his twilight years, converted into “raw material”, “meat” or “feed” for the insatiable cannons. Two centuries have passed since then. But for some heartless leaders they have been in vain.