And I will dance on your grave 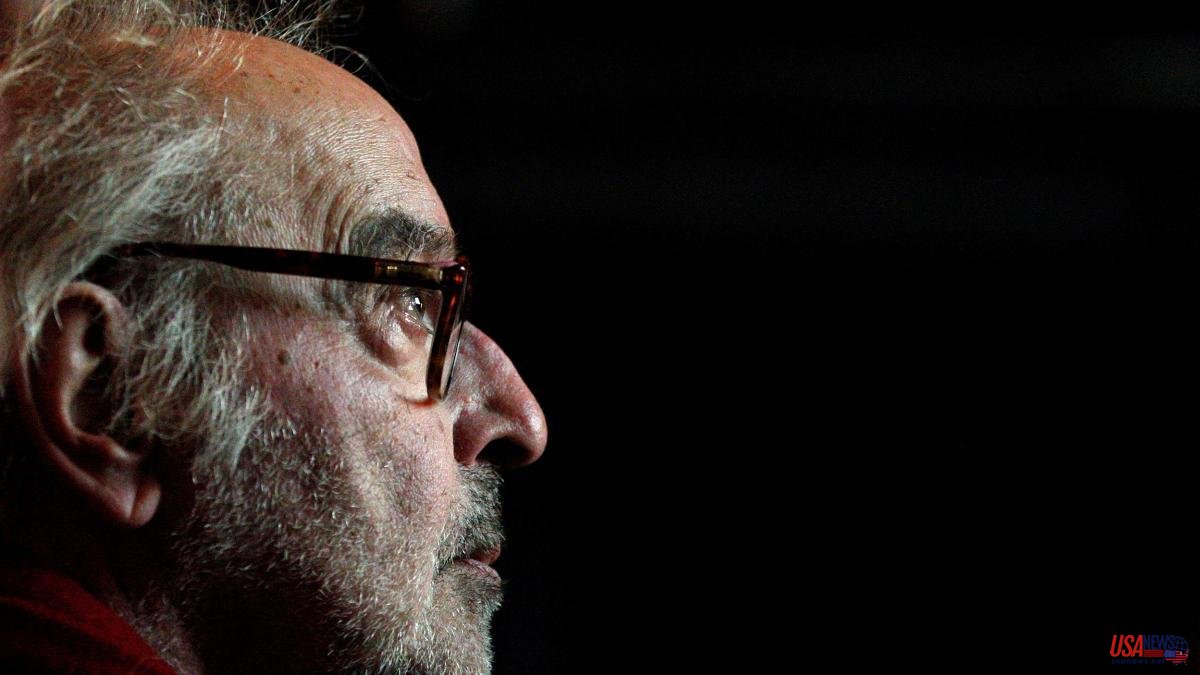 Doubt. Godard died, a reason to celebrate because we can now celebrate his first films, fresh, unruly, full of genuine ambition, without having to find excuses for his grumpy old man's intemperance and the decadence of his recent cinematographic formulations, which always found academic praise .

In the future, you will read excessive praise for his contribution as a leading member of the nouvelle vague —which will not be discussed here—, and also bureaucratic praise for the intellectual and cinematographic tenacity of the second half of his career, which, to put it elegantly, it will not embellish your biography. Because perhaps the most interesting aspect of his excessive and bland personality is precisely the professionalism with which he conformed himself to an archetype, embodying all the stages of cultural antipathy. Godard's best work is Godard himself.

It should be remembered that when we speak of the nouvelle vague we are talking, according to an apocryphal quote that some attribute to Truffaut, of "young right-wing filmmakers who made left-wing films to unseat a generation of left-wing filmmakers who made right-wing films", in an allusion to the French academicism that preceded the cahierist revolution. And that they were all cinephiles before filmmakers, since they changed film criticism for the camera. They were fandom, we would say today.

Godard, like his companions, came to depose the academic cinematographic hegemony, that is, to dismiss his elders. And he did it by embodying one of the favorite archetypes of French culture, that of the tremendous, uncomfortable, unrepeatable artist. A romantic —and in this sense, conservative— idea of ​​the artist as a sorcerer connected to the transcendent, the ineffable, annoying to society but essential. A translator then of the divine to the prosaic language of the human. A priest.

It happens a lot, and those who embrace the archetype of their own character condition embody it with astonishing precision —we can think of the drift of rebellious philosophers, playwrights with a vocation for minstrelsy or Nobel Prize-winning writers—, than those who One day they wanted to be the vanguard of their time, explorers of a society that had not yet followed them, they lose speed and freshness, they keep pace with their own and, finally, over the years, they become confused with times and young people who have left them behind and they assume that the only way to continue feeling enfant terrible is to dress as an old curmudgeon, pluperfect disguise of the reactionary.

Godard spent the first half of his life contesting conservative academicism and the second half as a herald of the death of cinema—and, oh, applauded by the academy—a preacher of the end of all things, lashing out at bad taste. from everyone else. The good news for cinephiles is that starting today, we can now celebrate what he did that was good —which wasn't that much, but it was a lot— and forget about his admonitions and his cigars.

The archetype, however, will spread because the increase in life expectancy, population aging and, above all, the improvement in the quality of life in old age leads us to the old glories burning us with their counterclaims about the end of all that is good and beautiful. As already said and as they always do, confusing their ass with the world.