Ancelotti: "This League is going to be more competitive than the last one"

The transfer market closed at midnight on Thursday with no news for Real Madrid, something that the team's coach, Carlo Ancelotti, already took for granted. 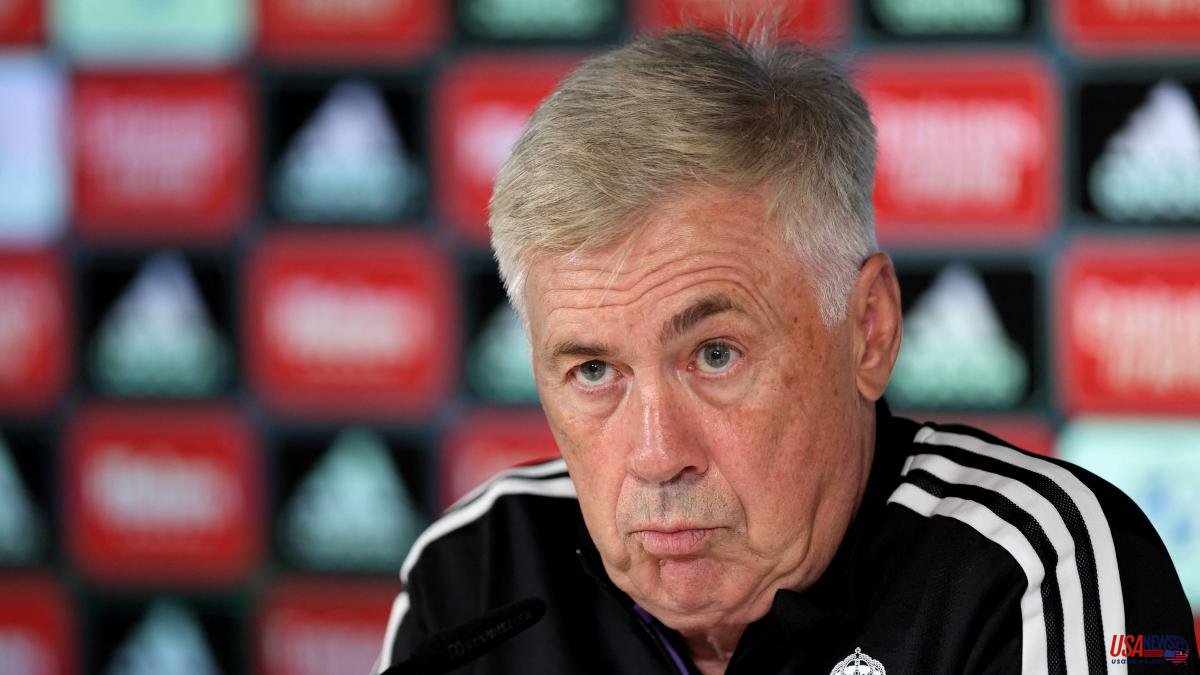 The transfer market closed at midnight on Thursday with no news for Real Madrid, something that the team's coach, Carlo Ancelotti, already took for granted. The Italian assured this morning at a press conference in Valdebebas that he expects a more competitive league, but that he fully trusts his squad: "Each season has its dynamics and I think this League is going to be more competitive than the last one. And the Champions League is not He still has a favourite, it depends on what happens in March or April. We have fewer doubts than last year at this point: we have a very good squad in all positions and we are going to compete and fight", he declared.

What Ancelotti does worry about is the dominance of the Premier, which spends much more on footballers than the other major leagues: "I don't know when this is going to stop. The goal for all the leagues, not just the Spanish one, is to get closer to them improving the quality of the game, the atmosphere in the new stadiums. The Premier has come a long way with the sale of television rights and has beaten the other Leagues: there is a good atmosphere, without violence; the stadiums are functional and full. advantage and the objective of the others has to be to improve these aspects above all."

Madrid has not got rid of players who could have left, such as Asensio, Mariano or Odriozola. Ancelotti assesses it positively: "We have never thought about signing more players. In departures we evaluate the situations of Casmiro or Asensio, but I am happy because those who have stayed have always delivered and will deliver this year. There are many players with one year contract, but that's not a problem.

The Italian coach is very happy with Tchouaméni's quick adaptation: "Aurélien is a great midfielder, very focused on his work. He has been an extraordinary signing for the club. The midfield squad is very strong because we have everything, strength, energy , quality, positioning. We are very good there, the problem is to choose the three that start, but with the changes we can change the dynamics of the games at all times".

Ancelotti was asked again about the players who have one year left on their contract, such as Benzema, Kroos, Modric, Nacho, Asensio or Ceballos. His answer left no room for doubt: "The future of this club and of these players, like Modric, Kroos, Karim or Nacho, is quite clear. If they want to stay, they will stay until the end of their career. It is their objective and the of the club, and it's not going to affect us. There are many players who end their contract because the clubs are focused on the economy, and they don't want to risk the future. But for our veterans, the future is quite clear".

The coach also spoke about Hazard and Asensio. Of the Belgian, who has hardly played so far, he commented: "He is not touched, he is working well. Three games are not enough for an evaluation. I am sure that he will have an important role this season." He said more or less the same about Asensio, who has only had seven minutes waiting for his future to unravel: "Marco helped us last year and this season it will be the same. He will have his opportunities and he will fulfill Ancelotti said.