Ancelotti: "The defeat bothers us but it doesn't hurt us"

Real Madrid's Italian coach, Carlo Ancelotti, played down the importance of his team's defeat at the hands of Leipzig, the first that the white team has conceded so far this season. 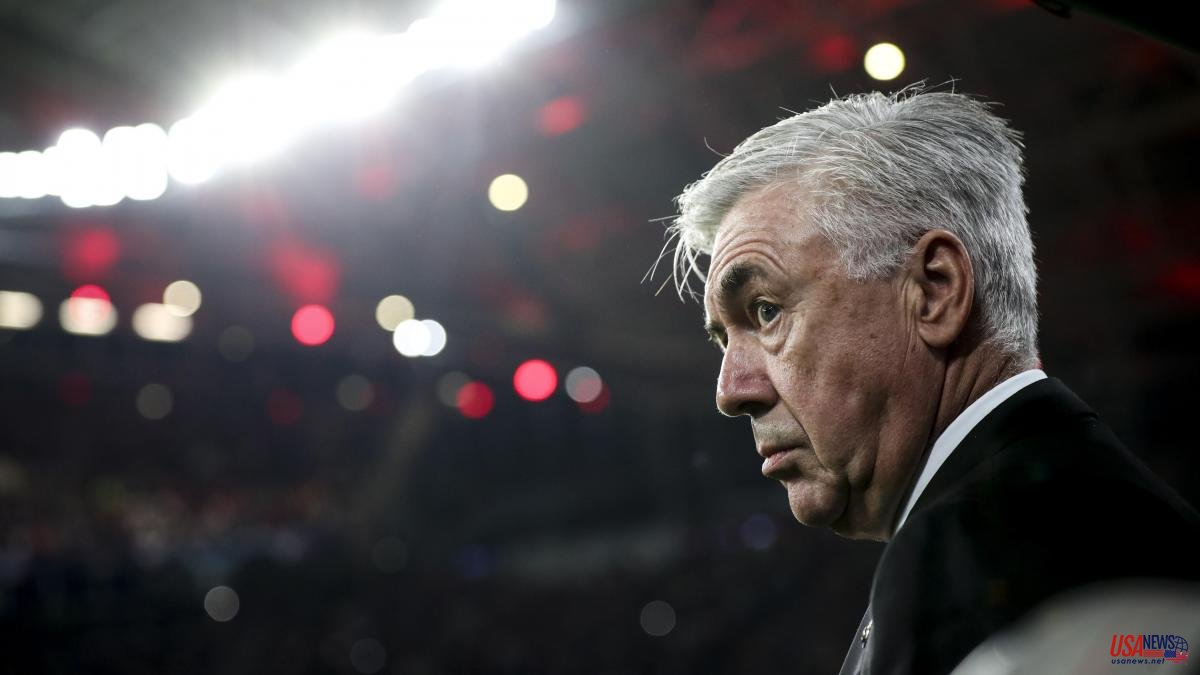 Real Madrid's Italian coach, Carlo Ancelotti, played down the importance of his team's defeat at the hands of Leipzig, the first that the white team has conceded so far this season. The coach did not want to criticize his team after the great season they are having and he said he was upset but not angry. [See the results of the Champions League].

Ancelotti highlighted as key in the game the errors from set pieces that cost them two goals. “We have conceded a goal on two set pieces and the game has entered into the dynamic that they wanted, which was to play against. We have had control of the game but we have suffered against it, which was something we wanted to avoid and that they were looking for, ”he pointed out.

"I do not get angry. It's a defeat, it bothers us, but it doesn't hurt us much. We have the opportunity to be first in the next match”, he predicted. Regarding the first defeat of the course, he assumed that “sooner or later it has to happen, and it happened today. I cannot be critical of a team that has done well so far,” he explained.

The coach wanted to take advantage of a night in which his team has made many defensive mistakes. “You learn more from defeats than from 10 wins in a row. Normally we are forceful from set pieces and we have not been tonight, ”he concluded.

More upset was the goalkeeper Thibaut Courtois, who criticized the lack of intensity of his teammates in the first two goals. “We came out without intensity and it can't be like that. They are two goals from set pieces and if they score the first one, it cannot be that you defend the second badly, ”he criticized. And he added that “as a goalkeeper you notice, we are not in the game. We have not won many duels due to lack of intensity. You have to wake up, although a bad day can happen. We are tired but we have to give 100% every second and this team on the counterattack with the speed they have is a danger”, he explained.

In addition, he regretted that the team's game had not been precise enough. “We have failed many passes and controls, it has not been a good game. With the third he kills you for the final minutes”. The goalkeeper stressed that with a little more precision the team could have even won the match. “In the end they were in a lower block looking to counter, but if we were more precise we would have created more danger and even won the match,” he pointed out.

Lucas Vázquez, Real Madrid winger, downplayed the importance of the defeat and stressed that "the team did not lose face in the game at any time". "They are a very good team, they are very intense in their field in the first few minutes and this is the Champions League," he said. In addition, he emphasized that “after the goals the team recovered, we were able to find goal options and goal from Vinícius gives us life before the break. Afterwards we had options to tie but the third in a counterattack from him made it impossible”, he concluded.

[See the classification of the Champions League].