Ancelotti: "I don't need to talk to Vinicius"

The controversy over Vinícius and his scuffles with the Mallorca and Javier Aguirre players was the focus of Carlo Ancelotti's press conference this morning in Valdebebas prior to tomorrow's match on Wednesday, Real Madrid's debut at the Bernabeu in the Champions League against German Leipzig. 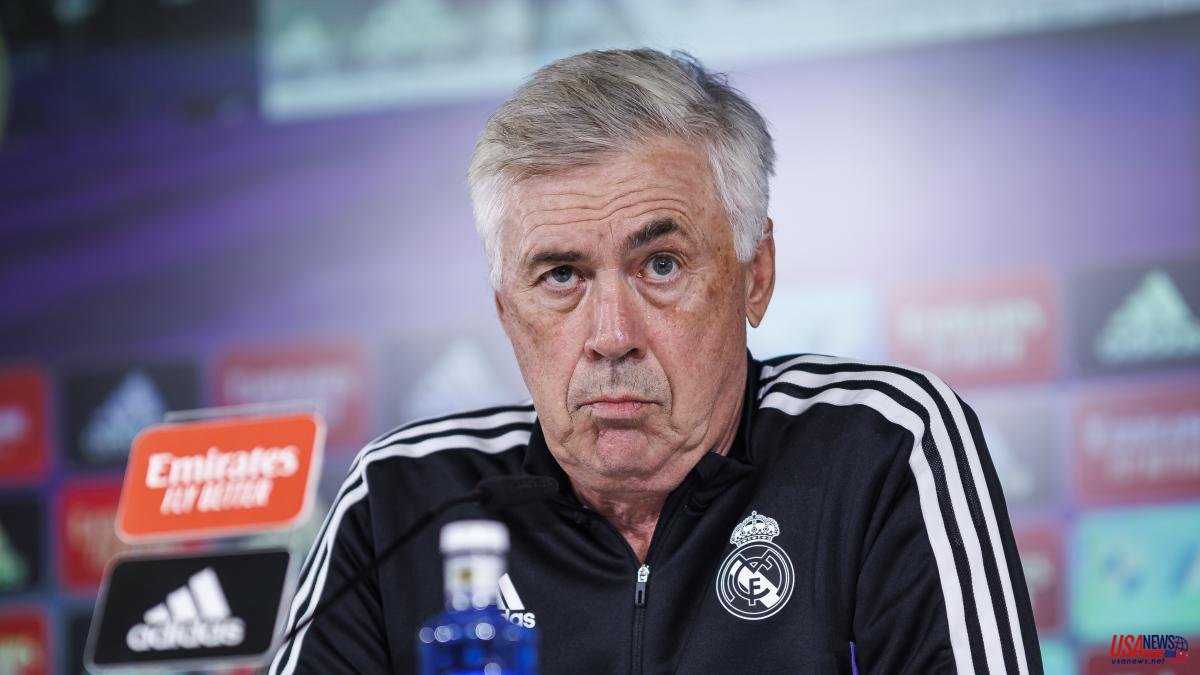 The controversy over Vinícius and his scuffles with the Mallorca and Javier Aguirre players was the focus of Carlo Ancelotti's press conference this morning in Valdebebas prior to tomorrow's match on Wednesday, Real Madrid's debut at the Bernabeu in the Champions League against German Leipzig. The Italian coach did not like it at all that he was asked several times if he considers Vinícius a provocateur or a provocateur, and if he has spoken with him about the subject: "I see him as a great player, who is showing all his talent. Nothing more. No We got into this topic. I'm not deaf or stupid, I hear what is said, but it's not an issue for us or for Vinicius. He has extraordinary quality and it's quite normal for the rival to try to stop him. There are regulations that protect all footballers, not just Vinicius."

Carlo Ancelotti also remarked that he has not spoken to Vinícius about what happened against Mallorca: "We don't talk about this, it's not something we need to talk about."

The Real Madrid coach only sees good qualities in Vinícius: "Since last year he has improved a lot in this regard. It is clear that each one has their character and their qualities. The important thing for him is to be focused on the game and what he has to do, nothing else.

The anger of Marco Asensio, who could not play against his former team. He also came up at the press conference: "Asensio cannot be considered a young-youngster or a veteran. Right now he has to hold on, he's doing well. The reaction to anger has been good, he trained very well yesterday and he did very well today, and this is what has to happen when a player gets angry. There are two reactions, train better or lower your arms. He has the chance to play tomorrow".

Ancelotti is also happy with Hazard's performance: "He fulfilled what we asked of him in the two games he has played. Without Benzema, we have been able to find replacements: one with Hazard and the other with Rodrygo. I think Eden has complied, yes; as the team in general. Against Mallorca I didn't ask him to score, he did what he had to".

Regarding the evolution of Benzema's injury, Ancelotti didn't bother too much: "He's doing well, there are chances that he'll make it to Sunday's derby. But he'll only play if there's no risk of injury."

Ancelotti doesn't trust Leipzig, and even less so about their striker: "Leipzig's striker is very dangerous, with Timo Werner, Nkunku, Szoboszlai, Forsberg... We're talking about a very dangerous team if you give them the chance to show their quality. I think that the defensive aspect will be as important as the offensive. Tomorrow is an important game for the classification of the group. It is a team that has had problems at the start of the season, but they did very well in the last game, against Dortmund They have players with skill, very fast."

Before Ancelotti passed through the press room Antonio Rüdiger, who also spoke about Vinícius: "What Vinicius does is haggling and it is completely understandable that some rivals want to hurt him when they have the chance. I have also tried it on occasion chance: you have to try to stop your opponent. It's one of Vinicius's greatest qualities and you have to try to stop him, but always respecting your opponent. We all have to do our job and he tries to do his for the team to win".

Rüdiger was also asked about Neymar's statement about being a scary player: "I don't know what to say about that statement. I don't know if I scare anyone, what I do like is being aggressive but with justice , being clean; my statistics say it: in the last five years I have not been red. My nature is to play with force".