Ancelotti: "I consider myself a person who does a spectacular job"

After assuring Pep Guardiola that he is "a genius", after the changes that gave Manchester City the victory against Chelsea, Carlo Ancelotti assured when asked what he is, as a coach with the most Champions League in his history, and assured that is "a person who does a spectacular job. 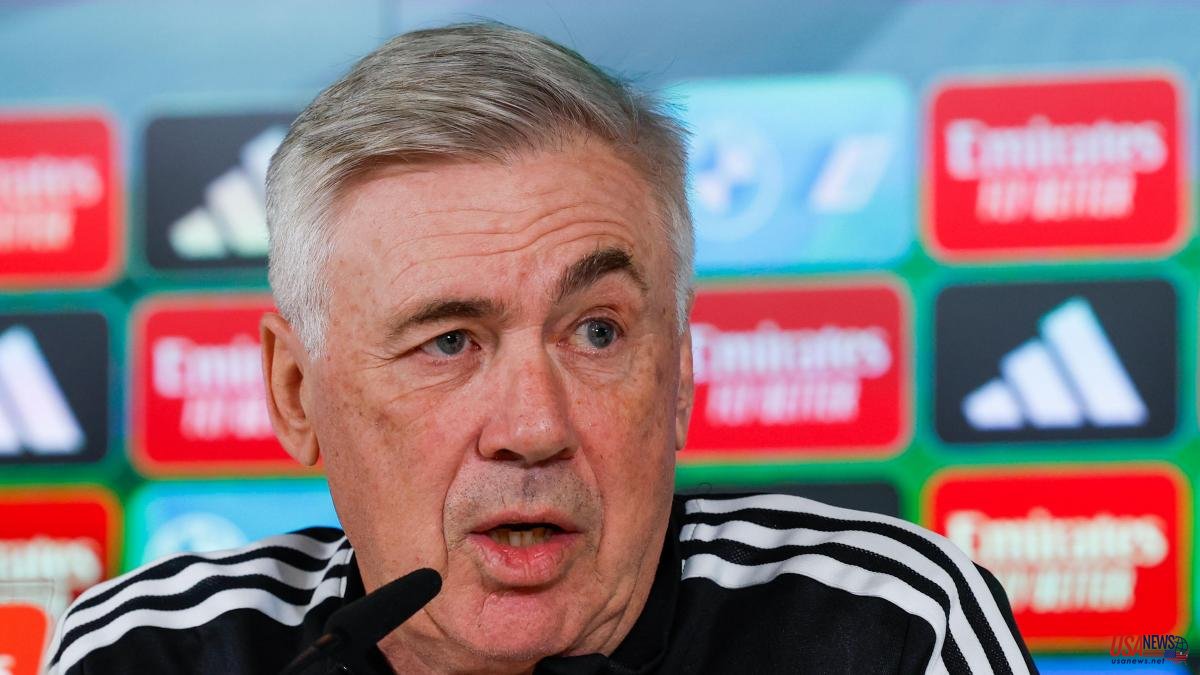 After assuring Pep Guardiola that he is "a genius", after the changes that gave Manchester City the victory against Chelsea, Carlo Ancelotti assured when asked what he is, as a coach with the most Champions League in his history, and assured that is "a person who does a spectacular job."

Ancelotti praised Guardiola and defined himself. "I consider myself a person who does a spectacular job, who is sometimes successful and sometimes not, who is lucky to be at the best club in the world. Guardiola is a great coach, he has given something new and interesting to football and he continues to contribute new things," he said.

On the day the Three Kings arrived, 'Carletto' confessed that he has never celebrated them and has other traditions, but he hopes they will bring him the same success as last season. "No coal. I haven't received any of that," he joked.

"My custom is not the Three Kings, it is December 13, which is Saint Lucia and since I was little I received gifts on that day. I am not used to asking for the Three Kings but at this moment the challenge is to try to match what was achieved in 2022. We will try to give the best we have to try to repeat it and improve it."

To do this, he will start 2023 with a schedule full of matches, up to eleven in 35 days, but without concern for the good physical condition in which he sees his squad. "We are used to playing every three days, it suits us well and we can fix it with the squad that has come back quite well after the World Cup."

"We have had small problems but most of them are fine, in good physical condition. We started well, we have a difficult game against Villarreal, but we arrived well and we have the confidence to play a good game," he added.

In addition, the Italian coach highlighted what the professional footballer has changed during vacation time. "The reality is that the player is now quite professional and he always trains. Even if he stops, they never stop 100 percent and when he returns they are in good condition. Before, when they gave you a month's vacation, you did everything except train. Now the player is much more professional".

Ancelotti highlighted the change in mentality that the arrival of Quique Setién has given to his next rival. Expect an open duel between two teams that attack and bet on the search for good football and goals.

"Villarreal has changed with Setién, they play football with a very clear identity, they play good football. It's going to be entertaining because we want to play a good game and do it in the best way. To win you have to get the best out of it".

"They have a clear identity, different from Emery's Villarreal. Setién really likes offensive football, with good positioning for his players. It's going to be an open game. That's the idea I have. They played a good game against Valencia" he added.

Ancelotti will line up "a fresh team", with all the starters who rested in the Copa del Rey. "Most of them haven't played against Cacereño. It's a team that's close to last year's and after each game I'll choose the best. The Spanish Super Cup is a very important title for us and I'll try to get the best team".

Lastly, he praised the Brazilian Rodrygo, happy for the versatility he brings to him in attack. "He is a starter because every game I am not saying that he makes the difference but he is important, whether he starts or comes in later. He is a very important player."

"History says that there are few starters, I have rotated Vinícius and Benzema little. It is difficult to say Rodrygo's position because he can play in any attack and he makes the difference with his great quality. He is not a specialist in one position, he is of an attack football", sentenced.

Consult all the results of Real Madrid in the Santander League.