Ancelotti does not reserve anyone and goes with everything to Valladolid 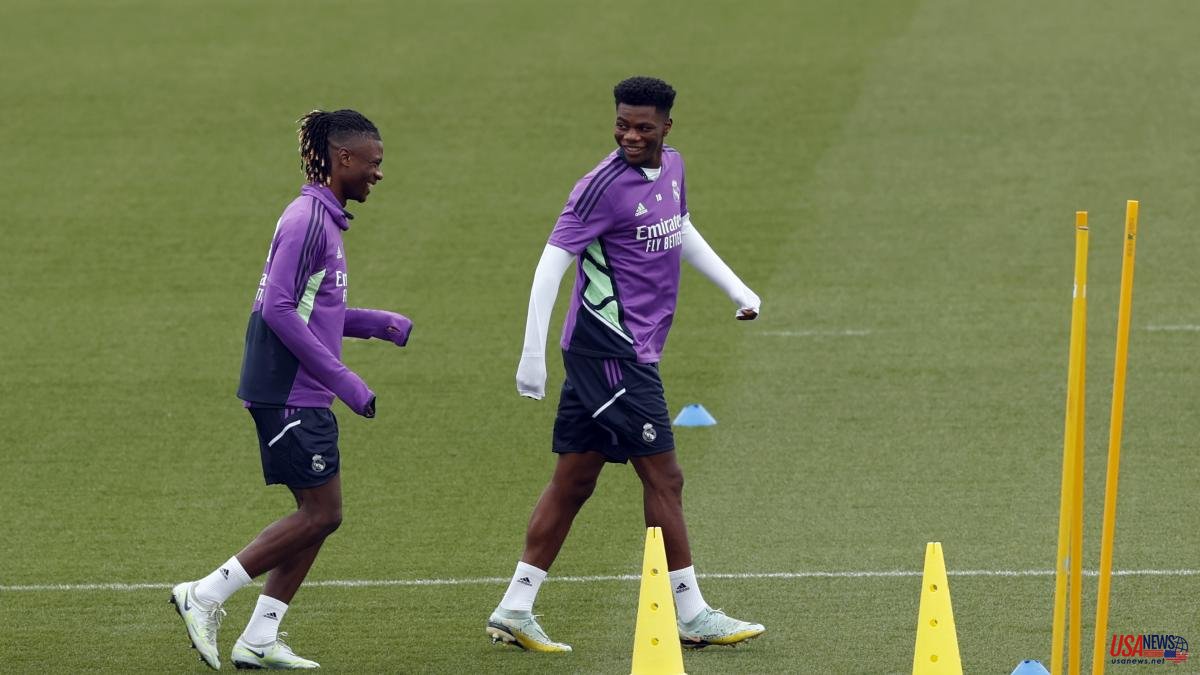 Real Madrid resumes tonight (21.30) the League at the Nuevo Zorrilla against Valladolid. Carlo Ancelotti does not reserve anyone and takes the entire squad with the exception of the only one injured, Mariano, with a sprained ankle. It seems unlikely, from what the Italian coach said in his press conference yesterday, that the last recruits are starting: Modric, Camavinga and Tchouaméni, the ones who went the furthest in the World Cup.

Two points behind the leader, Barcelona, ​​Madrid would surpass them in the standings to take the three points today, waiting for the Catalan derby tomorrow Saturday. The whites are the team that has been the best away from home in this league, but the group's performance now, after a 50-day break, is a mystery.

Ancelotti commented yesterday that he is concerned about such an overloaded calendar. Until mid-February, Madrid plays every three days. The great incentive for Real Madrid today is to check the form of Karin Benzema. Muscular fatigue, discomfort and injuries have made the Ballon d'Or miss nine of the 21 games for the white team until Qatar. Her last participation was for 26 minutes against Celtic in Glasgow, on November 2. Since then she has been absent for four games and the World Cup, which she had on her horizon as her great goal of the year, vanished one day before the start due to an injury to the quadriceps of her left leg.

The eleven that Madrid can present today in Zorrilla is a mystery. Ancelotti said yesterday that those who have been training in Valdebebas the longest would play. That would rule out Tchouaméni, Camavinga and Modric. Ceballos, Valverde and Kroos are shaping up for the midfield. Nacho could be before Rüdiger or Militao. Above Benzema and Vinícius seem safe.

Real Valladolid also has the unknown of how the break has affected the blanquivioletas players -who only had El Yamiq in Qatar -with hamstring discomfort that keeps him out of the squad- and Gonzalo Plata, who is expected to play, but who He has been with a feverish process and without training.

None of these aspects seems to worry the Burgos coach, José Rojo, Pacheta, who has recovered pieces, such as Luis Pérez and Kenedy, although the latter is not around to play too many minutes having been away from the competition for several months.

For Pacheta, the key to surprising Ancelotti's men is "staying close together in defence, nullifying their speed and the ability to play between the lines of people like Benzema. You have to be brave in attack and try to surprise them in transitions, although there are few teams that have managed to do it. We are expectant and excited. I think we can win the game", he commented at his press conference on Wednesday.