Ancelotti: "Defeat is an accident, in football it sometimes happens"

Real Madrid did not have the best return from the national team break. 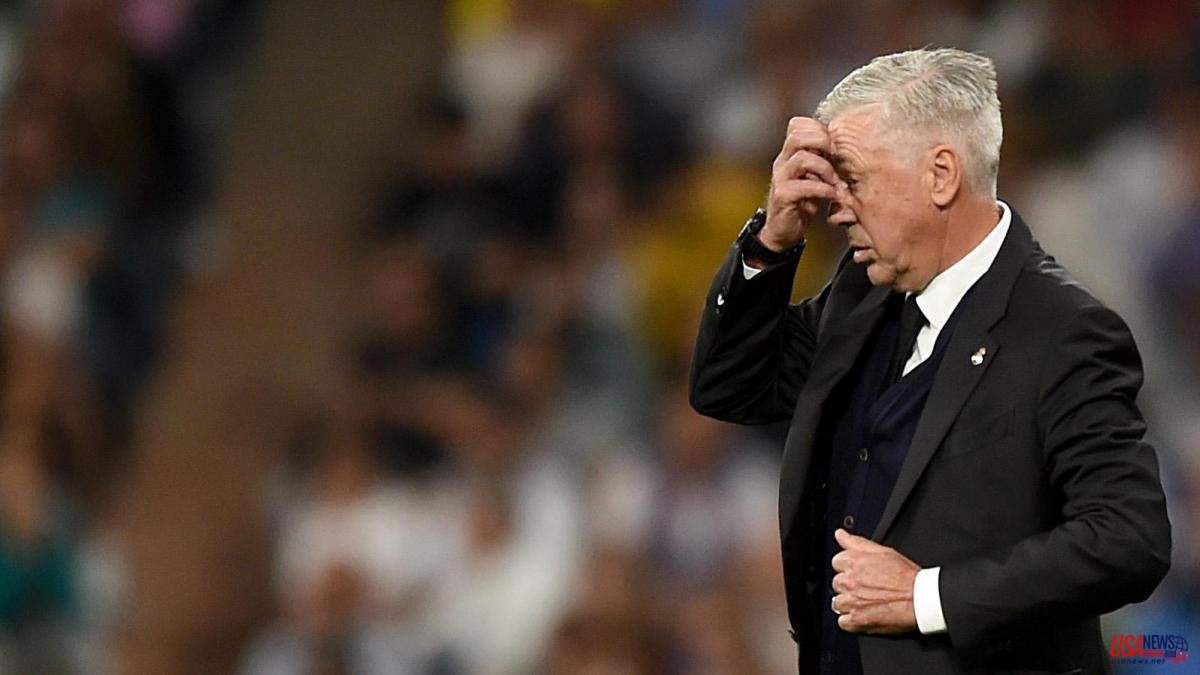 Real Madrid did not have the best return from the national team break. The white team got tangled up against Osasuna without being able to pass the draw at the Santiago Bernabeu, a result that means they lose the leadership in favor of Barcelona, ​​although tied on points.

Carlo Ancelotti regretted the tie but without wanting to recreate himself. "It's an accident that can sometimes happen in football," said the Italian coach before the DAZN microphones after the game. "He failed to score the penalty as Karim usually does," he added.

"It's true that the game was complex, it wasn't spectacular. We got ahead but then we conceded a goal with a cross from midfield, quite rare", analyzed Ancelotti, who admitted that "the team didn't play as it should play".

Benzema's lack of rhythm after almost a month away and the absence of Luka Modric was noticeable in Madrid's game. The French striker again missed a penalty against Sergio Herrera, sending the ball to the crossbar. "Karim played his part, he had the opportunity but he missed. He already missed two last year. He has to get in shape playing."

For his part, Dani Ceballos admitted that the team was "not fine in front of goal or with the ball." "There was a lack of dynamism, but the next game (of the Champions League) has to be faced in the best way".