'El lado oscuro', one of the best-known songs by the group Jarabe de Palo, together with 'I don't usually compare myself', make up the original and unpublished demo that goes up for auction on the Malaga portal todocoleccion. 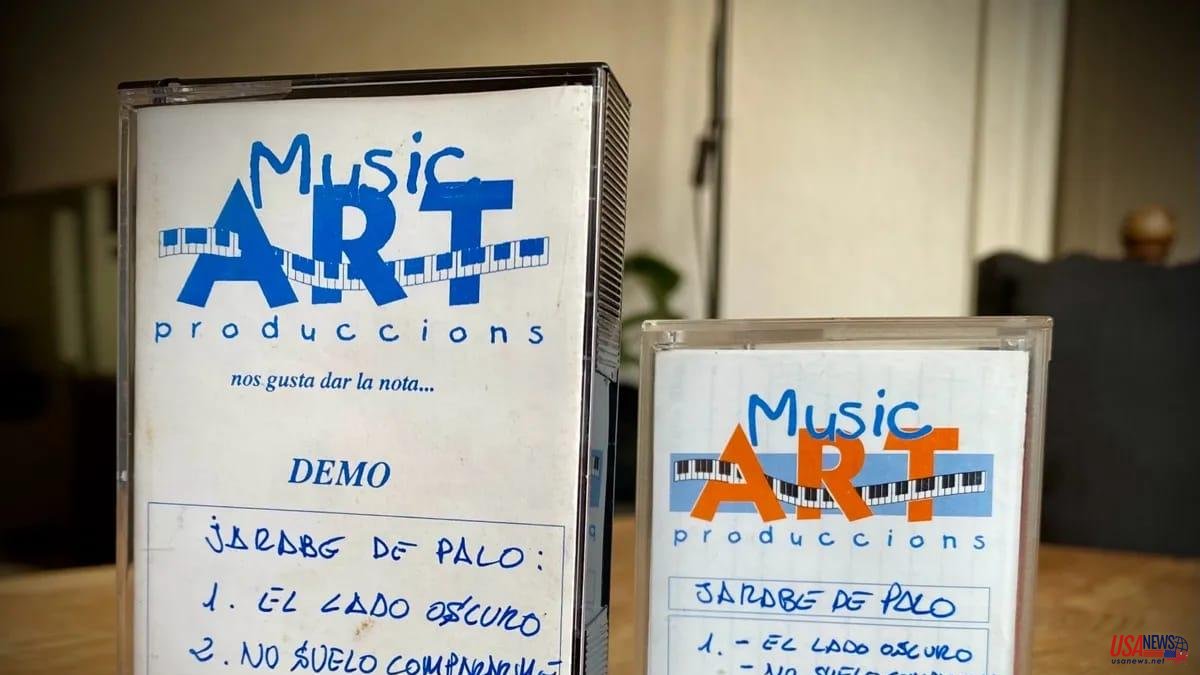 'El lado oscuro', one of the best-known songs by the group Jarabe de Palo, together with 'I don't usually compare myself', make up the original and unpublished demo that goes up for auction on the Malaga portal todocoleccion.net at a starting price of 3,500 euro.

The lot, which is in the Extraordinary Christmas Auction ( https://www.todocoleccion.net/s/catalogo?M=e

The story has its origin between 1995 and 1996 in the Gracia neighborhood of Barcelona, ​​where the seller, who at that time was the owner and recording technician of the Music Art studio, recorded the demo.

"I met Pau and his brother because they worked in the same building making sets for an advertising production company. At that time Pau came to see me to record a demo of a couple of songs. Then Jarabe de Palo had not yet achieved success or signed with no record company, he had not yet gone to Cuba or composed: 'La Flaca', the owner of the tape explains to Europa Press.

It was later, according to the owner of the model, when Pau Donés recorded a video clip with the director and producer Fernando de France and, immediately afterwards, he triumphed with the campaign for the Ducados Rubio spot by the hand of a creative director from the Casadevall agency. and Pedreno.

"My friendship with Pau lasted a few years and I have fond memories of it," says the todocoleccion seller, who assures that "the model could have helped Pau get off the ground." "The environment in which he moved was already aware of the future value of Pau and his group Jarabe de Palo. His optimism, his character, his creativity and his capacity for effort did the rest", has he added.

Likewise, the owner of the tape has commented that he chose todocoleccion to auction this unique material thanks to the recommendation of a user and expresses his wish that said material ends up in the possession of a collector who knows how to appreciate it.

"I have lovingly kept this model for many years and I think it would be appropriate for it to go to someone who can appreciate it for what it is: the beginning of a career of enthusiasm and effort, with its own imperfections of the principles of any artist. A collector, someone who knows how to share this unprecedented content in context."

The Jarabe de Palo model is not the only special item in this new edition of the Extraordinary Christmas Auction, which has more than 106,000 lots related to art, books, toys and other collectibles.

Among them, singular pieces stand out such as an ONCE coupon from May 1939, unique and historic, since the organization issued its first coupon in the same month and year as this issue.

This copy includes the signature of Francisco Quevedo Villegas, which is why it belonged to his personal library and is at a starting price of 8,450 euros.

As for sports collectibles, a Pelé pennant made to commemorate the Brazilian striker's 1,000th goal, which he achieved on November 19, 1969; as well as a rookie sticker with the caricature of Alfredo Di Stefano as a Real Madrid player who, in the opinion of the seller, is "the most difficult to get" of that period.

Special objects with history that you can find in this Christmas event that the web celebrates annually since its birth, 25 years ago.