An unchained Hindley caresses the Giro 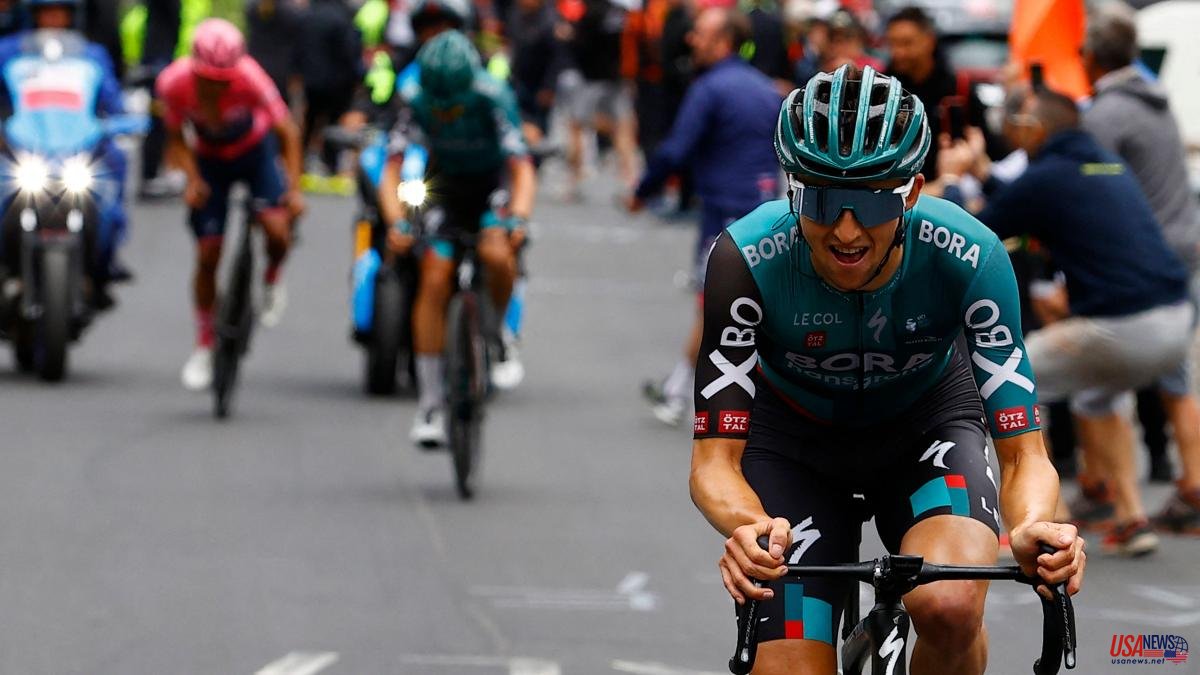 Couldn't wait any longer. It was impossible. There was no other tomorrow to dream of. It was the last day in the mountains. It was the last port. It was the stage in which the Giro finally exceeded 2,000 meters in height. They were the great Dolomites. They were the last ramps with terrible percentages. And Jai Hindley took advantage of it. The Australian attacked with three kilometers to go. Better late than never. But it is that with that only demarraje in three weeks it served him. One and that's it. The one from Bora picked up Carapaz. He did so much damage that he caused the pink jersey to go into crisis, caused it to sink, destroyed his morale. With each pedal stroke, Hindley, who was unchained, was closer to the Giro. With each meter, the podium cleared.

They call Marmolada the cemetery of champions for a reason. Carapaz got the face of the cadaverous Bugno in 1993, with his tiresome pedaling, unable to follow Indurain. The Italian was no longer the same as before. The Ecuadorian's rhythm was like that of Zülle in 1998, also dressed in pink, when Pantani left him. Hindley walked like a champion. He was flying light. He was promoted driven by that psychological blow. Nothing to do with the one in 2020, where already in the fall, that he lost the race in the last stage, a flat time trial in Milan, precisely against Tao Geoghegan Hart, Carapaz's teammate at Ineos.

The oceanic, launched, overtook cyclists who were ahead of the breakaway. He was fully aware that he could kill the race. He was going to deliver the final blow. The South American was passed by the runners. Without help. He was taking Kämna, Hindley's partner, from the escape and who was key in the final attack. The German was now a ballast, which did not give him even a relief, which reminded him that the Giro was slipping away, that he even allowed himself the luxury of attacking him, to dig into the wound.

“I knew it was the crucial stage. The end was brutal and if he had the legs he could make the difference”, analyzed Hindley already at the finish line, knowing that he had 1m25s to defend in the 17km of Verona. “We have been patient until today. When I heard that Carapaz was staying I thought it was time”, he explained about the attack of him, the winner of the sprint at the Blockhaus. One and enough. That is effectiveness, even if it is detrimental to the show.

So empty was Carapaz that Landa came from behind and also overtook him along with Carthy. The Basque from Bahrain was the first of the top three to show signs of weakness but recovered. “I haven't felt well all day. I have not been able to squeeze the team because I could not follow them”, confessed Landa, to whom the forces have not accompanied him, to whom words and imagination were more than legs (That is also landism). “In the end, I saw that Richie was going down and I felt better but I suffered a lot all day”.

Landa, who already had the third place on the podium in his pocket since Bardet and Almeida abandoned, has the second box at just 26 seconds. Too much for a 17 km time trial? "It seems like a long way to me," says the man from Alava frankly, although he leaves the door open. "If today (Carapaz) ended very empty... who knows?" The climb to the Torricella Massimiliana and the cobblestones of Ponte Vittoria and Piazza Bra, in front of the Arena, can make you choke.

The whole mountain of the third week of the Giro has been disappointing. Miles passed and no one tried anything different. All together. They didn't move. Everyone behind the team that set the pace. Bora, Ineos or Bahrain. It didn't matter. More fear of losing than fighting to win. It looked like groundhog day. The stage for Covi, like Bouwman, Buitrago or Hirt, all escaped. Until the Marmolada arrived. What was not seen in Mortirolo, nor in Santa Cristina, nor in Monterovere, nor in Kolovrat, nor in San Pellegrino, nor in Pordoi was finally unleashed on the eternal straights after Malga Ciapela. That endless horizon lifted Hindley and mentally destroyed Carapaz.