An Islamist mob breaks up International Yoga Day in Maldives

The Maldives are known as a paradise of private islets for honeymooners, washed down with champagne. 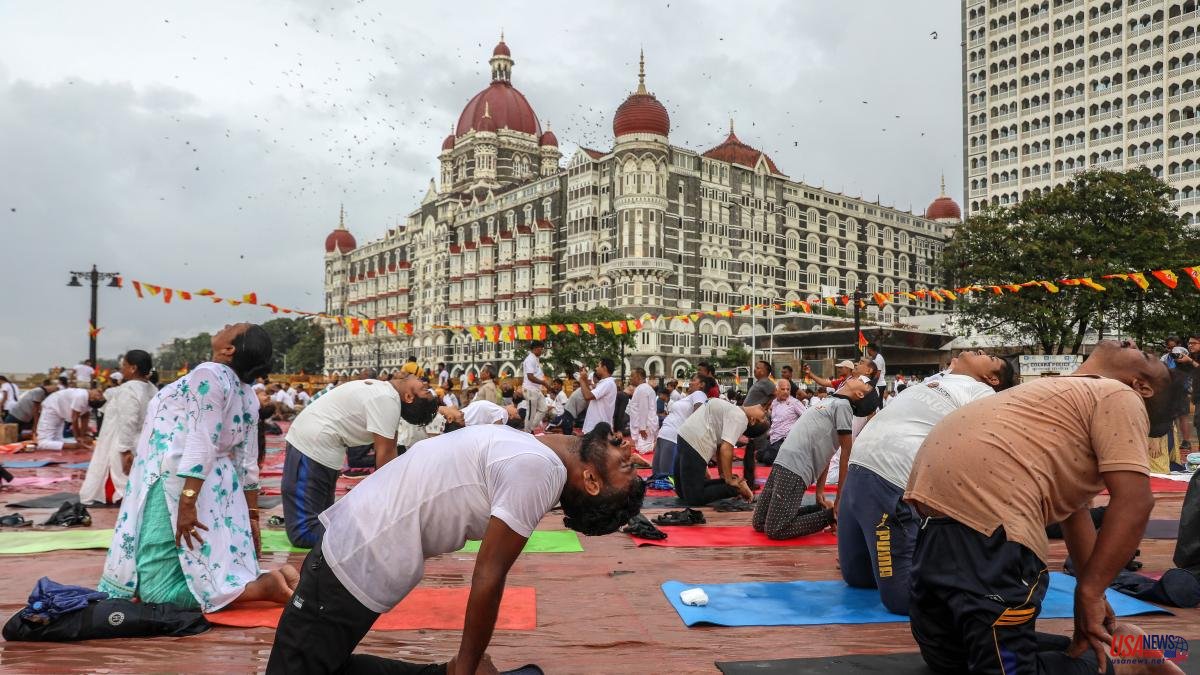 The Maldives are known as a paradise of private islets for honeymooners, washed down with champagne. But in the royal archipelago, the political and cultural struggle has been fierce for fifteen years. This very morning, an Islamist mob violently stormed the Malé stadium to boycott the celebration of International Yoga Day.

It was held under the auspices of the Indian Embassy and the Ministry of Sports, and many of the 150 participants were diplomats and civil servants. When the latter were already lined up, sitting on the grass, they had to rush up and run, before the irruption of a group of exalted.

A few hours earlier, two well-known Islamic activists had called a "peaceful" rally in front of the stadium on social media, "against Hindu activity." However, after some incendiary speeches, those summoned broke the police cordon, entered the Galolhu stadium and began shoving and beating the peaceful yoga practitioners.

Maldivian police, initially overwhelmed, have ended up arresting six of the rioters, after receiving reinforcements. And despite the scare, the activity was able to resume.

The Malé government has stated that it takes the investigation of the riots very seriously in case it has the support of political forces behind it. The president, Ibrahim Mohamed Solih, has promised an exemplary response.

The current opposition, led by former President Abdullah Yamin, is using the Islamic charter to try to regain power in next year's elections. Yamin is a stepbrother of former dictator Abdul Maumun Gayum, who has turned his back on him politically. Yamin's loss of power in the 2018 elections came as a surprise and was very well received in New Delhi.

Yamín, who then spoke of a "judicial coup", was convicted in 2019 of corruption and spent two years behind bars or under house arrest, until his acquittal last November.

To this must be added that, for fifteen years, Maldivian politics cannot be interpreted without taking into account the rivalry between India and China in the Indian Ocean. During the years of Abdullah Yamin, the Chinese, who were already the first nationality among tourists, also won the award of large infrastructure projects. During those years, Yamin survived an attack on the ship that was transporting him, on his return from Mecca, in which his wife was injured.

This struggle for influence is also taking place in nearby Sri Lanka, currently immersed in a very deep financial crisis, to the point that Beijing seems to have given up pulling the chestnuts out of the fire for its protégés, the Rajapaksa brothers. Although Gotabaya Rajapaksa remains in Colombo as president, Mahinda Rajapaksa - the man who defeated the Tamil Tigers - had to ignominiously resign as prime minister under popular pressure last month.

The politician who has relieved him, the indefatigable Ranil Wickremesinghe -five times in office- has rushed to sign the former president of the Maldives, Mohamed Nashid, as adviser -they met on Saturday- in order to obtain international support for the financial rescue of your island.

Nashid himself, who was exiled in London for years, suffered another strange bomb attack last year, from which he was injured. During his tenure, he received threats on several occasions from the country's Islamist sectors.

It is not the first time that the Maldives, whose population is entirely Muslim, has suffered fundamentalist acts, such as this morning against the International Day of Yoga, declared as such by the UN at the proposal of the Indian Prime Minister, Narendra Modi. In recent weeks, moreover, the main opposition party has raised the tone against what it considers "persecution" of Muslims in India, by the Modi government.

Solih accused the opposition and former president Abdullah Yamin last April of leading a campaign against the permanent presence of the Indian military in the country, with the aim of weakening his government's relations with New Delhi. Yamin has replied that he is not anti-India, but pro-Maldives.