Barça was in charge of dispelling doubts on nothing less than one of the most demanding tracks in the Euroleague. 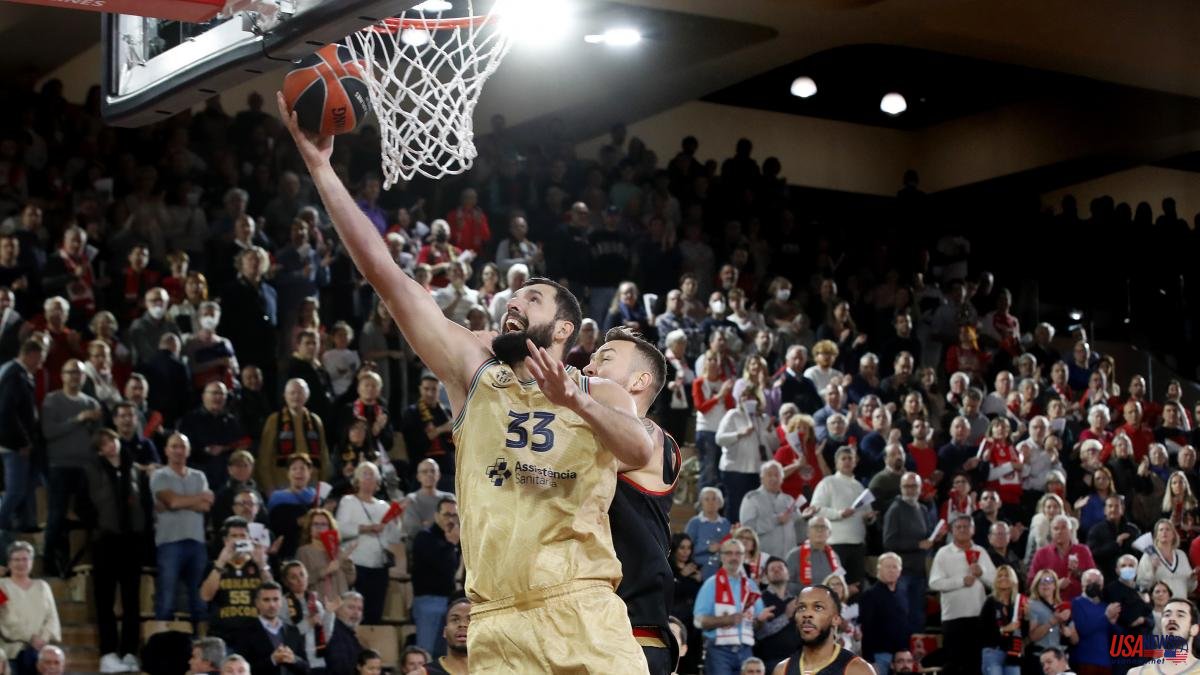 Barça was in charge of dispelling doubts on nothing less than one of the most demanding tracks in the Euroleague. Led by a colossal Nikola Mirotic, the Blaugrana team achieved a prestigious victory against Monaco, one of the most in-form teams on the continent. The defensive intensity and the success in the outside shot were weapons of mass destruction to blow up the Salle Gaston Medecin, an impregnable place this season except for the leader Efes.

To squeeze their chances against the second classified, Barça needed to refine in several facets where they had shown themselves to be vulnerable. Saras Jasikevicius asked in the previous major concentration behind to stop Mike James's band and that's how it was.

The intense pressure often led to the precipitation of the Monegasques, one of the highest scoring teams in the competition. The Blaugrana defense was very on top of it, especially James, a differential player whom Barça had under control in the first half. By the time the US point guard re-enlisted, it was too late. The Catalans had already done their homework.

The match started at a devilish pace. The slogan was clear: minimize the number of losses to avoid counterattacks from Sasa Obradovic's team, a specialist in the field. The defenses prevailed in the early stages until Barça refined the triple. Kuric, Mirotic, Higgins, Satoransky... the pitchers followed one another and the success was not lost. One of Mirotic deserves a special mention with 1.1 seconds to go before the break. The Spanish Montenegrin star, also tremendous in defensive rebounding, is on the right track, once again looking for the best version of himself.

Barça corroborated the good feelings left in the first half in a sensational third quarter, with Mirotic and Satoransky unleashed and joined by Laprovittola. The difference of 18 in favor of the Blaugrana team was insurmountable for Monaco. Desperately, those of the Principality came close on the scoreboard, but the visiting victory was not in danger. Barça now shares the second position (9-4) with Madrid, Olympiacos and Monaco itself.

Referees: Ryzhyk (UKR), Radovic (CRO) and Vilius (LIT). Eliminated: There was none.

Incidents: Meeting corresponding to the thirteenth day of the Euroleague played in the Gastón Medecin Room in Monaco before 4,600 spectators, full.