An injury knocks out Paula Badosa

Almost at the end of the first set, Paula Badosa (24) explodes. 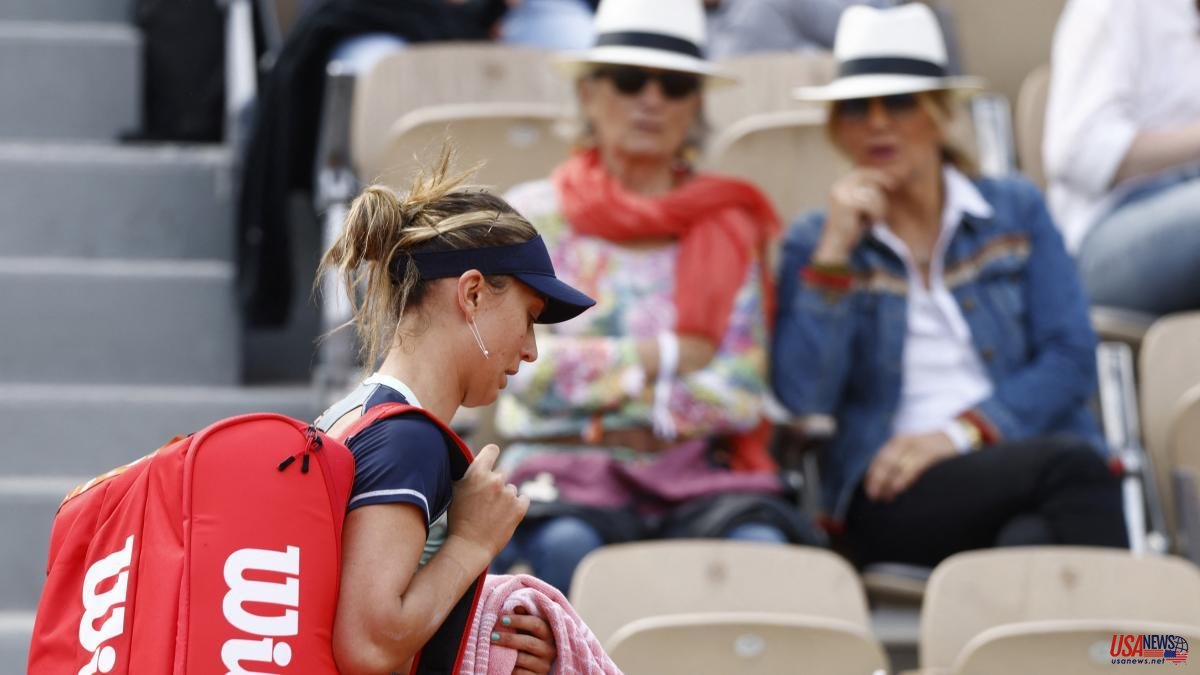 Almost at the end of the first set, Paula Badosa (24) explodes.

Nothing goes right for him anymore at Suzanne Lenglen, the club's second court, in the Bois de Boulogne. The game has been twisted for a long time.

At the beginning of her duel against Veronika Kudermétova, Badosa had won the first two games: things were looking good, she had broken the rival's serve. But since then, nothing. Kudermetova, a tennis player today without a flag (she is Russian), had signed up five games later, five games at a stretch, and then Badosa sat on the bench and called the doctor and the physiotherapist.

The specialists spent five minutes manipulating his right calf, five minutes in which Badosa writhed in pain and covered his face with a towel and cursed his luck.

Badosa, third seeded, expected great things in this Roland Garros with an uncertain destiny: the tournament is proving desperate for the favourites. Each of them has been falling one after another. Only one Top 10 will reach the round of 16, Iga Swiatek, the strongest tennis player on the WTA circuit, now that Ashleigh Barty no longer competes: today, Swiatek got rid of the Montenegrin Danka Kovinic, 6-3 and 7-5 .

At Suzanne Lenglen, after his five minutes of physiotherapy, Badosa returned to the scene and, for a few moments, seemed to revive. She finally scored a game, the eighth, but she gave in in the next one and saw how the first set vanished: 6-3.

He fought a little more, another three games, already in the second set, but with 2-1 down he picked things up and left the scene, dismayed.