An incorrect and providential leader

The appearance of Mikhail Sergeyevich Gorbachev was interpreted by the vast majority of Soviet and Western analysts as the already soporific logical succession of the patent decomposition of the regime. 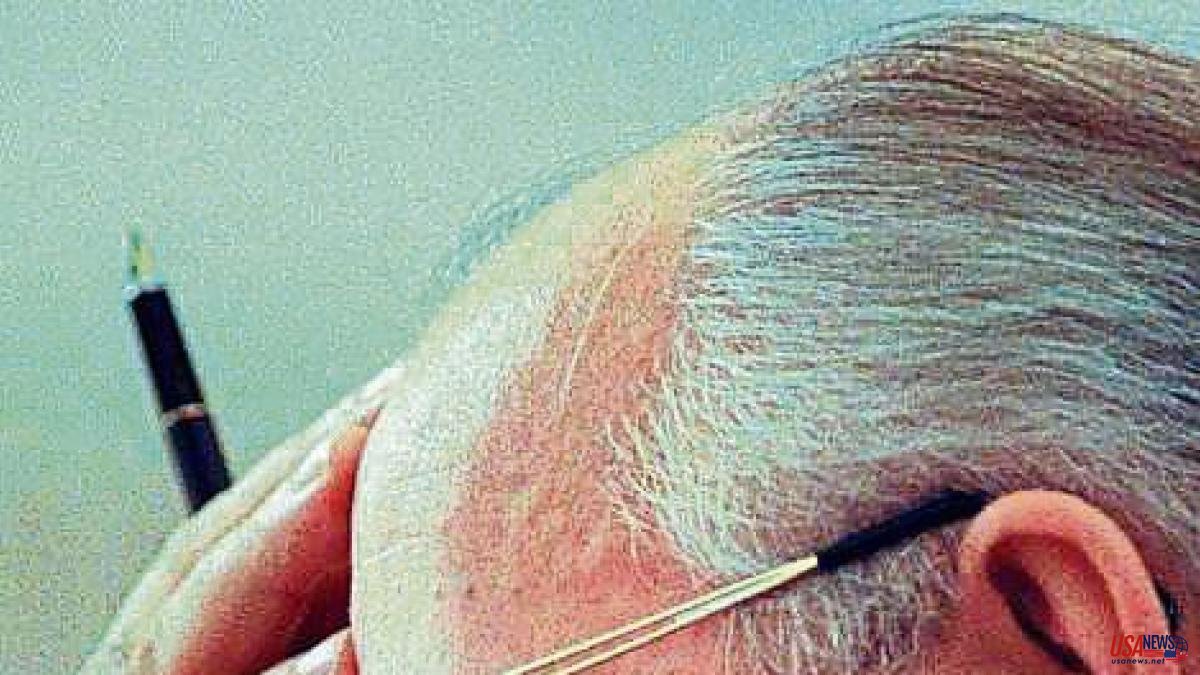 The appearance of Mikhail Sergeyevich Gorbachev was interpreted by the vast majority of Soviet and Western analysts as the already soporific logical succession of the patent decomposition of the regime. The only difference of this “lout” from the south of Russia, from the lands of Stavropol, with his peasant accent and his provincial manners, compared to his decrepit ancestors, was his relative youth.

But very soon he surprised, even those who knew him from his years at the university, such as Adam Michnik and above all the insightful and always successful Western analysts, by his speech, between the official and the new, where, suddenly, the everyday collided with the Soviet incorrect.

As Elvira Vail, the widow of the great journalist Piotr Vail, told Gorbachev at the beginning of his mandate by an American journalist: "It is said that you consult your wife Raísa on all important questions", the president, after a moment of perplexity and blushing (he was not used to this type of question), he answered: "Yes, it is." “And why?” the journalist wanted to know. To which Gorbachev replied: "Because I love her."

In another order of things, being literature even then one of the most faithful indicators of the air that was breathed in power –let us remember the appearance in 1962 of One day by Iván Denísovich, the novel as short as it was devastating by Alexander Solzhenitsyn–, the publication of The Fire (1985), by Valentín Rasputin, the author of Farewell to Matiora, was one of the proofs that something was moving. In a village, the warehouse where the goods that supply the town are kept burns down and all the inhabitants rush to put out that fire. The bitter and revealing surprise is that inside the warehouse, already smoking and scorched, everything that ordinary people dream of but never manage to own is kept: motorcycles, washing machines, etc.

It is above all the intellectuals who warn that expressions such as perestroika (reconstruction) were the Gorbachev translation of “reform” (a taboo word in the Soviet lexicon), or that glasnost (informational transparency) was a timid way of speaking about freedom of expression. ; that is to say, it was no longer pure propaganda, such as "Atoms for peace" or "Friendship among peoples", or "Long live working women", etc., but rather a reality that timidly appeared above all in literary magazines and magazines. editorials.

The appearance of films such as Repentance, by Tenguiz Abuladze, or Come and See by Elem Klimov, or the theatrical and cinematographic adaptation of the novel Heart of a Dog, by Mijaíl Bulgákov (from which his brilliant The Master and Margarita or The white guard ), the recovery of censored films or the return of novels published abroad, along with Life and Fate , The children of Arbat , Doctor Zhivago , The general and his army , The adventures of the soldier Chónkin or the narrative cycles of Sergei Dovlatov and a thousand others. And there are countless of them.

It was a real avalanche for the Soviet intelligentsia (and for the Slavs of the world) that fueled a thousand hopes and convinced us that things were serious. One of the best known examples was the case of Vitali Shentalinski, who managed during this small and brief window of freedom to rescue from the KGB archives manuscripts and files of writers repressed in Soviet times. Mandelshtam, Akhmatova, Platonov, Bulgakov, Gumiliov, Pasternak himself and many more emerged from the Lubyanka archives to appear on the pages of magazines and books. But conflicting voices immediately appeared: some believed that the changes were too fast and others , on the contrary, that too shy.

I remember a first publication of Grossman in a magazine accompanied by a study almost as long as the novel (Everything flows) that refuted the author's heterodox arguments. People, of course, read the novel, ignoring the wise reflections of… was it Volkogonov? Who remembers him?

What is serious – an evil that persists to this day – is that most of the people, anchored in fields and villages, as well as in small cities – what the Russians call “provinces” – neither read nor wanted to know anything about the Zhivago doctors. nor of other intellectuals of Jewish origin, nor were they happy to know that the Kolimá Tales or The First Circle saw the light. What worried them was that they would not even be able to dress and bury their dead with dignity, that they would have to sell their cutlery, crockery and old wall clocks standing still in order to eat. How many second-hand bookstores were filled with the complete works of Lenin and Stalin, but also of Chekhov and Tolstoy!

The correspondents of those times, days, months, years of hopes and torments –Pilar Bonet, Llibert Ferri, Olga Merino, Rafael Poch, etc.– have given a good account of their chiaroscuro impressions in their books and articles. But at last came the failed coup of August 1991 and, after its failure, the beginning of a new era.

The great merit of Mijaíl Serguéyevich Gorbachev was that of having opened the doors to democracy and freedom both in the USSR and in its area of ​​influence. And nothing that happened before or after – not in Georgia or in the Baltic republics, in Central Asia, etc. – and there are countless errors and crimes committed, whose responsibility also falls on Gorbachev's hump (“gorb”), may tarnish for many this giant step that Mikhail Sergeyevich took.

That then came the empty shelves in the stores, the crazy prices, the shots and the explosions, the massive flight of citizens, that "the refrigerator won the game over TV"? It's true.

But it is also true that countries subjected to Soviet rule regained their freedom, that thousands of prisoners and victims of reprisals, unfortunately not all, saw the open doors of their prisons, psychiatric hospitals and labor camps, that the world of thought and creation they saw freedom from the always capricious and ignorant control of the State, that a cultural barrage of publications flooded the country and another current of citizens until then locked up in the prison of the peoples that was the USSR were able to go out and see what many of them called a life "normal".

Mijaíl Serguéyevich Gorbachov, with his defense of the "common values ​​​​of humanity" what he proposed is to return to the former Soviets that: a "normal" life.

It is true that he did not succeed for a long time, that he also opened the doors to small dictators and criminals like Putin, since neither he nor Yeltsin was able to judge and much less convict the authors of the crimes of the Soviet Communist Party. But seen from today, Mikhail Sergeyevich was one of those gray beings in the Soviet nomenclature who, suddenly, by a true miracle of human genetics, at a crucial moment in Soviet history, became an individual who, to the surprise of all and providentially changed the course of history.