An exhibition produced by the Suñol Foundation based on works from its collection stops at the Palau de Caldes d’Estrac Foundation (Maresme). 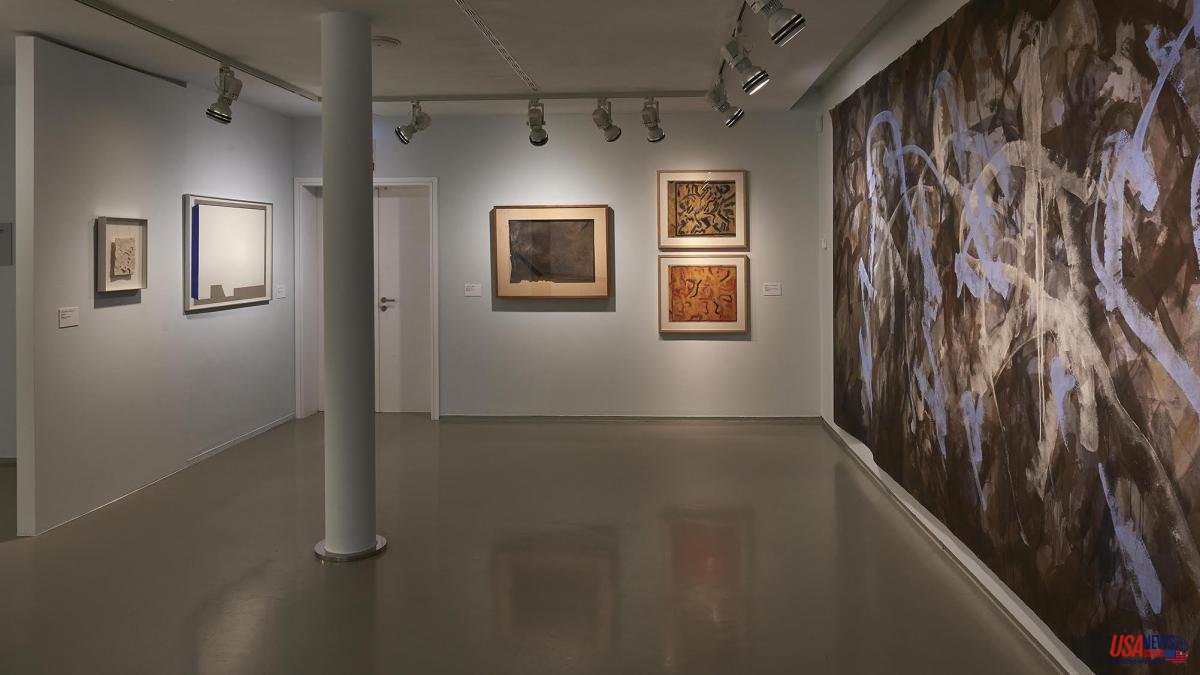 An exhibition produced by the Suñol Foundation based on works from its collection stops at the Palau de Caldes d’Estrac Foundation (Maresme). Signes i escriptures reviews the symbolism of codes and words in contemporary art. Writing, alphabets, spelling systems, pictograms, make up the traveling exhibition that can be visited in the Maresme until September 18 and later in Vilanova i la Geltrú.

The works in the exhibition have in common that they are made from 1972 to the present. In them, the recurring use of symbols and writing in the plastic arts of the second half of the 20th century is discovered.

Works by Antoni Tàpies, Robert Llimós, Chillida, José Luís Alexanco, Fina Miralles and Zush, among others, offer a vision of the creative process and the manifestation of an unpublished and unique language along with works by artists such as Ignasi Aballí, Darío Villalba, Carlos Pazos or Joan Rabas-call, who present explicit narratives.

The exhibition evolves in the different stages, as it happens in the communicative act. The first section, Art and writing, is an example of linking art with written symbols, such as Egyptian hieroglyphs, miniatures from the Middle Ages, Byzantine mosaics or Romanesque frescoes, which introduced letters.

The exhibition also covers the avant-garde movements of the early 20th century with creators linked to art, poetry and writing, who investigate the role of the letter as an expressive element.

The combination of the elements results in artistic contributions that did not go unnoticed by patron Josep Suñol, whose collection has more than 1,000 works.