An era and a style are gone

It has been 70 years since Princess Elizabeth received the news of the death of George VI, her stuttering father, while spending a few days on vacation in a colonial reserve in Kenya with her husband. 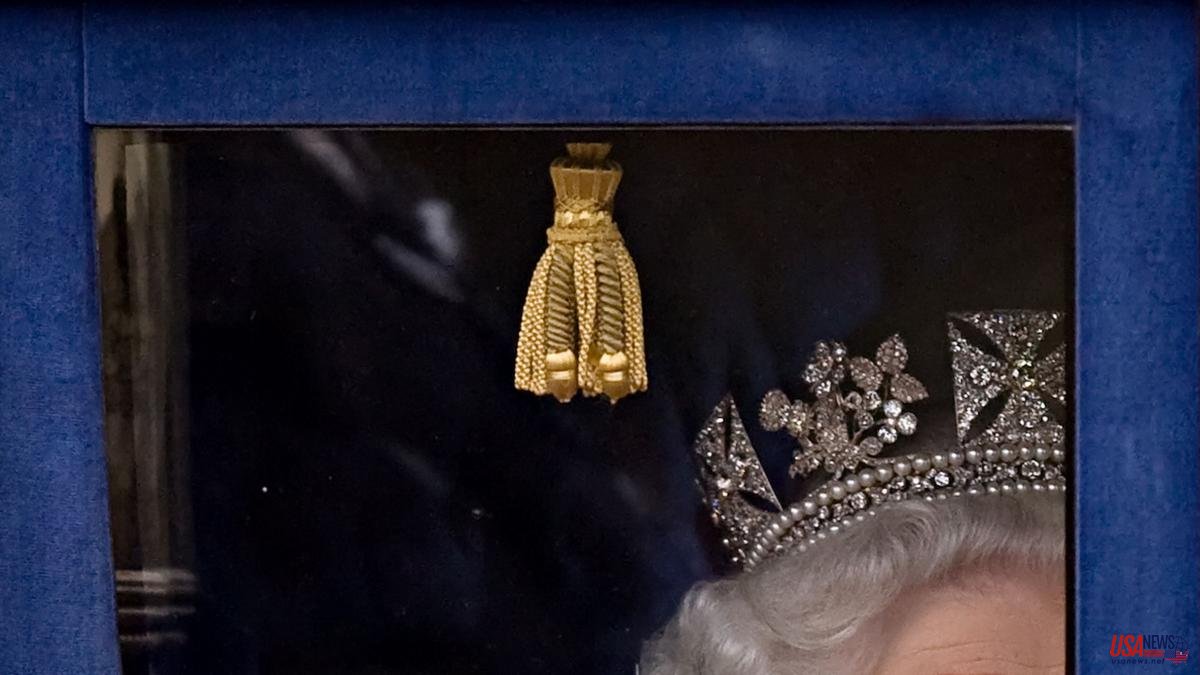 It has been 70 years since Princess Elizabeth received the news of the death of George VI, her stuttering father, while spending a few days on vacation in a colonial reserve in Kenya with her husband. Elizabeth II was the heir to the crown and she immediately returned to London.

He has left at the age of 96 having preserved an institution that has known how to adapt to the times without losing its extravagances, its possessions and the respect of the vast majority of a people that is monarchical because they find it useful. A republican in England is an anomaly. The British mourn a person they have admired for his knowledge and for representing the unity of a nation as fragile as it is resistant. He acceded to the throne when the country and the world had not recovered from the devastation of the last war. He asked Winston Churchill to form a government when he won the second elections and he formally requested it from the 15 prime ministers who have passed through his palatial stays until two days ago, at Balmoral, he asked Liz Truss.

The British monarchy has no practical power but it is the cornerstone of a system in which democracy and freedoms have been preserved unchanged for the longest time. Queen Elizabeth II has enjoyed massive popularity because she has performed her trade professionally.

Scandals in the royal family have been as plentiful as they are unpleasant. But as staged in the movie The Queen, the queen got over that moment by doing what she didn't feel like doing when Prime Minister Blair and British public opinion forced her to come to London to pay tribute to a princess who died under a Paris bridge. whom he held in considerable contempt. Lady Di, the people's princess, received due homage from the queen, sober and professional, walking solemnly through the forest of flowers that thousands of Englishmen had deposited at the gates of Buckingham in honor of the princess separated from her country and the Royal family. But she was the mother of the one who will probably one day be King of England.

Few peoples are so sensitive to the beauty with which time adorns things. The old age of a public personality is not a hindrance but a virtue. The English are very conservative because they have a lot to conserve. They like mature statesmen, polished by time, just as they like antiques, used clothes, and old books.

After Lady Di's drink, the monarchical mystique was woven around the old queen. When she came to the throne, England had the largest empire in history. Elizabeth II saw how almost all the colonies were lost and the United Kingdom was slowly dying as a power in the international arena. But they invented the Commonwealth, which Elizabeth II was able to cultivate as she was considered the sovereign of many countries that were part of her empire.

The queen was, and King Charles will remain, the richest person in Britain, the one with the most real estate, the most works of art, the most castles, and the most leisure spaces. The maintenance of the royal family is superior to that of any other monarchy in the world. All the notable characters of the last century have passed through its palaces or castles. She received Truman and the rest of the US presidents, with the exception of Johnson, even Biden. The mettle with which he put up with Trump at Windsor Castle when the US president skipped all protocols on his official visit is very recent.

The monarchy has lasted so long in the United Kingdom because British society knew how to make revolutions and changes of great political significance without attacking the principle of legitimacy. Also because of the practicality they apply to politics and life. It is the last country in Europe from which adventures or compromises of any kind can be expected in matters of an abstract nature.

Many Britons considered Brexit a mistake but the queen did not comment on the matter. She also does not know her opinion on the independence referendum held in Scotland in 2014. Elizabeth II is the head of the Church of England following Henry VIII's decision to secede from Rome in the 16th century. She and she has done it with style, responsibility and respect.

He has met and treated Conservative and Labor Prime Ministers, mining leaders, artists, intellectuals and sportspeople. Her passion for horses has been on display with the repertoire of hats that stunned international fashion at Ascot races.

King Farouk of Egypt, a great playmaker with a certain sense of humor, said that only five kings had the throne assured: the four of the deck and the king of England. Farouk knew it would not last because it was a fiction that the English had placed in Egypt and he had nothing to do with the ancient pharaohs. But the British monarchy is still standing because it symbolizes a traditionalism that does not get in the way.

The popularity of Elizabeth II was tremendous on the occasion of the 60th anniversary of her reign. More than a million people endured a rainy afternoon on the banks of the Thames watching a flotilla of more than a thousand boats of all types and eras that went up the river. Patriotism was displayed in a multitude of Union Jack flags in the form of umbrellas, trench coats, hats and china pieces. A collection of small boats used to rescue troops trapped at Dunkirk in World War II in 1940 preceded the flagship on which the officer who coordinated the evacuation was sailing.

Elizabeth II has been the ideal queen to preserve the institutions and political balance of a country that has fallen into disrepair but that retains the talent incubated in its universities, in Parliament and in the democratic tradition of several centuries of exercising freedoms. With Elizabeth II, the longest-serving queen in British history is leaving, but she is also leaving an era, a style and a way of exercising responsibility in public affairs.