An earthquake of magnitude 7.6 leaves at least one dead and several injured in Papua New Guinea

At least one person has died and several have been injured in Papua New Guinea after a strong earthquake of magnitude 7. 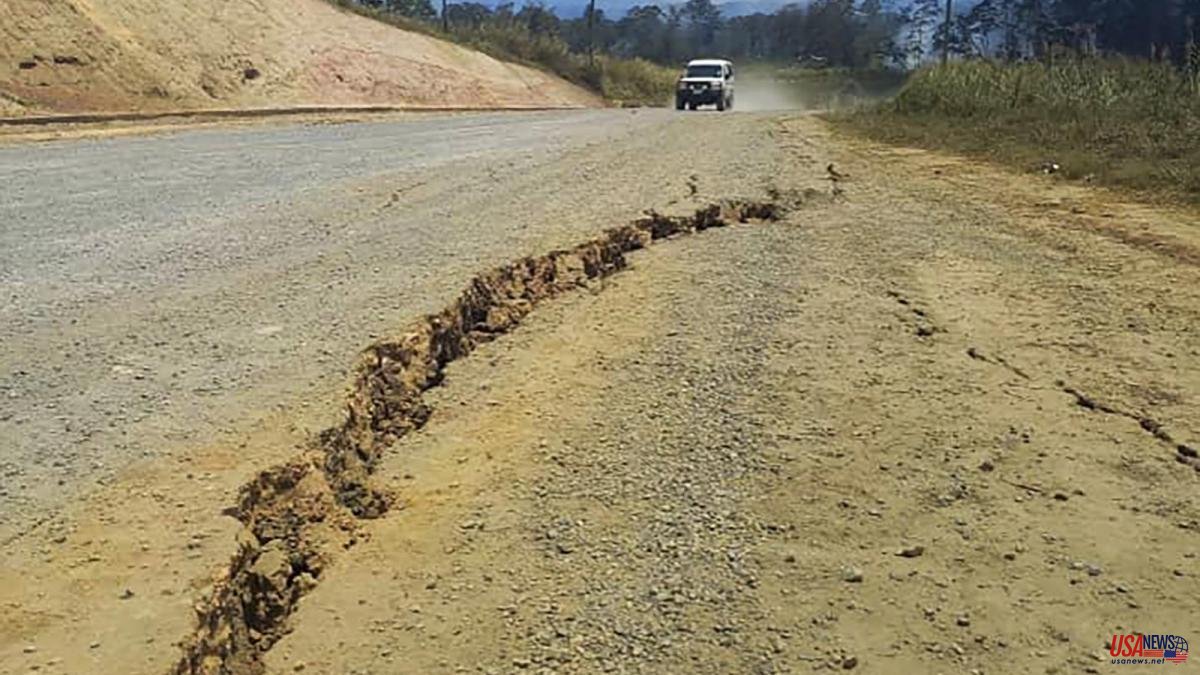 At least one person has died and several have been injured in Papua New Guinea after a strong earthquake of magnitude 7.6 hit the northeast of the country early this Sunday. According to the authorities, a woman has died after the landslide that caused the earthquake.

It is also not ruled out that there may be more victims since the place where the events occurred is in a mountainous region, which makes emergency and rescue tasks difficult for the victims.

The earthquake was recorded at 9:46 local time (23:46 GMT on Saturday) and its epicenter was located 63 kilometers from the mountainous town of Kainantu, a fairly unpopulated area that is located about 400 kilometers northeast of the capital Port Moresby, according to the United States Geological Survey, which measures seismic activity around the world. While the hypocenter has been recorded at a depth of 61 kilometers.

The strong tremor, which has lasted almost a minute, has cut off communications with several towns. On social media, residents have posted photos of large cracks in some roads, cars destroyed by falling walls and rubble, as well as buildings affected by the natural disaster. Likewise, its intensity has forced the United States Geological Survey to activate a warning of possible tsunami risk 1,000 kilometers from the epicenter that has later been lifted.

The country's prime minister, James Marape, has described the earthquake as "massive" and indicated that significant damage is feared, while specifying that at the moment he does not know the real extent of what happened in various areas of the country. "We have asked the national and provincial disaster agencies, as well as community leaders, to assess the damage and injuries to people and treat them as soon as possible," Marape said during a press conference broadcast on the YouTube platform.

The president, who met with part of the members of his government, specified that the fatalities are expected to be lower than those of the earthquake that occurred in February 2018, when more than 145 people lost their lives.

The island of New Guinea, whose western half belongs to Indonesia, sits on the so-called Pacific Ring of Fire, an area of ​​great seismic and volcanic activity that is shaken a year by some 7,000 tremors, most of them moderate.