An avalanche reaches thirteen people in the Manaslu

“We have witnessed an avalanche between camp 3 and 4 while a team was reopening the road at Manaslu. 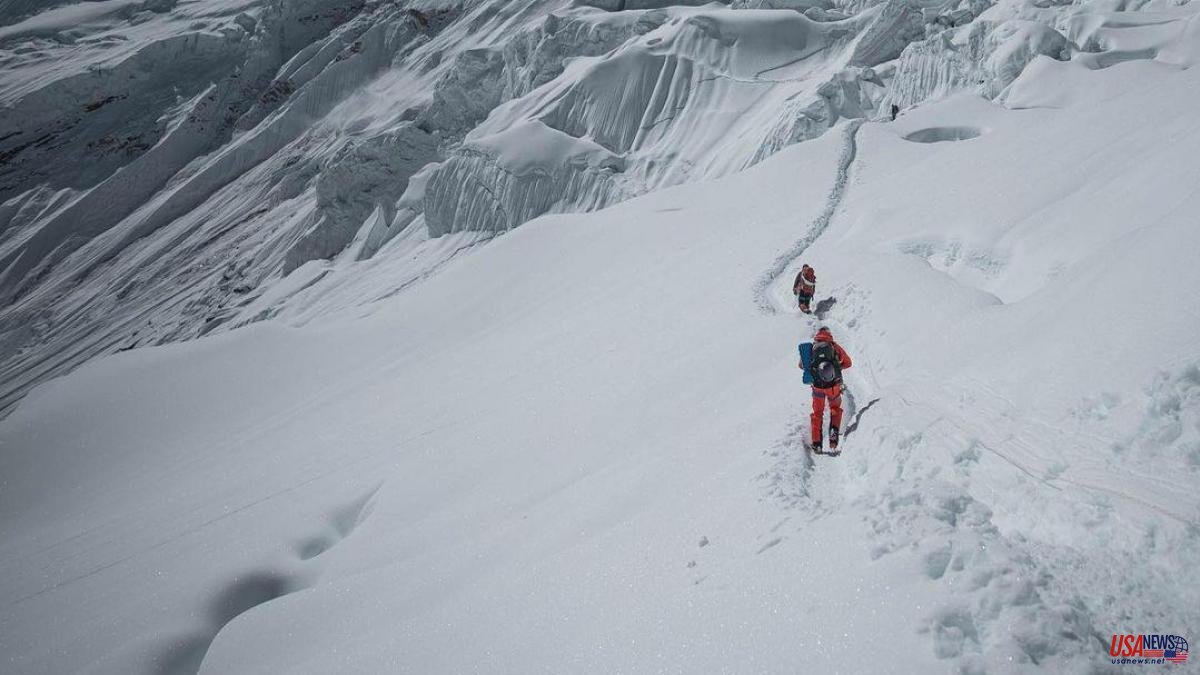 “We have witnessed an avalanche between camp 3 and 4 while a team was reopening the road at Manaslu. More than thirteen climbers were swept away by the avalanche. Four Sherpas require an urgent rescue, the rest have minor injuries”, alerted this morning through social networks Chhang Dawa Sherpa, director of the Seven Summits Treks agency, the one with the largest number of clients, a hundred, waiting for to be able to tread this Nepalese mountain of 8,163 meters. Shortly after, the Kathmandu newspaper The Himalayan Times reported that one of the injured had died and that two others had been evacuated, according to confirmation from police sources. Confusion reigns in the base camp about the dimension of the event. In addition, bad weather has complicated the rescue tasks. The intense snowfalls of the last few days have left the mountain heavily loaded with snow.

Likewise, The Himalayan Times has published another worrying news, the North American skier Hilaree Nelson has disappeared "after falling 25 meters through a vertical crack, just below the true peak", while her partner, Jim Morrison, descended ".

Manaslu has received this September more applicants than ever to the top. The Nepal Department of Tourism has issued at least 404 ascent permits out of a total of 506 processed for a total of 15 peaks.

“There was a group of between 40 and 50 people going up from camp 3 to 4, which is located at 7,400 meters above an avalanche-prone area. The avalanche has buried the route, affecting some thirteen people,” says Lluís Cortadellas, a Catalan mountaineer from base camp who has given up trying to reach the summit due to an injury. His fellow expedition members are safe in Camp 2.

The high, very high season of Manaslu begins at the end of summer, after the monsoon. In spring, nobody or practically nobody attempts this summit. A report led by the German Eberhard Jurgalski, who since 1981 has been researching and recording the summits of the planet's 14 eight-thousanders on his website 8.000ers.com, has caused a stir by stating that only three of the 44 people who would have completed said 14 mountains really reached the highest point of all, Edmund Viestur, Veikka Gustafsson and Nirmal Purja, leaving out figures as important in the history of mountaineering as Reinhold Messner or Jerzy Kukuczka.

Through the normal route, the Manaslu culminates at the end of a summit ridge that has several high points, which leads to confusion so that the vast majority remain several meters below. There are those who have already corrected his mistake this September, such as the Nepalese Sanu Sherpa, who, to clear suspicions, has crowned him again today in his attempt to reaffirm himself as the first person to finish "two rounds" of the 14 eight-thousanders.

The Sherpas who equip the mountain with fixed ropes to facilitate the evolution of their clients have been the first to have crowned, this September, the real summit of Manaslu. Subsequently, several mountaineers have followed the itinerary, such as the Norwegian Kristin Harila, who climbed 8,163 meters last week, in a day full of dangers, with the constant fall of small avalanches. Harila is very close to snatching Nirmal Purja, “Nims”, the record for being the fastest person to cross out 14 eight-thousanders. In five months, she has achieved twelve, she only has two left. Nims achieved it in 190 days, Harila adds 147 days, all with the help of bottled oxygen.