An Andorran judge has notified former Prime Minister Mariano Rajoy and those who were Minister of the Interior, Jorge Fernández Díaz, and Minister of Finance, Cristóbal Montoro, that they are being investigated as a result of a lawsuit for alleged pressure on directors of the Banca Privada d' Andorra (BPA) to obtain information from Catalan politicians during the procés, including the Pujol family or Artur Mas. 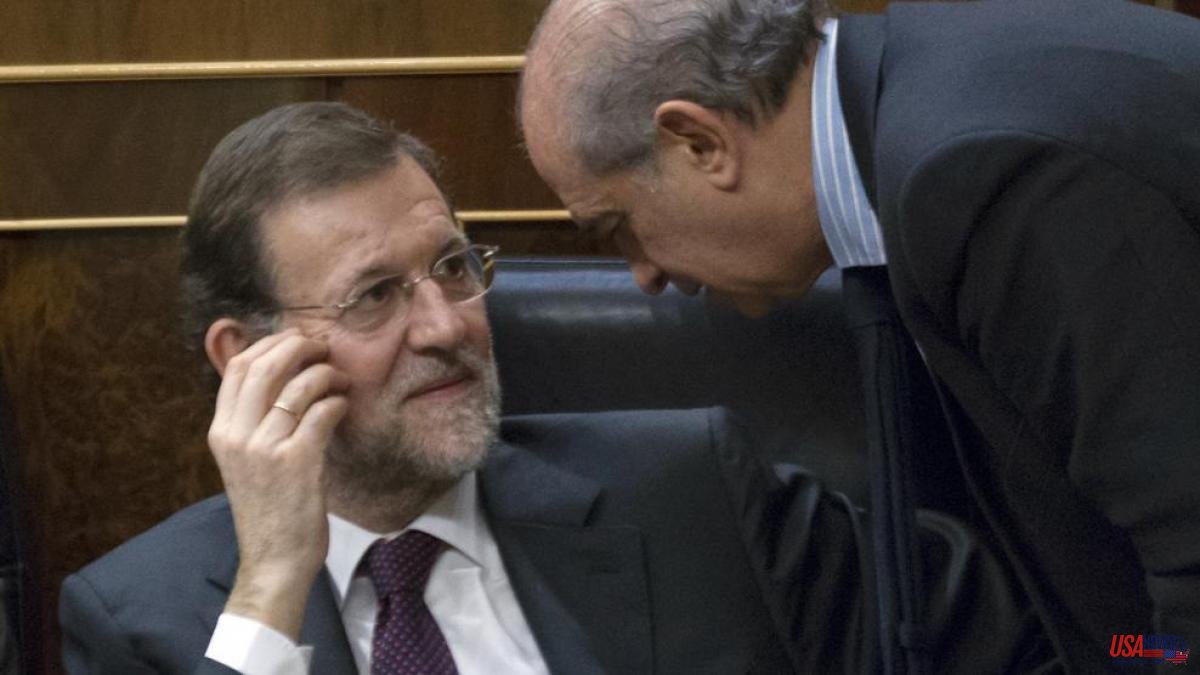 An Andorran judge has notified former Prime Minister Mariano Rajoy and those who were Minister of the Interior, Jorge Fernández Díaz, and Minister of Finance, Cristóbal Montoro, that they are being investigated as a result of a lawsuit for alleged pressure on directors of the Banca Privada d' Andorra (BPA) to obtain information from Catalan politicians during the procés, including the Pujol family or Artur Mas.

The investigation stems from a complaint, admitted for processing in 2020, filed by the Institut de Drets Humans d'Andorra, the association Drets and the former president of BPA Higini Cierco, for the so-called operation Catalonia and includes as investigated the former Secretary of State of Interior Francisco Martínez and the former director of the Police Ignacio Cosidó, according to the reporting entities.

The batlle –judge– of instruction number 2 of Andorra, Stéphanie Garcia Garcia, has now issued rogatory commissions to notify the complaint to the accused and gives them 15 days to appoint legal representation, warning them that if they do not do so, one will be appointed ex officio , the Institut and Drets have explained in a statement.

The judge has also agreed to send rogatory commissions again to the former deputy director of operations (DAO) of the National Police Eugenio Pino and former chief inspector Bonifacio Díez, who were already summoned but did not appear. Then Pino answered saying that he had retired and Díez, from the Spanish embassy in Mexico where he had been stationed, asked for clarifications, which served to return it to Madrid and leave it unfilled. The only one who appeared before the Spanish authorities at the request of Andorra was Commissioner Marcelino Martin-Blas.

The complaint, which was initially directed against members of the so-called "patriotic police", was later expanded as a result of the incorporation of new complainants, including the Pujol family. The complainants point out that the testimony of former National Police Commissioner José Manuel Villarejo confirmed that the police action under investigation also had political leaders.

The complaint, filed for the crimes of coercion, threats, extortion, blackmail and false documents, accuses Rajoy and Fernández Díaz of sending members of the police to pressure those responsible for the BPA to obtain information on the bank accounts of Catalan politicians in the Principality , among them the former president Artur Mas, the ERC leader Oriol Junqueras or the Pujol family.

The complaint maintains that the Spanish government would have extorted those responsible for BPA, threatening them with forcing the closure of the entity and its Spanish subsidiary Banco Madrid – both already closed – if they did not provide the required information.

According to the complainants, the Rajoy government allegedly sent false information about BPA to the United States financial crime control office, while "intimidating" the Andorran government and its ministers during an official visit to the Principality in January 2015, to precipitate the closure of the entity.

According to the plaintiffs, the investigation began in September 2016 as a result of a judicial statement made by Cierco before the investigating judge of the so-called BPA case, Canòlic Mignorance, in which he and the CEO of the entity explained since May 2014 Joan Pau Miquel, were coerced and extorted first by Inspector Celestino Barroso, Interior Attaché of the Spanish Embassy in Andorra, and later by Commissioner Marcelino Martín Blas in different meetings with Miquel in Madrid, to obtain the Andorran bank accounts of Artur Mas, Oriol Junqueras and the Pujol family with the threat of closing the Andorran bank as well as its Spanish subsidiary Banco Madrid. He threatens that the closure of both banks was completed on March 10, 2015.

The complainants add that when inspector Celestino Barroso was summoned, who is the one who spoke directly with Miquel in his BPA office - according to the recording that appears in the summary - the Spanish State granted him diplomatic protection so that he would not appear as being investigated in Andorra, a protection that is maintained sine die according to the last parliamentary response of 7-6-2021 given by the Spanish Government to questions from the PDECat.