An Andalusia at two speeds

What can be done with 95 million euros? Many things, including trying to open a leak – we'll see with what consequences – to Moncloa just eight months before the local and regional elections. 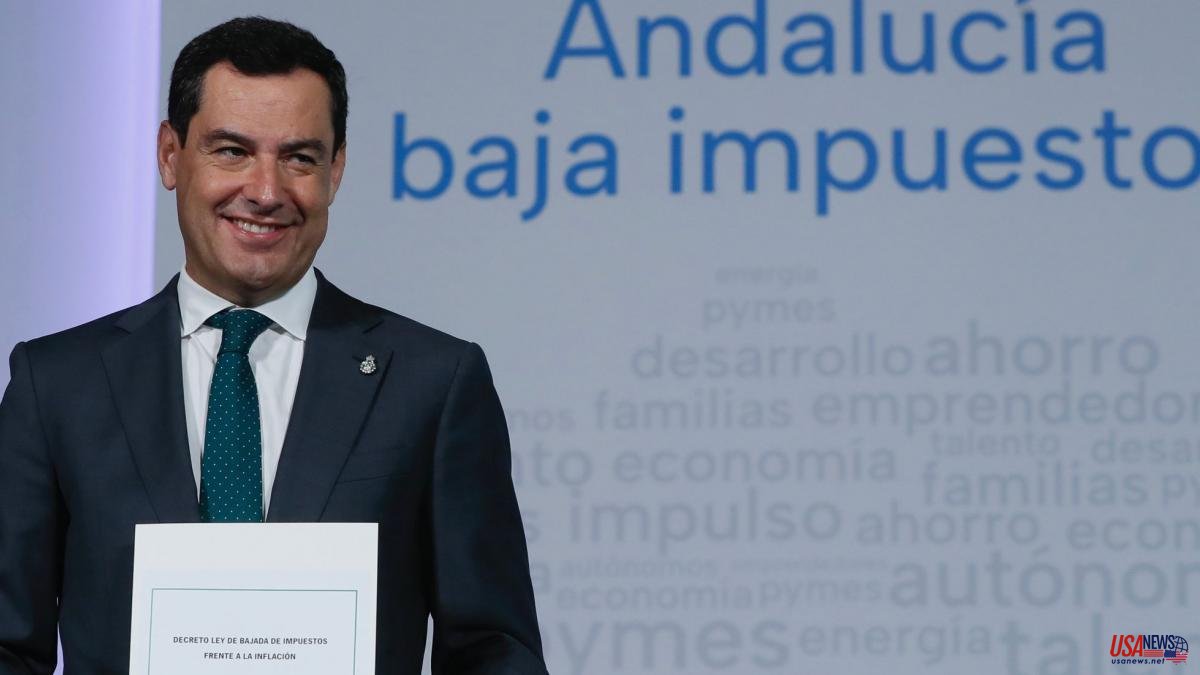 What can be done with 95 million euros? Many things, including trying to open a leak – we'll see with what consequences – to Moncloa just eight months before the local and regional elections. And, of course, provoke. "Man's attention span is limited and must be constantly spurred on by provocation," wrote Albert Camus. Judging by the reaction – in some cases critical; in others, aggressive – with which the Ministry of Finance or the Generalitat have received Juan Manuel Moreno Bonilla's announcement to abolish the wealth tax, there is no doubt that the President of the Board has placed himself in the center of the target: the political debate for a week, with constant episodes, revolves around the idea of ​​reducing taxes as a formula to quickly gain popular support. Some censor it; others praise it. Everyone talks about this matter.

The social costs of such a measure have surprisingly receded into the background. In political terms, the PP's strategy has achieved its objective: other autonomies are already beginning to emulate Andalusia, including Valencia, although with a different approach, and the Minister of Finance, María Jesús Montero, is finalizing a fiscal package that includes a new tax on large fortunes to dilute the tactics of the PP, which redoubles its fiscal war by now proposing to reduce VAT on basic products. Less taxes, more wood (populist).

The move, marked by the electoral interest of the PP, is not without risks, however. Andalusia, in social and economic terms, is very far from Madrid. It lacks the capital effect, which is an undoubted monopoly. Its industrial concentration index is discreet. The size of their very small companies. And its public services and collective needs have nothing to do with those of other peninsular territories in terms of efficiency or investment. The sudden grandeur of San Telmo is more virtual than certain. In its favor it has the climate, the history and the supposed quality of life of the South –to really enjoy it it is necessary to have comfortable economic income–, but the tax haven that Moreno Bonilla portrays to the outside world does not yet exist. It doesn't even resemble the famous limbo of Catholic theology.

The opposition to the proposal of the president of the Board does not worry too much in the Quirinale. The PSOE and the parties to its left, electorally dwindling, have so far not been able to capitalize on the criticism against the tax cut in their favour. All the pressure comes from outside. And it contributes to strengthening San Telmo, which in the coming months will add more fuel to the fire that has just been lit by leading a territorial front in favor of water transfers due to the drought. The tone rises: the Board already qualifies Moncloa's response to its tax reduction as an "aggression against autonomy". His rhetoric emulates that of the independence movement: "We do not want a fiscal 155." Reality, said Oscar Wilde, imitates art.

This battle may degenerate – if it hasn't already – into a disturbing turf war. The general call for the great fortunes of Catalonia to move to the South places nationalism in an insurmountable contradiction – which forces it to censor (for others) the same concept of fiscal sovereignty that it defends (for itself) and annoys the Sánchez Executive , which since 19J, the date of the southern elections, has been trying to survive the perfect storm of the increase in mortgages, the rise in energy prices and the rise in inflation.

The weak point of the operation designed by the Quirinale is not the protest, largely discounted, that its initiative has caused in the institutional and business spheres of Catalonia. It is the reading in a regional key that supposes the abolition of the wealth tax. Although its scope is relative –Andalusia received 95 million euros from this tax and its budget in 2023 will reach 45,000 million euros– it may end up causing uneasiness in social sectors of the region itself, given that a decrease in collection does not affect the same way to the eight provinces of the great autonomy of the South.

The impact is very different depending on the specific territory in question. Especially if we take into account that the most benefited taxpayers, and those who may consider a change of tax domicile, are concentrated –or are potential floating population– in the provinces of Malaga –cradle of the current Andalusian PP– and Seville, which is the regional capital. In the rest of Andalusia, especially in areas with lower income levels, the supposed benefits of

This tax remission is not perceived as such, since if regional collection does not increase through other taxes – income tax and VAT, substantially – the Board will have fewer financial resources for territorial cohesion policies in Andalusia.

Moreno Bonilla is not afraid –rather, he uses this element to his advantage– criticism from the Government. Neither are they excessively concerned about positions such as that of Valencia, which has preferred to concentrate its tax reform on average incomes, instead of favoring high incomes. What perhaps San Telmo has not calculated well is the negative effect that its fiscal policy may have in the most peripheral provinces – this is the case of Huelva or Jaén, where fewer actual and potential taxpayers are going to be exempt from property tax – or in areas such as Almería and Granada, which have significant deficits in terms of infrastructure and public investment.

The same speech that is made from Catalonia, criticizing Andalusia for lowering taxes on the highest incomes while receiving six out of every ten euros that it administers from the State as solidarity, can catch on in peripheral Andalusia. The reverse of Moreno Bonilla's message of fiscal autonomy, which is nothing more than a development of his lukewarm Andalusianism, a flag that the PSOE abandoned in 2018, is to make Andalusia an asymmetrical region.

This is precisely the great ghost of the political history of the South, where the elites of the Costa del Sol – 30% of the region's fortunes reside there – or of Lower Andalusia have nothing to do with the population of the inland counties , whose needs differ greatly from urban and metropolitan areas. Malaga and Seville account for 52% of the declarants by assets and 60% of the collection. For the rest of taxpayers, the tax holidays, limited to the deflation of the autonomous section of personal income tax, will be discreet or imperceptible, while resources for territorial compensation policies will be reduced.

The 95 million euros that the Andalusian Government is going to stop paying for the wealth tax is equivalent to three times the budget of the Andalusian Agency of Cultural Institutions, they are close to the resources of the Public Company for Health Emergencies, they exceed the regional investment In the Andalusian ports, the accounts of Extenda –the Public Agency for Foreign Promotion, dedicated to promoting the exports of Andalusian companies– have almost quadrupled, and the funds of Andalucía Emprende, the public entity whose

mission is to promote business entrepreneurship and exceed the cost of all teaching-civil servant staff in provinces such as Malaga. The new fiscal flag of San Telmo, if it does not work, will consolidate an Andalusia at two speeds and much more unequal.