A worldwide hit song that lasts more than eight and a half minutes? And on top of that repeat over and over again the same structure of verse and chorus? If American pie didn't exist, we might think it's impossible. 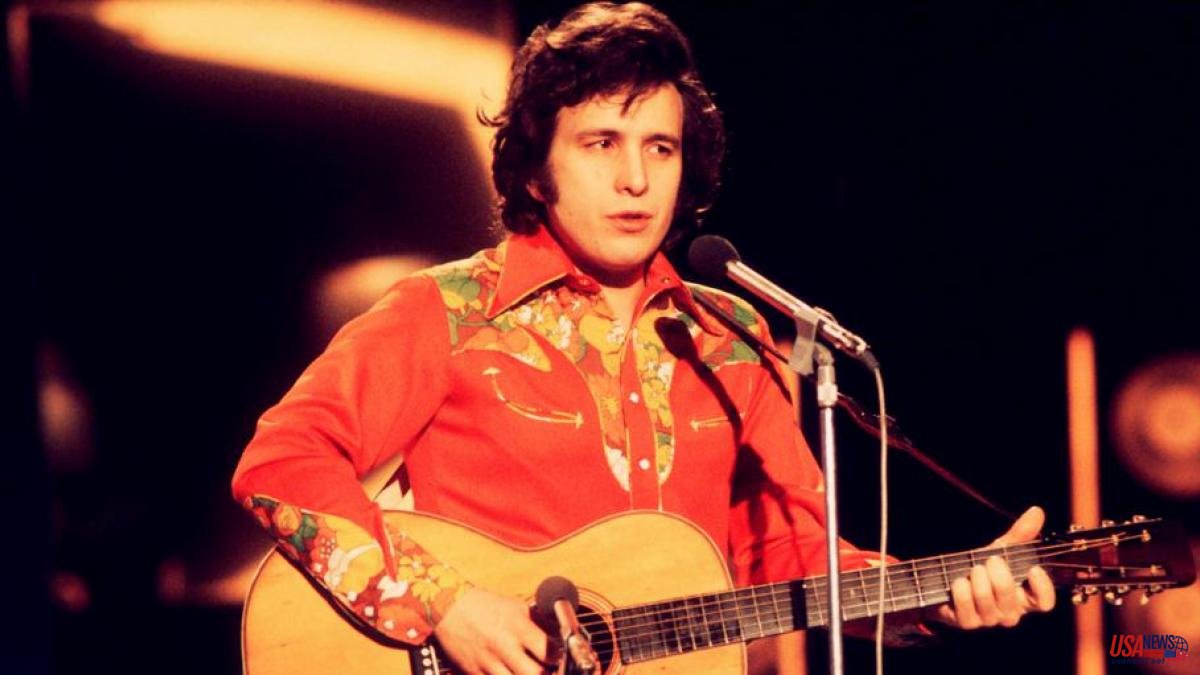 A worldwide hit song that lasts more than eight and a half minutes? And on top of that repeat over and over again the same structure of verse and chorus? If American pie didn't exist, we might think it's impossible. Who has never sung the chorus, from "bye-bye, Miss American pie" to "this will be the day that I die"?

The simple music, a folk tune with a –relatively– fast and changing rhythm, with a piano that is now gospel, now blues, and lyrics that evoke, especially in the United States, and by extension the Western world, the end of A time.

The clearest reference is "the day that music died", which refers to February 3, 1959, when Buddy Holly, The Big Bopper and Ritchie Valens died in a plane crash. They were respectively 22, 18 and 28 years old. "But February made me shiver" (but February made me shiver), he had sung at the beginning. Although the song does not directly mention the musicians anywhere. For McLean, a 13-year-old boy who sold newspapers in New Rochelle, on the outskirts of New York and a big fan of Holly, it was a loss, although not as much, of course, as the one he would suffer two years later when Holly's father died. the.

For this reason, despite the fact that his intention, as he has explained numerous times, was to write "a song about the end of the American dream" that was lived in the late sixties, it is also an autobiographical song, full of personal references that are often have been interpreted in various ways. There are pages and pages on the Internet dedicated to deciphering the long letter, which for its author is rather "an impressionist poem" with enough mystery for each one to contribute their own vision of it. In a recent documentary about the song, the musician expressed that then “the country was in an advanced state of psychic shock. All this confusion and riots and cities burning." A reflection on the cultural and political decline of his country during the sixties, especially after the assassination of President Kennedy.

The pie to which the title refers, the American pie, is in fact the famous apple pie, a symbol of the country. There can be nothing more American than that, they say, if it is not a Chevrolet car, the Chevy that also appears in the chorus to "go to the dam, but the dam has dried up."

Beyond that, listeners have seen Elvis Presley (the king), Bob Dylan (the minstrel), the Vietnam War, Kennedy himself, the Rolling Stones, Janis Joplin, drugs, the Beatles, Martin Luther King. .. But the composer has always wanted to keep the mystery and has answered questions with evasive or vague refusals. When the original manuscript was auctioned in 2015, for more than a million euros, it was already said that all the secrets of the lyrics would come to light. It was not so.

Now, McLean is convinced that the success is due more to the structure: a perfect fusion of folk, rock'n'roll and early popular music, where the introduction is the pop part and when the piano rises and accelerates towards the chorus it goes to rock, while folk is between the length and the repetition of verse and chorus successively, he once explained. Folk was one of the music he knew best, as he had played many times with the legendary Pete Seeger, from whom he learned the importance of finding a chorus that the public could sing along to, as, of course, is the case. Hummable and long, to the point that when it was released as a single it didn't fit all on one side and they had to split it in half. And yet it reached the top of the North American charts, where it was the longest song to top the charts until last year when Taylor Swift's 10 minutes of "All Too Well" passed it in front of it.

In Spain it was published by the Hispavox label, but subjected to a sonorous and picturesque censorship, at a time when not as many people as today understood English: towards the end of the song, on side B, the censor must have thought it was blasphemous mention “the Father, Son, and the Holy Ghost” to perhaps refer to Holly, Valens, and The Big Booper. They put a beep replacing the music and period, while on the back cover they deleted that verse.

In addition to the various live versions of musicians such as Garth Brooks or Bon Jovi, Madonna made a shorter version in 2000 for the film Something Almost Perfect, in which she starred with Rupert Everett. Although it reached number one in the UK, some polls also made it one of the worst cover songs of all time. Neither too much nor too little?

But what does the song mean? "It means I don't have to work anymore," she once replied. And that in the documentary he assures that he wrote it in just one hour.