Amandine Beyer has come to put the icing on the cake in the fascinating art of "well-informed" interpretation of the baroque repertoire. 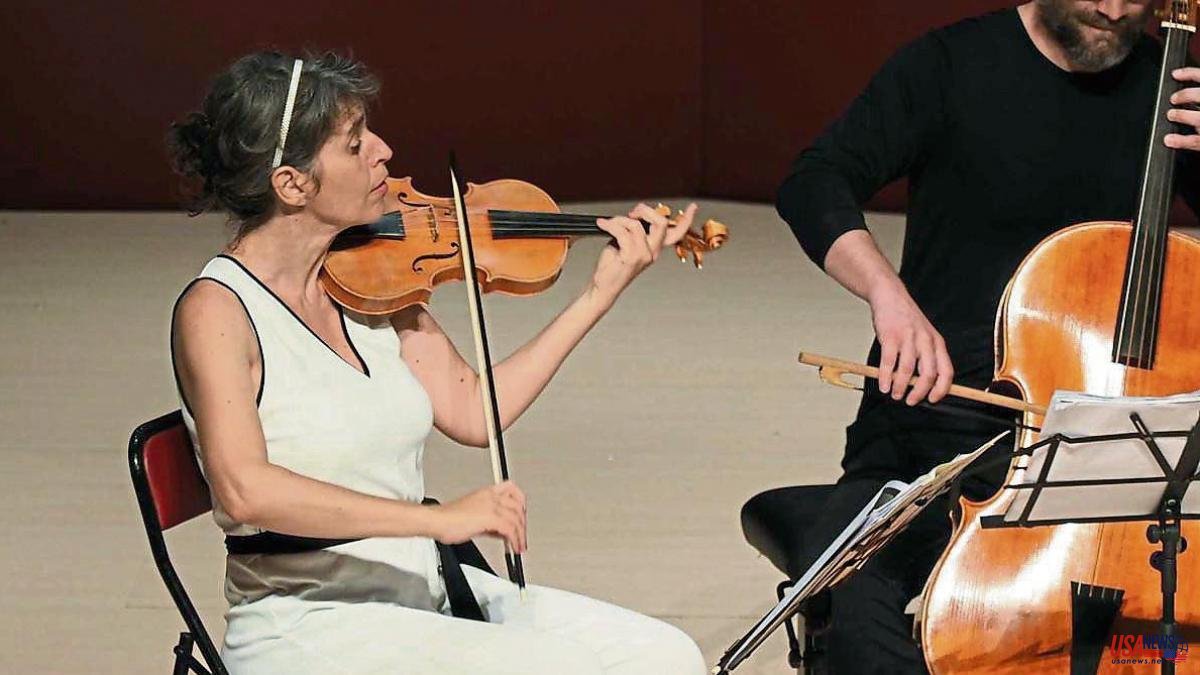 Amandine Beyer has come to put the icing on the cake in the fascinating art of "well-informed" interpretation of the baroque repertoire. Her manners with Gli Incogniti, her ensemble, are the sum of study and intuition and her recordings are already referential on the European scene. She has held some of them at the Espai Ter in Torroella de Montgrí, whose festival makes her feel at home. In 2021 she was Vivaldi, with Deutsche Grammophon.

This summer, the French artist residing in Galicia is also launching a project at the Empordà contest. It will be the next 16, with a monograph on Georg Muffat (1654-1704), which was itself a small European Union, since its mixed style brought together Italian ingredients, French aesthetics and German construction. In full summer tour, Beyer attends La Vanguardia from the Swiss Alps. "Yesterday we were in France and today we are two thousand meters away," she laughs.

A little, yes. We were considering a new project and I have taken the liberty of asking the director if she would not be interested. Because we are many, 17 musicians: eight violins, four violas, two theorbos, two cellos and a double bass. To meet the conditions here are ideal. We know each other, the city welcomes us... we'll rehearse for three days. At Gli Incogniti we try to ensure that the people in the group connect with the projects as something very personal and gradually enlarge the family. We already did it with Corelli: to be a symphonic version of the 17th century.

But Muffat is less well known.

Unfortunately yes. You almost always see it in five voices, which is something very special at the time, inspired by the Italian madrigal. So, there are two violin parts, two viola parts and one bass part, but with that fashion of concerto grosso it gives many options: theorbo, harpsichord... you can add harps, winds... we do what we can

What attracted you to this composer?

That we are talking about music and its pacifying, unifying and at the same time very regional and specific power. Nobody knows how to define his nationality, his name is rather Scottish but he was born at the foot of Mont Blanc, in Savoy, when it was neither Italy nor France. And he was very attracted to the French repertoire, he studied Lully and wrote a lot about it for the practice of music. He wrote several books on concerto grosso. Armonico Tributo is one of the important ones. And he traveled.

Did he talk about himself?

In each book he made a preface where he explained a bit about his life, style, practice, how people received his work... He was pushed south by the wars: he started in Strasbourg, then Germany... I didn't understand anything, because he tried a synthesis with Italian taste. In this sense it is a page in the history of music between Lully and Corelli, because he achieves a synthesis. It has this wonderful accent and you can't tell it's Italian or French music. Sometimes the upper parts of the French music remain from the ballets, while the bass and the rest must be filled out to one's own taste. And Muffat, who studied German composers, offers us a writing with a complete and beautiful counterpoint. A repertoire to return to for refreshment: its progressions have a soothing effect. It's like putting on a cream or doing an omega 3 diet. As a musician he leaves you nourished.

Why is it not interpreted more?

It's hard to pigeonhole. As it is not a very clear style, it does not fit into the Italian fury, the French spirit or the exuberant Germanism… and it remains in limbo. It's a shame. But every now and then we take a Muffat shower.

Would it be a creator of Europe?

He is a great creator of Europe! A conciliator of peoples, of languages ​​and styles. And he not only tried to present this Europe that was in fashion, working abroad and showing one people to another, but he integrated it into his way of writing, creating a European style. It is a Muffat sound that one can hear in the background if one is exposed to Esperanto or goes to Brussels and attends a session in Parliament with that mixture of languages. And it's a beautiful sound.

He trained in Paris, was an organist in two French towns, studied law in Bavaria, settled in Salzburg and then traveled to Italy until his death...

Yes. Muffat writes in Italian, French, Latin, German... The key is that at that time they did not travel to return home, but stayed. They were life journeys in which they discovered cultures and could develop that syncretism. And they created Europe.