Atmosphere of cultural festival and citizen excitement in the event dedicated to one of the deans of Barcelona education: the Conservatori del Liceu. 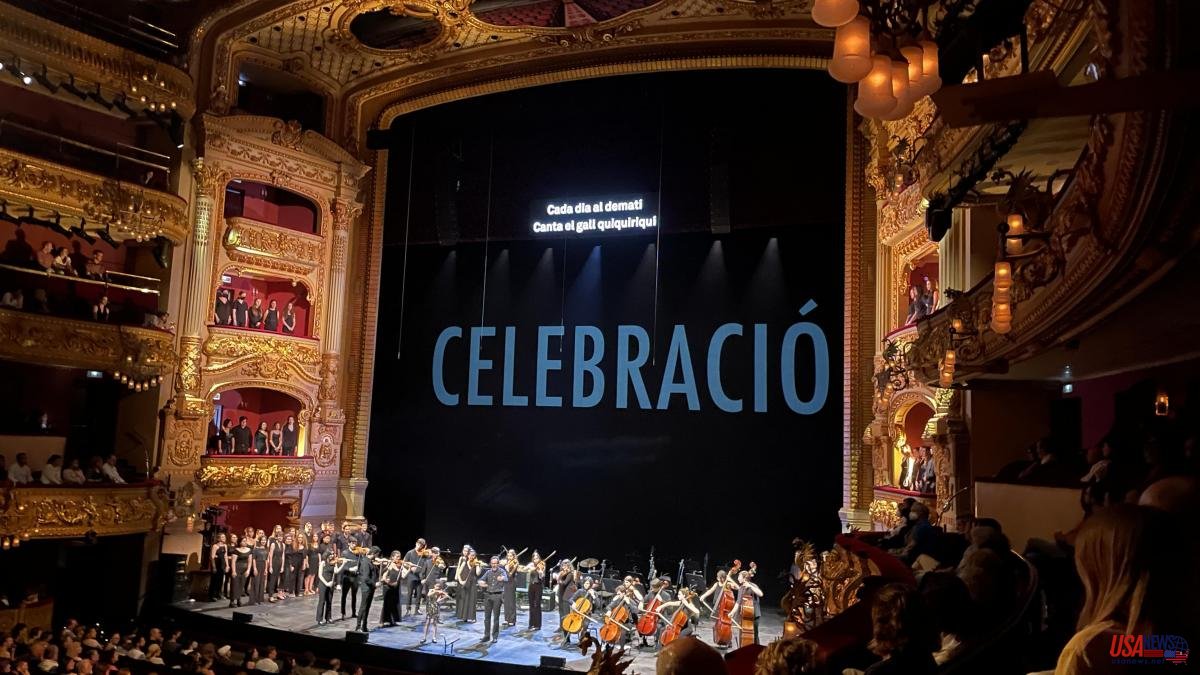 Atmosphere of cultural festival and citizen excitement in the event dedicated to one of the deans of Barcelona education: the Conservatori del Liceu. With a full Gran Teatre del Liceu and the atmosphere of the big events, the cultural and political presence of Barcelona went hand in hand for the happy event. A night where the triumph of music was the driving spirit with the motto "We grow together".

Local and national political authorities did not want to miss the party. The list was headed by Laura Borràs, president of the Parliament; Alejandro Tiana, Secretary of State for the Ministry of Education and Vocational Training; Natalia Garriga, Minister of Culture; Jaume Collboni, first deputy mayor of Barcelona; Sergi Ferrer-Salat, president of the Liceu Conservatory Foundation; and Maria Serrat, general director of this same foundation.

But among the large audience, there were several former mayors of Barcelona - such as Xavier Trias and Jordi Hereu -, former presidents of the Generalitat - Artur Mas, José Montilla, who sat next to each other and did not stop talking - Oriol Junqueres, Valentí Oviedo (general director of the Liceu), Oriol Aguilà (director of the Peralada Festival) and numerous well-known faces from the music world related to the Conservatori, such as the composer Benet Casablancas, the communicator Ramón Gener

In the speeches prior to music, Sergi Ferrer-Salat exalted, combining Spanish and Catalan, the need for society to wake up and invest in culture in the face of social values ​​in alarming decline. Maria Serrat discussed the origin of the Conservatory and how, from its original needs, the construction of the Liceu arose as a theater for her students. Laura Borràs quoted and recited the poem Orejas by the poet Fabio Morábito, as a lyrical introduction to the musical show, but not before ending with a “Visca Catalunya!”.

The event consisted of an emotional show lasting just over an hour and a half, with two sections, the one titled Variations for an Anniversary, with a beautiful visual conception by the artist Igor Cortadellas, plus a large performance of Beethoven's Choral Fantasy, both parts starring by students of the Conservatory of the children's sections, Liceu Big Band,

A party where music, always considered by many to be the poor sister of the arts, was claimed as a generator of education, culture and a protagonist in the history of the city of Barcelona.