Alliance of post-convergent parties to reinforce the candidacy of MÉSxBCN

The conversations started months ago by the founding nucleus of the MÉSxBCN platform to structure a candidacy for the center in the municipal elections on May 28 in Barcelona could have borne their first fruits. 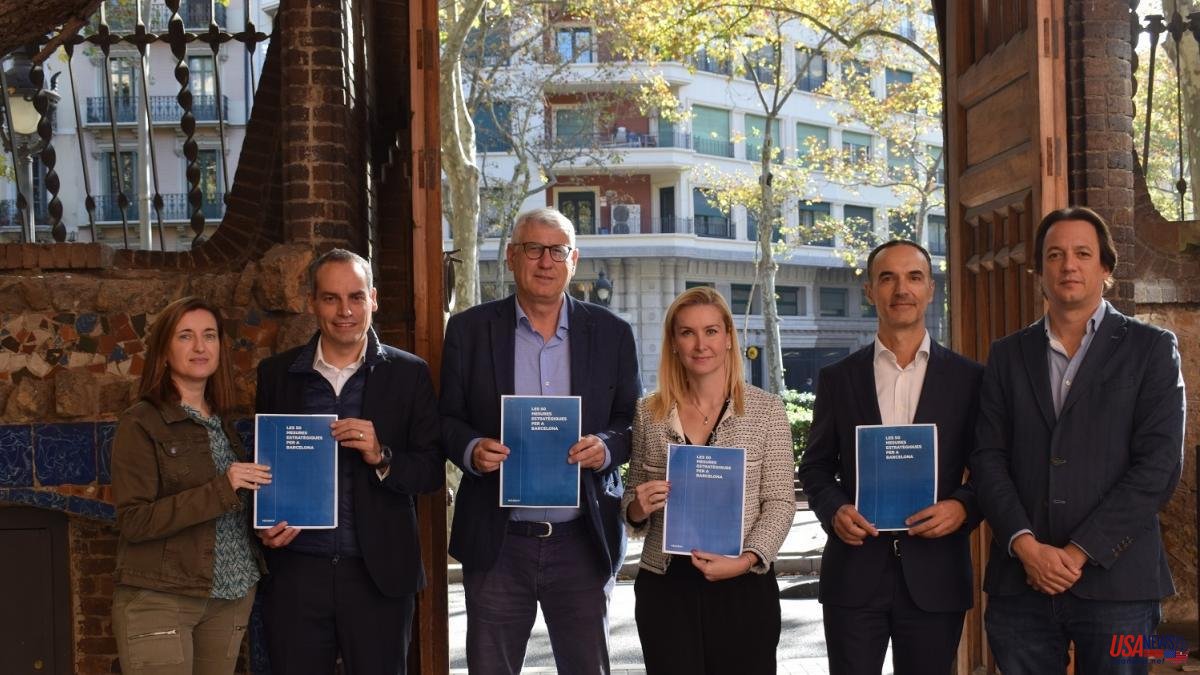 The conversations started months ago by the founding nucleus of the MÉSxBCN platform to structure a candidacy for the center in the municipal elections on May 28 in Barcelona could have borne their first fruits. Sources from this political group, currently registered as an association, have confirmed to La Vanguardia that various formations in the post-convergent orbit will form an electoral coalition under the acronym MÉSxBCN that will include PDECat, the Nationalist Party of Catalonia (PNC), Centerm i Lliures .

The verbal agreement for the creation of this candidacy does not yet presuppose a leadership or a head of the list for the elections that will be held within five months. In fact, the objective of the promoters of MÉSxBCN, among which are the journalist and neighborhood representative Luis Tusell and the economists Pedro Miret and Ana Bartolomé, is to articulate a coalition with a broad representation of Barcelona civil society, but not alien to political formations that, presenting themselves separately, have very few options to exceed the 5% bar that guarantees representation in the City Council.

Sources close to the negotiation for the achievement of this pre-agreement do not close the door to an alliance with the former mayor of Barcelona Xavier Trias, who has recently announced his intention to lead a candidacy sponsored by Junts per Catalunya but that goes beyond the initials of this game. “We will offer Trias the same thing that we have offered to the others”, these sources point out, who insist that MÉSxBCN will be a 100% Barcelona candidacy, from the city. “Our only interest is Barcelona”, they add to make it clear that aspects related to the independence process will remain outside this political initiative. "We will rule out those who consider the process as their priority," they specify.

It should be remembered that when announcing his decision to stand in the upcoming elections, Xavier Trias expressed his desire to integrate PDECat into his candidacy, a group that maintains notable representation not only in the Congress of Deputies, but also in important Catalan town halls. In the coming months, as the elections approach and the candidacies are formalized, an interesting debate will be raised around the electoral rights of each party, a debate in which the PDECat hopes to have several aces up its sleeve.

The promoters of MÉSxBCN assure that they are totally open to new incorporations, including that of former FC Barcelona president Sandro Rosell, who a few days ago said that in the near future he will announce whether he will run for mayor of Barcelona leading a citizen candidacy or if he resigns from this possibility

MÉSxBCN reared its head in the Barcelona urban landscape last summer, among other actions, with the placement of an enigmatic giant banner on a dividing wall near Plaça Lesseps with the slogan “I am looking for a mayor”. At the moment it does not have a candidate for that position, but last November it already presented a document with 50 proposals from Barcelona that are the basis of its program and of the negotiation with other political formations.