All the images of Spain's arrival in Doha

After the last test in the form of a friendly, dispatched with victory against Jordan, the Spanish team is already resting in Doha, where it landed last morning from Amman to look for its second champion star in the Qatar 2022 World Cup. 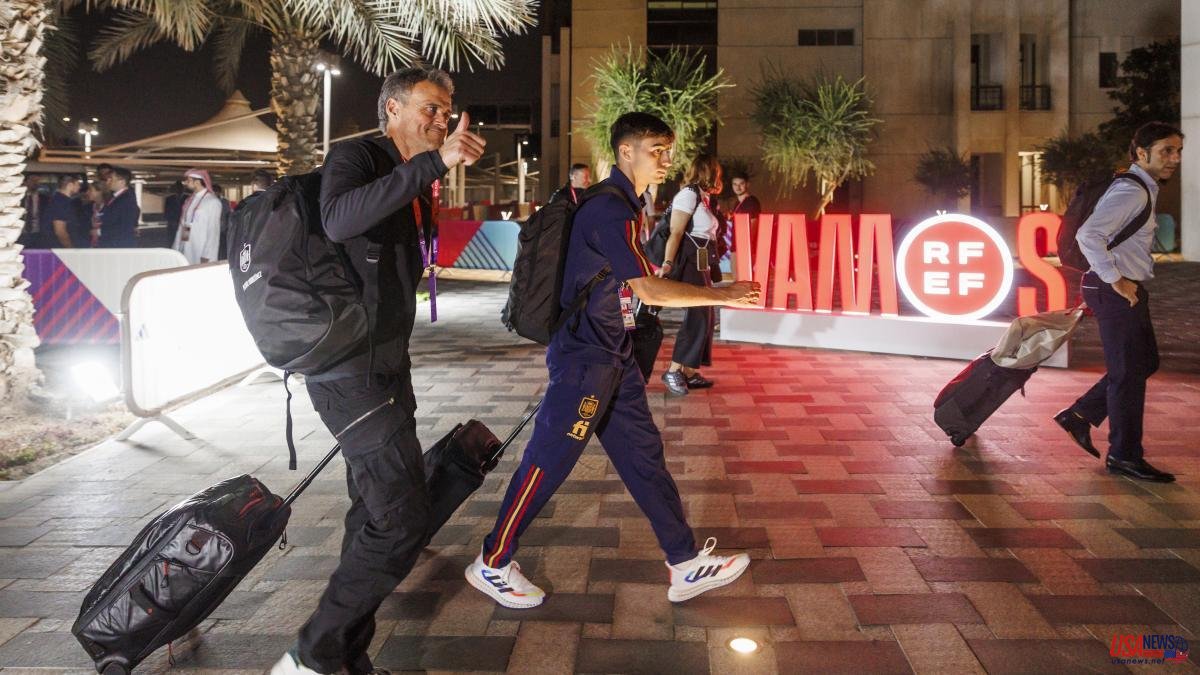 After the last test in the form of a friendly, dispatched with victory against Jordan, the Spanish team is already resting in Doha, where it landed last morning from Amman to look for its second champion star in the Qatar 2022 World Cup. With the illusion by flag and pending of the evolution of José Luis Gayá, who suffers a sprained ankle and will announce on Friday if he can play the World Cup or the coach Luis Enrique calls a substitute.

Half an hour behind the scheduled time, the expedition led by Luis Enrique landed on Qatari soil, passed passport controls and was received by dozens of followers in the middle of the night.

Spain moved after the triumph at the home of Jordan with goals from Ansu Fati, Gavi and Nico Williams (1-3), in a short flight and felt the change of weather as soon as they landed with 27 degrees of temperature when the 26 internationals left the charter to go to the bus that took them to the University of Qatar, where they will remain concentrated throughout the World Cup.

With the president of the Royal Spanish Football Federation (RFEF), Luis Rubiales, and the coach Luis Enrique at the head of the expedition, the 26 players who will play in the Qatar 2022 World Cup showed serious and tired faces on their arrival in Doha in the dawn.

On Friday from 7:00 p.m. local time they will make the first contact with an afternoon session in which the return of Álvaro Morata, Marcos Llorente and Hugo Guillamón, who are absent in the friendly due to slight physical discomfort, are expected. The World Cup starts on Sunday and Spain's debut will take place on Wednesday against Costa Rica.