All Spaniards: you can now vote 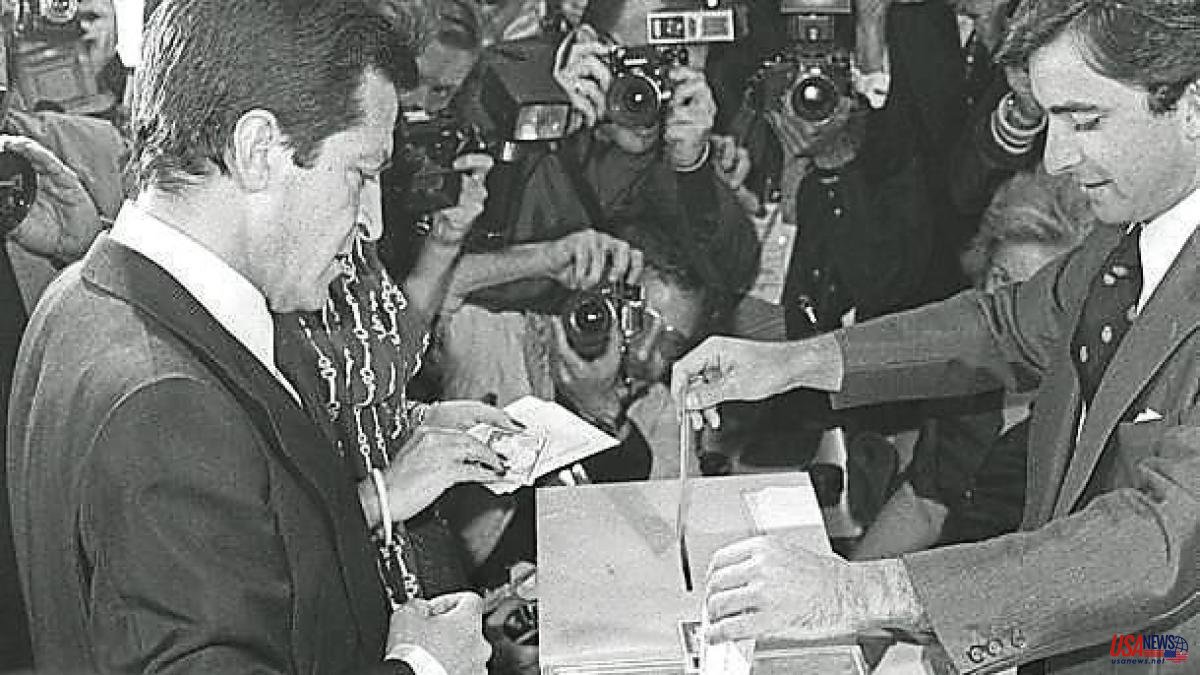 "Vote freedom, the safe path to democracy", radios and televisions thunder. Adolfo Suárez, Prime Minister, launches his candidacy by surprise, at the head of the UCD, in the first elections in 41 years. The PSOE rises as its clearest opponent, with a young leader with a future, Felipe González The PCE, recently legalized, with Santiago Carrillo, divides the left.

With Franco dead, freedom and optimism are breathed. The Spanish have just supported the bill for Political Reform and on June 15, 1977, they go to the polls en masse.

The two moderate parties triumph: UCD, which obtains a comfortable majority that allows it to govern, and PSOE, which has become the hegemonic force of the left. Together they account for almost 70% of the votes. They are followed by communists and Popular Alliance. In Catalonia, the socialists reach the majority, followed by the PSUC, the Pacte Democràtic per Catalunya, led by Jordi Pujol, and the UCDE. Democracy is here to stay.