Algeria sentences 49 people to death for a lynching in Kabylia

An Algerian court sentenced 49 people to death on Thursday for the brutal killing by a mob of a painter who was suspected of starting devastating forest fires but was actually helping to fight them, according to defense lawyers and the state news agency. 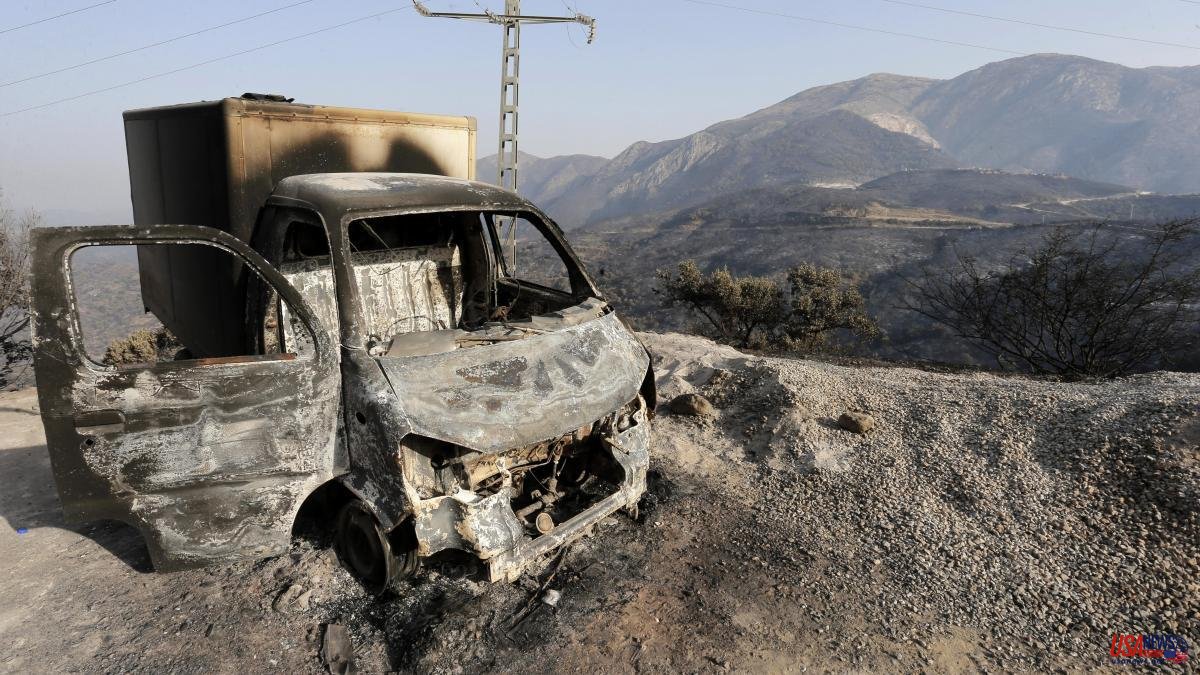 An Algerian court sentenced 49 people to death on Thursday for the brutal killing by a mob of a painter who was suspected of starting devastating forest fires but was actually helping to fight them, according to defense lawyers and the state news agency.

The murder last year in the Kabylia region of north-eastern Algeria shocked the country, especially after graphic images were shared on social media. The violent death came as the mountainous Berber region was reeling from wildfires that killed around 90 people, including soldiers trying to control the flames.

The trial for the murder of artist Djamel Bensmail involved more than 100 suspects, most of whom were found guilty of some role in his death. Despite the death sentences, the sentences are likely to be commuted to life imprisonment as Algeria has had a moratorium on executions for decades.

Thirty-eight other defendants received sentences ranging from two to 12 years in prison, said lawyer Hakim Saheb, a member of a collective of volunteer defense lawyers at the trial.

As wildfires raged through the region in August 2021, Ben Ismail tweeted that he was heading to the Kabylia region, 320 kilometers from his home, to "give our friends a hand" in the fight against the fires.

Upon his arrival in Larbaa Nath Irathen, a village hard hit by the fires, some local residents accused him of being an arsonist, apparently because he was not from the area. After learning that he was suspected of starting the fire in the forest, Bensmaïl turned himself in to the police.

Images published on social networks show how the crowd surrounded the police vehicle in which he was and took him out after hitting him. Later he was burned alive, while several people took selfies in front of his corpse.

These events, together with the images that ran through social networks, aroused a wave of indignation throughout the country. Selfie takers tried to cover their tracks, but netizens across the country compiled videos and took screenshots so the crime wouldn't go unpunished. Among those accused were three women and a man who stabbed the inert body of the victim before burning it. Police have claimed that these photos helped identify the suspects.

The trial also had a political background. Five people were sentenced in absentia for both their role in the killing and for belonging to or supporting a banned Kabyle separatist movement called the MAK, Saheb said.

The leader of the movement, Ferhat M'henni, who lives in France, was sentenced to life imprisonment on charges related to the murder of Djamel Bensmail, according to the official APS news agency. Four co-defendants who went on the run, including the Mehenni's deputy, Brahim Balabès, received the same sentence.

The Algerian authorities had accused the separatist movement of being responsible for the fires and the death of the young man. Some of the arrested suspects had confessed to belonging to the MAK, according to confessions filmed and broadcast on Algerian television. However, defense lawyers said the confessions were extracted under torture and called the trial a political ruse aimed at stigmatizing the Kabylia region.

At the time of the fires, the region was the last stronghold of the pro-democracy protest movement that helped oust President Abdelaziz Bouteflika. Hundreds of Algerian citizens have been jailed for trying to keep alive the Hirak movement, whose marches have been banned by Algeria's army-backed government.