Alexia: "Winning the Cup is important, not because of what happened in the Champions League, because we are Barça"

After showing by eliminating Real Madrid that they had recovered from the severe setback caused by the defeat against Lyon in the Champions League final less than a week ago, in the Barça dressing room they want to "continue making history". 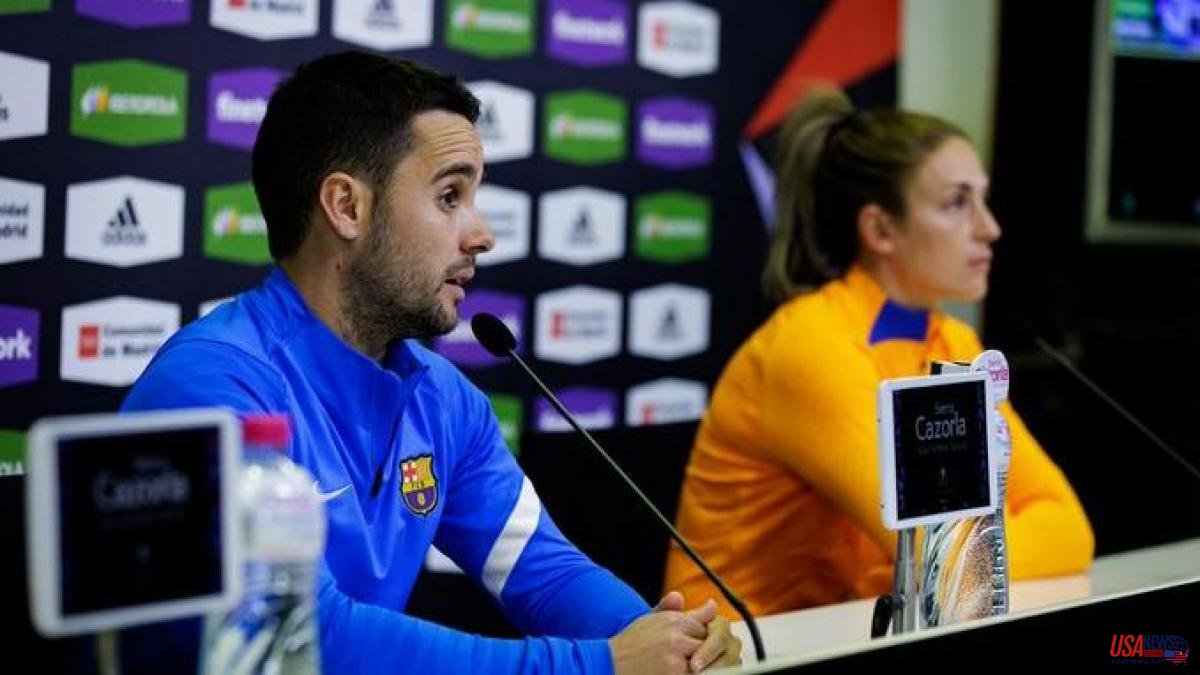 After showing by eliminating Real Madrid that they had recovered from the severe setback caused by the defeat against Lyon in the Champions League final less than a week ago, in the Barça dressing room they want to "continue making history". "It's the last title of the season and the team is very motivated, wanting to win," says Alexia Putellas. For the Barça captain, lifting the Copa de la Reina “is important not because of what happened in the Champions League final, but because we are Barça and we have to compete for every title”.

The one from Mollet del Vallès has put into perspective the great season they are completing, in which they have been proclaimed champions of the League and the Super Cup: “We have managed to reach the final of all competitions this season. We have recovered from the defeat against Lyon, we eliminated Real Madrid and we really want to win".

The match will be played at 11:30 a.m. at the Santo Domingo de Alcorcón stadium. A schedule unworthy of a final in which temperatures that can exceed 30 degrees are expected. "At 30-40 degrees it doesn't give up the same as at 20", Alexia acknowledged, without going into much more value on the schedule, while the coach, Jonatan Giráldez, has also been reserved: "I focus on things that depend From me, neither the field nor the schedule is decided by me, but it is the time at which we train every day”.

The Madrid stadium, with a capacity for just over five thousand spectators, has also been the subject of debate due to the few spectators it will be able to hold, something to which Alexia has responded: "It is true that the experiences of the Camp Nou and Turin are not they will be able to repeat, but we are focused on winning the title and doing the best we can”.

On a personal note, the Barça captain has assessed this season in which her name has traveled the world since she won the Ballon d'Or in November: “It has been a season with many changes. Things have happened that have been intense, many moments that she was not used to and I have known how to adapt ”.

Finally, Alexia wanted to point out her words after the defeat in the Champions League final, when she denounced that no matter how much they trained, the competitive rhythm that Lyon had in the French League was not the same as that of Barça in the First Iberdrola . “I was referring to the intensity and anyone who has played in the French and Spanish leagues can tell you. I didn't mean to say that it was better or worse, but that one of its virtues is the level of intensity. In Spain the virtues are in the quality of the player, but at the level of intensity it is different. I wanted to nuance it,” he explained.