There was no possible consolation. 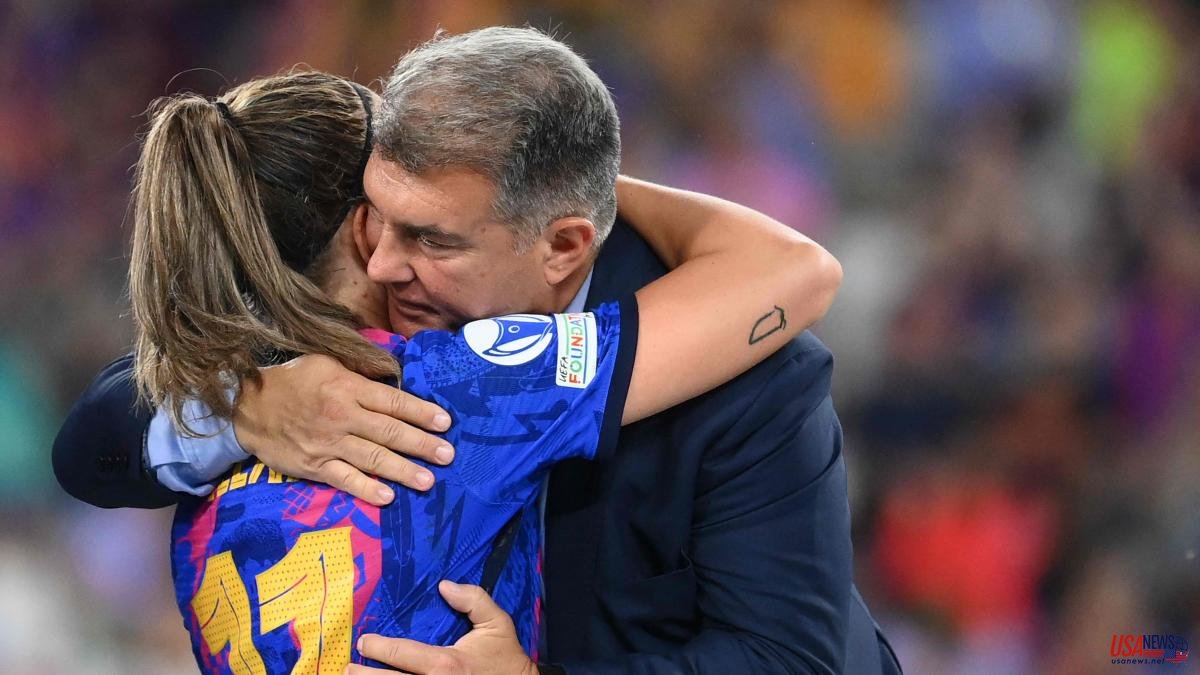 There was no possible consolation. The Barça players ended the game devastated, lying on the green of Juventus Stadium in tears. The disappointment for wanting and not being able to reissue the title of European champions bore the name of all of them but especially that of Alexia Putellas. “I am annoyed, like all my colleagues. I feel very bad for all these people who have beaten themselves from Barcelona to come here. We have not been able to make them have a good memory, ”she acknowledged with a broken voice. It was difficult for the captain to get up, but finally, relying on the words of coach Jonatan Giráldez, she joined the rest of her teammates to thank the 15,000 Barça fans for their presence in Turin against the 2,000 of Olympique de Lyon. The public, as she did throughout the game, responded with applause. That battle, the one in the stands, Barça did win it.

“We felt like we were playing at home. Unfortunately we have not been able to give them this title”, lamented coach Jonatan Giráldez. “It looked like Camp Nou or Johan Cruyff. We feel bad about the result. It was in our hands to win it. They have had three chances and they have been very decisive. We haven't played a good game. Now we have to keep working and improving”, lamented the goalkeeper Sandra Paños.

With much regret, the entire squad made their way to midfield to collect the European runners-up medal presented to them by UEFA President Aleksander Čeferin. Meanwhile, Olympique de Lyon applauded them. "Good job," Sonia Bompastor, a French coach, told Giráldez.

The Blaugrana remained stoically on the pitch, conveying respect and sportsmanship. Later, once again, they went around the stadium together with president Joan Laporta to thank the fans for their warmth. “I am very proud of this team. The players are referents for the club, for the city and for everyone. I have seen them badly but they have told me that they will return, ”said the maximum president. “We want to tell all the Barcelona fans who support us that we will win the Champions League again and that it will be soon”, said midfielder Patri Guijarro. "We want to continue making history," said Paños.

Soccer-wise, the players and the coach agreed that they had lacked concentration. Especially in the first half. “We have lost many balls in the opposite field. And these types of teams do not forgive him. Sometimes you win and other times you learn,” Giráldez said. "The third goal can't be scored against us," added Guijjaro.

But it was Alexia who reopened the eternal debate. The captain called for the professionalization of women's football. “As much as we train and try hard, we need this competitive pace. And it is not what we live day by day in the national championships”, reflected Putellas. "I hope it's a matter of time. We must push, improve the infrastructures... many things must change”, she added, giving the example of Barça. "This club has led everything and we should be proud and grateful," said Putellas.